Bigg Boss 11: All you need to know about Shilpa Shinde's love affair with Romit Raj and their messy break-up

Bigg Boss 11 contestant Shilpa was to get married to TV actor Romit Raj, but their wedding was called off at the last moment

Although Shilpa Shinde's name as a probable contestant on Bigg Boss 11 was doing the rounds from few weeks before the premiere episode went on-air, but we didn't really expected to see her get locked inside the Bigg Boss house this year. So naturally, we were quite surprised when host Salman Khan introduced her as a celebrity contestant on the maiden episode of Bigg Boss 11, which aired on Sunday (October 1). And the controversy that she was embroiled in few months back followed her to the high voltage reality show when she got into an argument with her co-contestant Vikas Gupta right in front of Salman. Also Read - Mother's Day 2021: Urvashi Dholakia fondly reminisces how her twin boys would 'boss' their classmates with her Komolika image [EXCLUSIVE VIDEO]

Without getting into the details of it (because we have already told you), Shilpa and Vikas share quite a controversial history wherein the latter was somewhere responsible for Shilpa's ouster from &TV's hit show, Bhabi Ji Ghar Par Hai! Also Read - Rakhi Sawant calls her husband Ritesh a 'WhatsApp friend'; says he yelled at her for talking about him on Bigg Boss 14

But then this is not the only thing in Shilpa's life that became a talking point, as her love affair and the break-up also became the talk of the town at one point of time. Shilpa was engaged to TV actor Romit Raj. Their love story started from the sets of their TV show, Maayka (2007 to 2009). After dating for sometime, they decided to take their relationship to the next level and got engaged. Their wedding was supposed to take place in the beautiful locales of Goa. In fact, their wedding cards too were ready. But then it was called off at the last moment, and no one really knew the reason until in 2009, Shilpa opened about it in an interview with Tellychakkar. ALSO READ: Bigg Boss 11: Shilpa Shinde and Vikas Gupta’s showdown was expected, says Bhabhi Ji Ghar Par Hai co-star Aasif Sheikh Also Read - SHOCKING! Sidharth Shukla didn't want to enter Bigg Boss – you'll never believe what changed his mind

A distraught Shilpa had revealed that she took a lot of care of him and his parents, but that was not enough for them as she said, “I had left everything because of my marriage. As a girl I know what my responsibility towards my husband and his family is and I used to do everything according to his will. I kept all his family members in mind but he still expected more from me. In fact I always used to give my shooting time to them due to which I stopped getting offers because of my terms and conditions …Whatever I was able to do I did and more than him I spent my time with his family. But now when we have split no one from his family has even bothered to call me and speak to me. I find this very strange I was feeling as I had done so much for them.”

She added, "My wedding preparations were done, my wedding outfit was ready, I had even bought my jewellery and the cards were also printed. It is very sad that I had to call off my marriage one month prior to the actual date. But I feel it is a wise decision and I am very happy that at least now I won’t have to make adjustments for each and every single thing. I will now be able to take my own decisions.”

Romit also spoke about it to the same portal as he was quoted as saying, "Yes, it’s true we have parted ways and our wedding is called off on a mutual understanding. I just want to wish her all the very best and may she get all the happiness.” He then went on to marry Tina Kakkar in 2010. 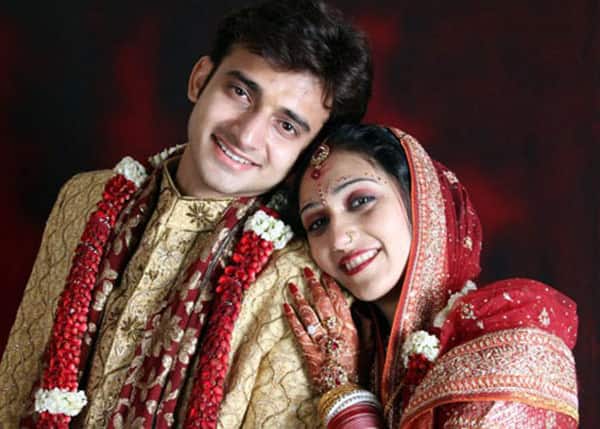 Now that Shilpa is inside the Bigg Boss house, her affair with Romit will obviously become a talk of the house at one point.