Puneesh was hiding something about his personal life all this while

Puneesh Sharma made quite an entry in Bigg Boss 11. In the AV that was played after he set foot inside the Bigg Boss house, we got to know that he is a typical rich spoilt brat from Delhi, who has a construction company, invests in nightclubs, lives to party and likes only beautiful girls. In all this, he never really spoke about his current relationship status. Then he started getting all touchy with Bandgi Kalra (although for the cameras as admitted by both of them), everyone assumed that he is single, but turns out he is not. Also Read - Bigg Boss 11 contestant Bandgi Kalra rocks THIS striped monokini in Goa — view pics

A Tellychakkar report states that Puneesh is married. However, he is separated from his wife and has filed for divorce. “Puneesh, who is almost 34-year-old, has not only lied about his age at the reality show, he has also hidden his marital status. He is, at present, separated from his wife and has filed papers for divorce,” a source close to him was quoted by the portal. And for those of you who are wondering what went wrong in their marriage then apparently it was Puneesh's lavish lifestyle that was a major problem. “The reason he has separated from his wife and wants a divorce because she couldn’t live upto his playboy lifestyle,” the source was further quoted. ALSO READ: Exclusive Bigg Boss 11: Vikas Gupta’s brother Siddharthh calls Shilpa Shinde a ‘bhoot’ Also Read - Bigg Boss 14: Devoleena Bhattacharjee, Kamya Panjabi, Bandgi Kalra come out in praise of Rakhi Sawant — read tweets 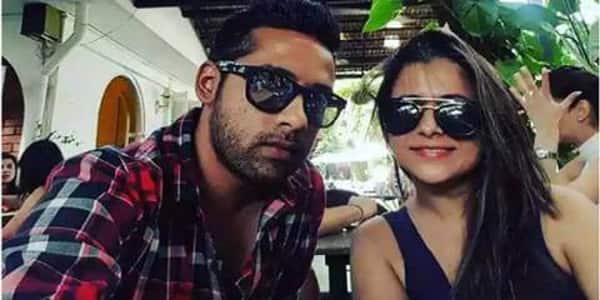 We told you that Bandgi's boyfriend, Dennis Nagpal, who is a TV producer is highly upset with Bandgi and Puneesh's closeness on the show. It was quite evident from the series of tweets that he has been sending out from his Twitter account since past few days. In one of the tweets he also confirmed about Puneesh's marriage and that it's too low for him to get all touchy with Bandgi, who is 11-years-younger to him.

Well, Bandgi and Puneesh's fake romance might take them ahead in the game for now, but they both will have to deal with a lot once they come out of the house.