Bigg Boss 11: Here's how the contestants celebrated Diwali inside the house - view pics

Diwali celebrations have begun inside the Bigg Boss house too

Day 17 inside the Bigg Boss house was an eventful one. It started with Vikas Gupta’ team strategizing their war plan against Puneesh Sharma’s team in the luxury budget task, moving on to delectable goodies baked by Sabyasachi Satapathy and finally, towards the end of the day - Diwali sweets by Bigg Boss. Also Read - From publicly revealing that ex-BF Karan Kundrra cheated on her to being slut-shamed – here are rumoured Bigg Boss OTT contestant Anusha Dandekar’s biggest controversies

Early in the morning, Vikas, who is in the jail for attacking Puneesh during the task was agitated, and now with Arshi Khan alongside him, he asked her to help him in his team’s challenge against team Puneesh. He clearly hasn’t been able to get over the events of the previous day. He asked Arshi to get two boxes – and gloves. He donned the rubber gloves, and got all set to start collecting insects. He kept the dead insects in one box and all live ones in the other. Also Read - Trending TV News Today: Nisha Rawal's Bigg Boss participation rumours amidst legal battle with Karan Mehra, Aishwarya Sharma inks Neil Bhatt's name on her hand and more

While he was doing that, Hina Khan was speaking to the team members about how they will not give the other team any time to recuperate between attacks – there will be a constant onslaught. ALSO READ: Bigg Boss 11: Sapna Choudhary is not getting eliminated anytime soon – here’s why Also Read - Bigg Boss 15: Nisha Rawal in talks with Salman Khan's controversial show; shares a cryptic post amid legal battle with Karan Mehra 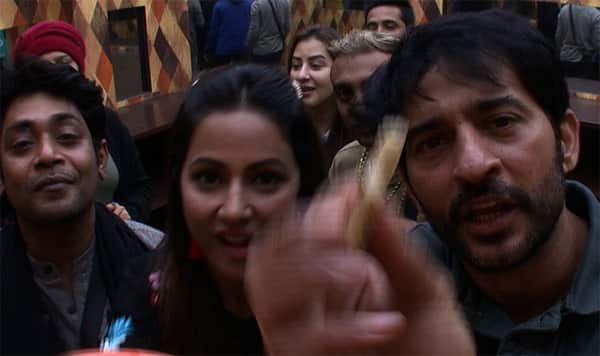 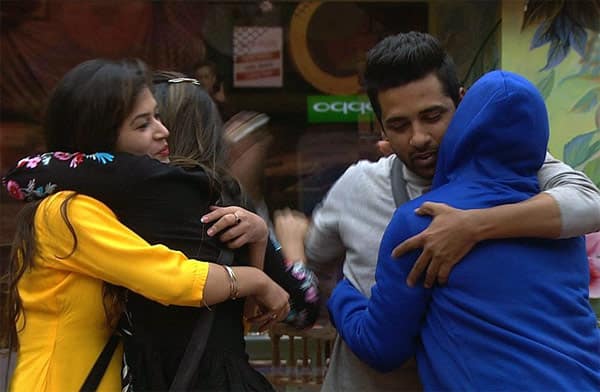 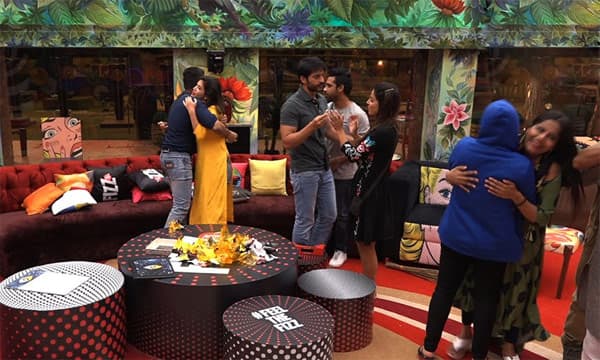 As the day progresses, on popular demand, Sabyasachi baked an apple pie and a special cake for the contestants, which is loved by everyone. They all wish each other Happy Diwali. Hugs and kisses are passed around – some warmer and more affectionate than the others.

Bigg Boss even sent sweets to the contestants, after all - they’ve been his guests for over two weeks now. They were all smiles when the beautiful gift wrapping is opened, and the sweets are revealed. They fed each other, and even offer cake and pie to Bigg Boss.