Bigg Boss 11: Salman Khan's reaction to Jallad laughing for the first time is too amusing to miss - watch video

Bigg Boss 11: Jallad is played by Chintan Gangar on the reality show and we saw him laughing for the first time. 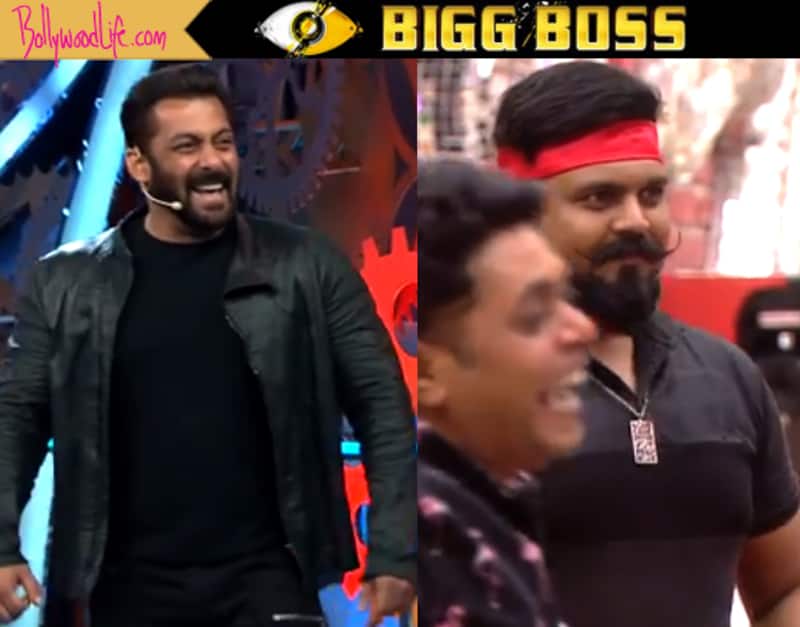 We have seen many memorable moments on Bigg Boss over the past many years. But we will not listen to any contrary statements, as hands down, the most memorable one happened on the last episode. Over the Weekend, Jallad, the character that has become popular on the show, entered the house. You see Jallad is known for his staunch silence and his ardent refusal to smile even when Salman Khan himself is insisting him to. But a miracle happened on the previous episode as the jallad was left in splits after a hilarious moment with Akash Dadlani. As a form of punishment, Bigg Boss ordered Akash Dadlani to get his chest waxed and the person who carried out the task was jallad. After two strip offs, Akash started screaming in pain, and jallad just could not help but laugh. The contestants gathered around him as if it was the 8th wonder of the world. Certainly, history has been created. Also Read - Bigg Boss 16: Sunny Waghchoure of Golden Boys CONFIRMED as a wild card contestant; 4 more 'challengers' to enter Salman Khan's show? [VIEW LIST]

Jallad is played by Chintan Gangar on the reality show. His character provides for enough comical moments without saying anything, imagine how awesome it must have been to see him laugh for the first time. Chintan (jallad) went missing from the tenth season of Bigg Boss, but is back for 11th. And with moments like last night, we can only say he is the new and improved version. Also Read - Bigg Boss 16: Shiv Thakare fans are FURIOUS as Archana Gautam mocks his BB Marathi win; demand immediate apology [VIEW TWEETS]

Jallad finally laughs, it's true! For the first time ever in the history of Bigg Boss, the waxing task had Jallad in splits! #BB11 pic.twitter.com/vyYqO4P9Th

"It is only because of Salman Khan that I am part of Bigg Boss. I would have left post the first season but his insistence and love made me sustain my participation. Till the time he is there, whenever he will summon me, I will be there for him on the stage." Chintan has earlier said in an interview. Also Read - Prabhas-Kriti Sanon, Ananya Panday-Kartik Aaryan and more: When friends revealed all about secret relationships of Bollywood actors