The latest luxury budget task, Khuljaa Sim Sim on Bigg Boss 11 caused a havoc inside the house. The contestants crossed all the limits. They made comments on each other's families, directed racist slurs and of course cast aspersions on each other’s characters. Team blue, which had Vikas Gupta, Jyoti Kumari, Akash Dadlani, Bandgi Kalra, Puneesh Sharma and Arshi Khan that were announced to be the winners. Also Read - Bigg Boss 14: Vikas Gupta explains to Aly Goni how he became the 'mastermind'; talks about his rivalry with Akash Dadlani

Dhinchak Pooja (known as Pooja Jain in smaller circles), who made a wild card entry just few days back couldn't deal with the task. She was in the red team and while her teammates played the task till the end, the cringe pop queen decided to quit. Soon she started crying and said she is not used to do all this, and hence she called it quits. This obviously didn’t go down well with her team members, especially Hina Khan. Later when Bigg Boss asked the housemates to name one worst performer in the task, almost all of them picked Pooja and hence she was sent in the jail. ALSO READ: Bigg Boss 11: Priyank Sharma’s re-entry drives this contestant crazy – find out who! Also Read - Bigg Boss 11 contestant Aakash Dadlani to make a wild card entry in MTV Ace of Space; says ‘he is here only for Vikas Gupta’ 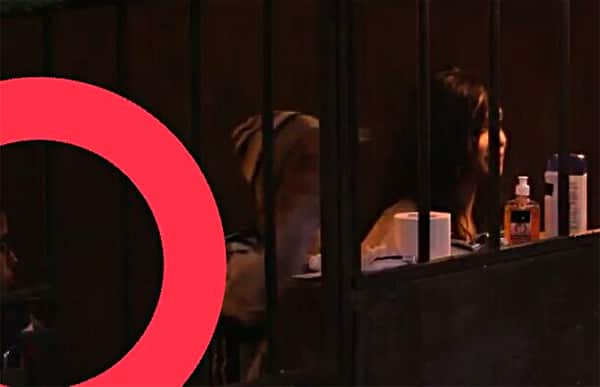 And now two other contestants have joined her in the jail and they are Arshi Khan and Akash Dadlani. Since Hina is the captain of the house, Bigg Boss asked her to pick two more contestants that will go in the jail and considering the trouble that Akash and Arshi gave her during the task, she picked their names.

So now Arshi, Akash and Pooja have been locked inside the jail. We'll get to watch all of this on tonight's episode of Bigg Boss 11.