Vikas stopped Puneesh and Akash and asked them not to talk about these things on national television. 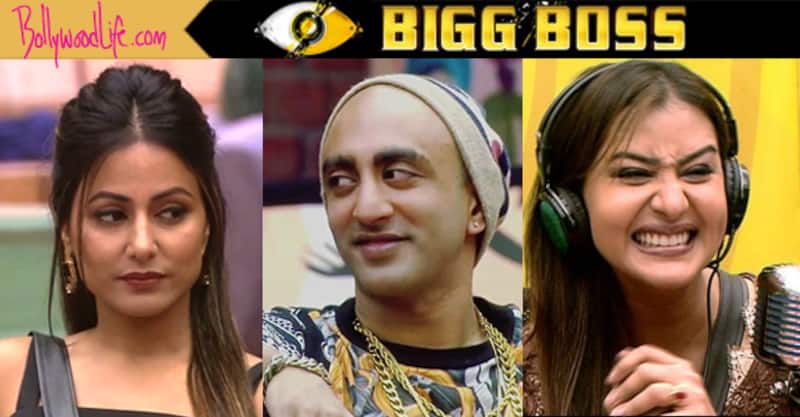 The press conference of Big Boss 11, this weekend, was quite shocking for not just the media but for the housemates as well. The Q&A session turned out to be an assembly of washing dirty linen in public for the five finalists. The most shocking gossip was when Hina Khan and Shilpa Shinde talked about Akash Dadlani being a pervert, with Puneesh Sharma. In the heat of the discussion, Puneesh revealed that Akash has a habit of smelling ladies' undergarments. Much to the yuck response of all journalist, this was the most shocking element of the press conference that happened this week on the sets of the house located in Lonavala. Also Read - Bigg Boss 16: A look at ex contestants who kissed on camera and became intimate on Salman Khan's reality show

A journalist questioned Akash that he has, many times, tried to touch Shilpa Shinde in an inappropriate manner. This argument was supported by Hina Khan. Akash accepted his mistake and said he did that without any wrong intentions and never meant that. At that moment Puneesh quipped about Akash's fetish. It was at this moment Vikas stopped Puneesh and Akash and asked them not to talk about these things on national television. Also Read - Bigg Boss 11 fame Priyank Sharma gets beaten up by an unidentified man at Ghaziabad hospital; files police complaint

The PC also questioned the hygiene habits of all contestants. Hina talked about how Shilpa keeps her cupboard untidy. The argument went to Puneesh revealing that Hina spends one and half hour in the Bathroom. Hina, as a retort, quipped on the colour of Puneesh's teeth. So the Bigg boss contestants went on to talk rubbish in front of the national media. Also Read - Cannes 2022: Hina Khan believes it will take 50 years for Indian TV content to change

Shilpa Shinde got the media's applause when everyone accused her of not doing the tasks and just being in the kitchen. At that moment Shilpa started crying and Puneesh supported her and said that she is a like a housewife who always gets the flak of just being in the kitchen. This thing which aired in the show made Shilpa getting the brownie points with this victim card.

So all in all the finalists justified their actions in the press conference. While media was refrained from talking to contestants about the social media buzz, the housemates seem to be aware of their frenzy. Since the time they visited the mall and saw the crowd hysteria they seem to have gathered their popularity. So this week there will be one more voting and that leaves the 4 finalists that go for the finale on 14 January.