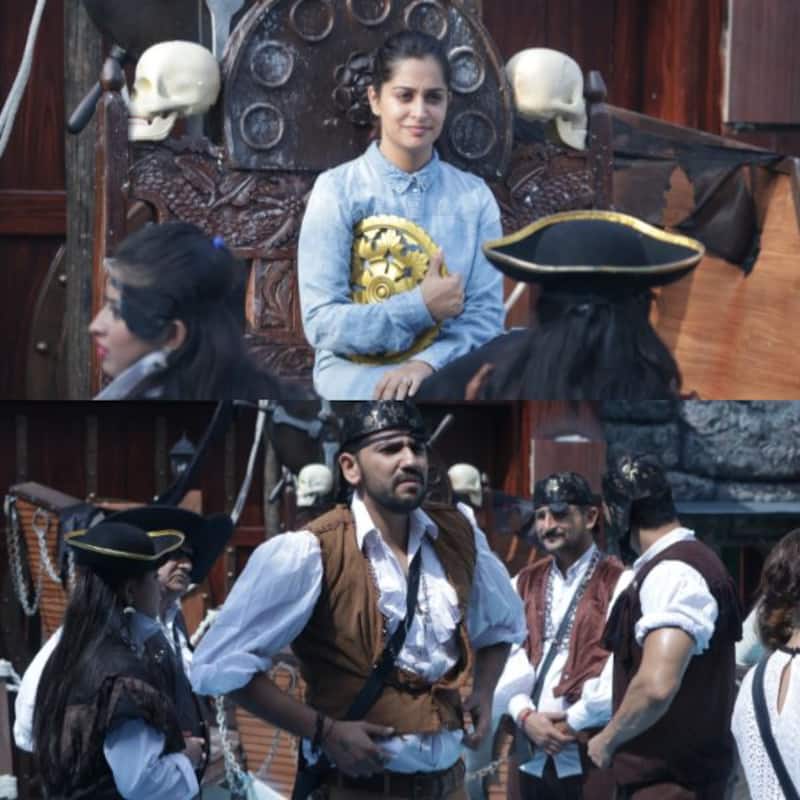 Today's episode of Bigg Boss 12 starts with Bigg Boss waking the inmates with the song Saat Samundar Paar. Everyone is wondering what the recent setup is for. Also Read - Shoaib Ibrahim and Dipika Kakar introduce sister Saba's to-be-husband; drop deets about their romance, upcoming wedding

Deepak, Nirmal and Sourabh have a conversation. Deepak says he is emotional. Nirmal calls Somi and says that she will be the captain of the ship that is outside. Somi laughs. Also Read - Dipika Kakar gives the best birthday gift to her husband Shoaib Ibrahim; its cost will leave you in a tizzy

Bigg Boss suddenly rings the hooter and Kriti finds Deepak is sleeping. Deepak requests Bigg Boss to call a doctor because he is sick. Sourabh and Deepak have a heated discussion. While Sourabh thinks Deepak is joking, a misunderstanding starts and both keep on fighting. Also Read - Happy birthday Shoaib Ibrahim: It's family above all for the Ishq Mein Marjawan actor and here's proof

This week's luxury budget task, Samudri Lootere is announced. The task will involve celebrity contestant owning a golden ring and will also be prisoners to the jodis. The jodis had to torment them until they surrender and hand over the golden ring to the jodi’s. Jodi Kriti – Roshmi were the ‘Sanchalak’ of the task while on the other hand, Sreesanth guides and supports his celebrity team as doctors have asked him to stay away from the task.

Bigg Boss 12: And the winners of the luxury budget task are...

Nehha goes to protect the ring first. The jodis start torturing her. Sreesanth and team ask her to stay strong. The jodi team keep on torturing. Sreesanth tries to give up. Srishty asks him to stay strong and motivates him. Saba tries to force, Sreesanth gets angry and says he will slap her. But the team calms him down. Saba and Somi keep torturing Nehha. Bigg Boss declares that Nehha's time is up. The ring stays with the singles. Sreesanth feels bad. Karanvir calms him down.

Deepika and Sreesanth plan to send Srishty next. Saba and Somi start torturing her. Shampoo goes inside her eyes and she gives up. After losing she cries and her teammates motivate her.

Dipika goes. After getting tortured, Dipika feels claustrophobic and moves. Kriti and Roshmi disqualify Dipika as she moves a little from the chair. Dipika is not ready and calls it partiality.

Karanvir takes the seat. Deepak asks his teammate to be a little sensible. Everyone stops him. Sreesanth is ready to fight all, Dipika takes him away.

Sreesanth, Dipika, Karanvir, Srishty, Nehha discuss the cruelty and say that Kriti and Roshmi were wrong in their task.

The jodi team blame Deepak but Deepak say he was right on stopping everyone.

Somi tries to convince Deepak in their team. Deepak is determined on his point.

Roshmi and Saba discuss the happenings.