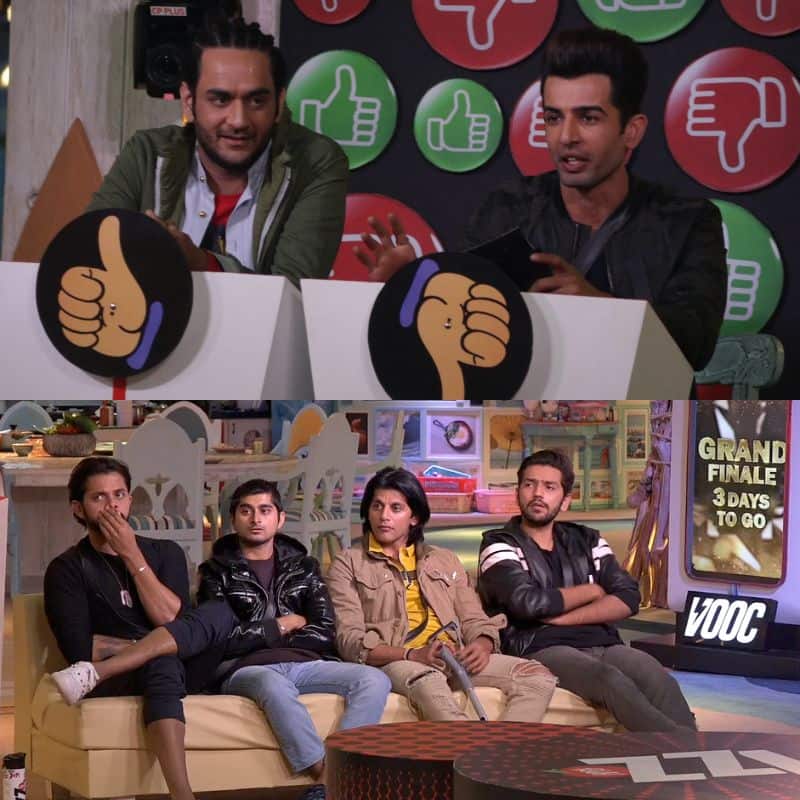 After a surprise mid-week eviction of Surbhi Rana, Bigg Boss season 12 finally got its top 5 finalists as Sree Santh, Dipika Kakar, Karanvir Bohra, Deepak Thakur and Romil Chaudhary. Bigg Boss gave all of them a chance to clear the air of allegations which viewers have against them. For the same, a debate was organised in the Bigg Boss house where TV reporter Sweta Singh was the moderator and Vikas Gupta and Jay Bhanushali were the affirmative or negative based on the contestant of their choice. Also Read - Bigg Boss 16: Sumbul Touqeer beats Tejasswi Prakash to become the highest paid contestant on Salman Khan's show

Deepak, who always maintained that he comes from a small village in Bihar, was the first one to sit on the hot seat. He was questioned by Jay about how there are allegations that he is not a village bred person and that he has played the small town boy card only to his advantage. Romil jumped into the discussion and stated there were certain points where even he thought that Deepak was lying about his background. However, Vikas Gupta defended Deepak and was assertive that his journey was rather inspirational in the show. Also Read - Gashmeer Mahajani, Karanvir Bohra, Sayantani Ghosh and more popular TV celebs who lost all their money and got into major debts

Next to come on the hot seat was the most talked about contestant of the season, Sree Santh. He was questioned by Vikas Gupta about his anger issues and celebrity status which he always displays during arguments. He was also asked that why he should win the show and others shouldn’t. With utmost conviction, Sree Santh defined his every act and apologized for the mistakes which he had made. Also Read - Bigg Boss 16: From Umar Riaz to KRK — Here's the list of contestants who were thrown out of Salman Khan's show for bad behaviour

After an intense session, it was time for Karanvir Bohra to sit on the hot seat. Vikas Gupta stood against Karanvir and questioned his leadership qualities in the show. He was further blamed for his unselfish behaviour. Romil was also against him in the debate, but Deepak supported him and stated that Karanvir is a pure soul. Karanvir finally justified himself as being what he is in the show and he has always tried to prioritize himself over others when required.

Dipika was questioned by Jay for not maintaining any relationships in the house apart from Sree Santh and her bond. He also mentioned that her journey was overshadowed by Sree Santh. Disagreeing to all the allegations, Dipika told that her relationship with Sree Santh is pure and probably it is one of the strongest bonds in the Bigg Boss house.

The self-proclaimed mastermind of this season, Romil Chaudhary was the last one to sit on the hot seat. The debate session didn’t go well as both, Vikas and Jay opposed his behaviour in the house. According to them Romil always tries to point out the negatives of a person and does not know how to main relationships. In his defense, Romil states that his pure intention is to win the game and maintain relationships outside the Bigg Boss house.

What rifts will these allegations create among the contestants in the last few days of the show? Will they be able to justify themselves or accept the allegations put on them?