Bigg Boss 12: From a boy-next-door to a stylish baddie, Shaleen Bhanot's transformation is amazing AF

Popular television actor Shaleen Bhanot is one of the contestants of Bigg Boss 12, which will go on air from September 16. Known as one of the most controversial shows on the television, we have seen the flip side or rather the real version of the celebs and contestants in Bigg Boss through which they get a hike in their career or vice-versa. Coming back to Shaleen, the actor, who is known for his portrayals in Suryaputra Karn and Do Hanso Ka Jodaa, has gone through an amazing physical transformation, which has definitely increased his popularity among the girls.

Remember his innocent and simple portrayal of Suryakamal in Do Hanso Ka Joda? It reminded us of SRK's Surinder Sahani's look in Rab Ne Bana Di Jodi. And look at him now, his swag, muscular look and stylish avatar easily make him one of hottest baddies on the silver screen. With his presence in Bigg Boss 12, we are expecting that he has the potential to grab the audience's attention, which will definitely help the show.

Here we share some pictures of him with you, which will justify his transformation. 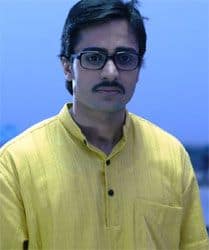 Sore is the only pain I like...I want. #sore #nopainogain #hardwork #pays

I am looking at a sparkle which I know is gonna soar high.. Have a great week ahead guys❤ #happymonday #thankyougod for this #life #gratitude

Always have those on your boat who row with you to a good.. not those who make holes and make your journey tough. #BABABOLE

Will you be rooting for Shaleen in the show? Tweet to us @bollywood_life and let us know!