Bigg Boss 12 Grand Finale: Not Dipika-Sreesanth but Salman Khan & Bharti Singh's face-off is going to be the highlight of the big night - watch video 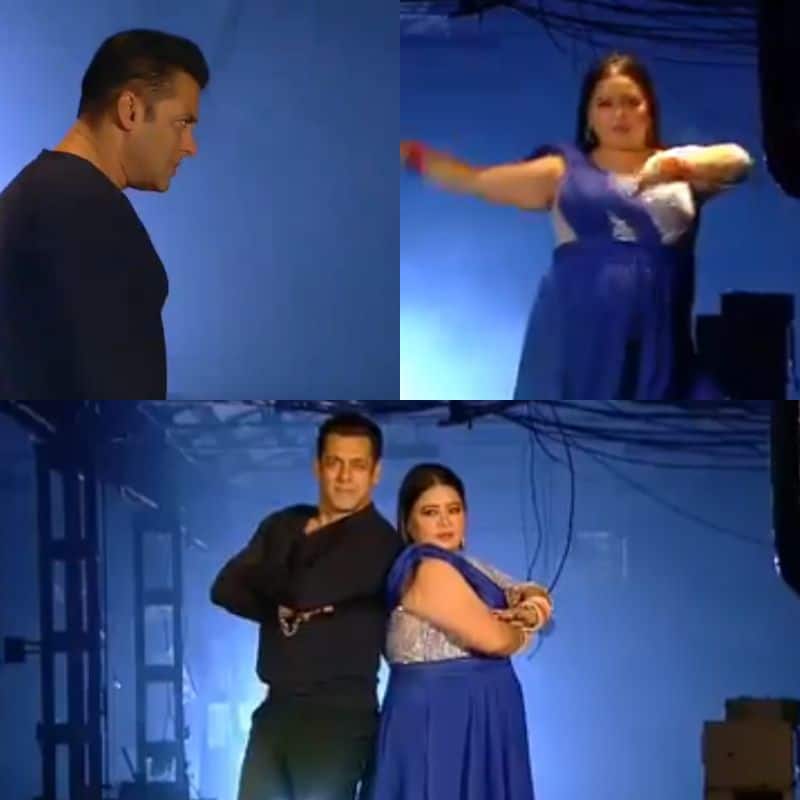 Bigg Boss 12 Grand Finale is just hours away. In a few hours, we will get to know who is going to be crowned as the winner of the 12th season. We have already reported that Sreesanth is expected to win this season. Our credible sources from the show have predicted his victory. However, we can't hail him the winner as of now as the finale has not been shot and the winner has not been announced yet. There are many who have high hopes from Dipika Kakar as well. Meanwhile, all the eyes are on going to be on the face-off between the two celebrities who became siblings inside the house. The two are apparently in the top two and the final tug of war is between the two. However, we think someone else's face-off is going to steal all the thunder from the brother-sister duo. Wondering who? Well, it is the show host Salman Khan and Bharti Singh. Also Read - Bigg Boss 16: Sumbul Touqeer Khan's outburst over food fails to impress; netizens says, 'Har baar dusron ke matter main footage leni hai bas' [Read Tweets]

If you have seen the recently released promo, you'll see that the two are indulging in a face-off. The Face-off is of a dance competition. Yes, you read it right. Bharti and Salman are getting in a dance face off. Can't believe us? Here take a look at it... Also Read - Bigg Boss 16 Day 3 Live Updates: Shiv Thakare left upset after fight with Soundarya Sharma

Well, after a lackluster season we just hope the finale is done well. Let's see if Salman vs. Bharti will steal the thunder from Dipika and Sree. Also Read - Bigg Boss 16: Sumbul Touqeer's father wins hearts with his reply to a netizen objecting the Imlie actress' participation in the show with Sajid Khan