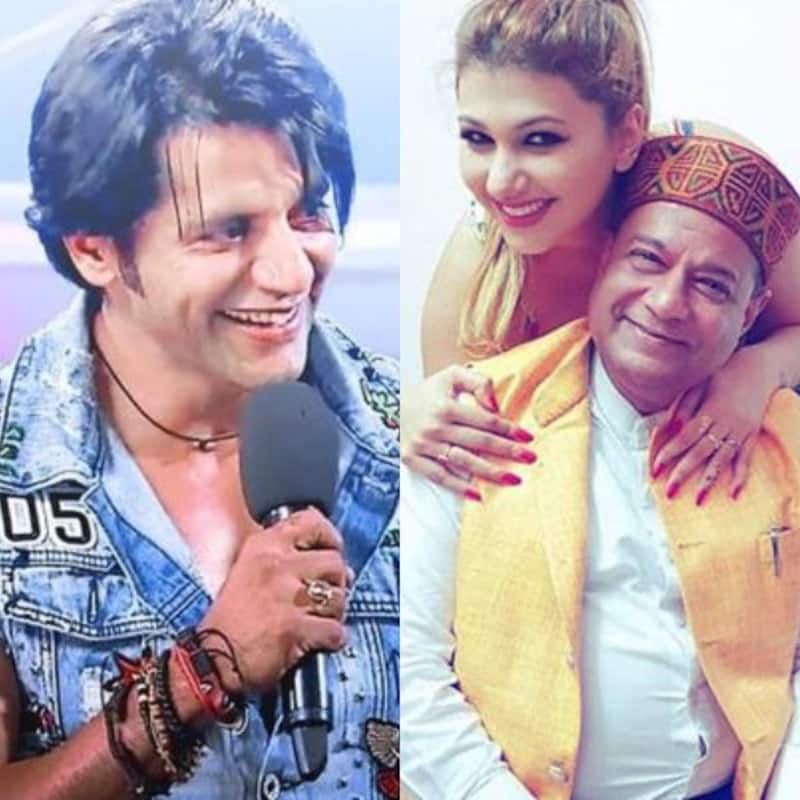 Salman Khan's Bigg Boss 12 has become the talk-of-the-town since it went on air. The show had a drab start but, with time it has picked up, especially after yesterday's luxury task. While the singles have been tortured badly by the jodis yesterday, today is the singles' turn to plot a revenge and they are on point. The war has been declared and our curiosity is piqued. Amidst all the tension and fights, the duo that raised many eyebrows since the premiere has been missing from action for few days. Well, they are back again with their cute romance. We are talking about Anup Jalota and Jasleen Matharu. This unconventional couple is leaving no stone unturned to make the atmosphere light and romantic. Also Read - Lock Upp: Kangana Ranaut WARNS Kaaranvir Bohra for spilling his secrets; says, 'you'll regret later'

Thus Jasleen kisses Anup on his forehead and cheeks and requests him to keep it like this. Everyone is in a state of shock over this. However, they join them in the revelries and Karanvir Bohra asks Anup ji to get some more kisses, on his other cheek and also the lips. This left everyone rolling on the floor, in laughter. Although they fight amongst each other during the task, they are having a gala time inside the house, at least this video says so.

Bigg Boss 12: Not jodis but the singles have won the luxury budget task

Also Read - Shehnaaz Gill to Neha Kakkar: TV stars who got ready to marry for publicity and fame

Meanwhile, we exclusively told you how Anup Jalota agreed to go for the show. BollywoodLife spoke to Kesar Matharu, who revealed how the Bhajan Samrat came on the show. He told us, "I knew Anup Ji for many years. One day, he had come to Andheri for a recording and told me that he was nearby. I told him to come home for tea. At that time, we discussed how Jasleen was approached for Bigg Boss and we wanted her to do the show but could not find the partner. I suggested that he could enter inside as her teacher. It would be a guru-shishya jodi. He refused it initially. He said that he was too old and a misfit for the house. Plus, he said he had many shows. I said it would be three months of rest for him. Finally, he agreed." Also Read - Zareen Khan hesitates to admit she's dating Bigg Boss fame Shivashish Mishra but says, 'we are in a beautiful phase'