Bigg Boss 12: Shoaib Ibrahim asks wifey Dipika Kakar to 'stay strong' post her breakdown on the show after her fight with Surbhi Rana 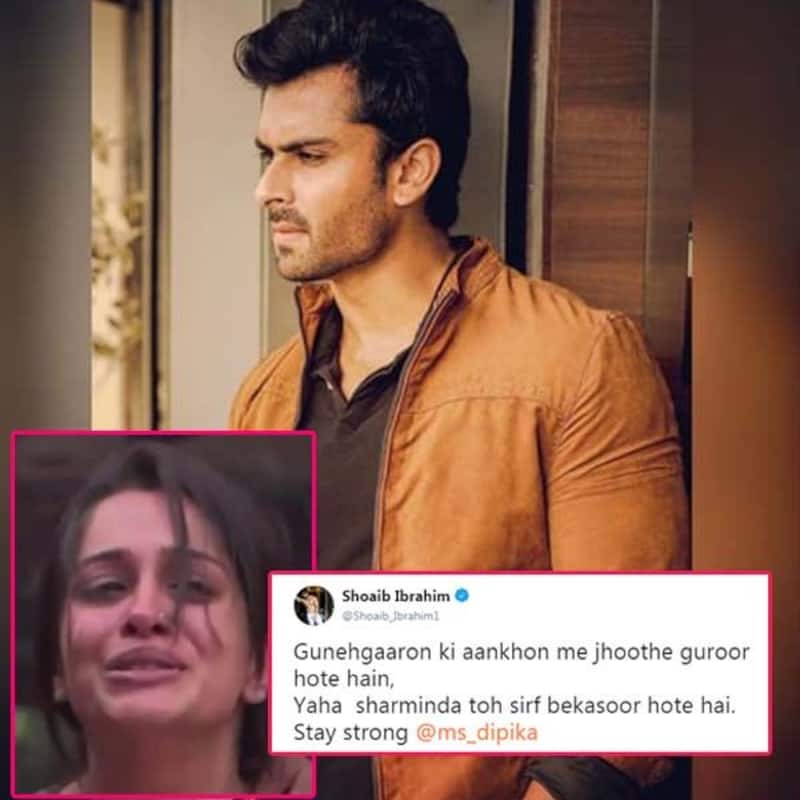 Salman Khan's Bigg Boss is known for testing people's patience. Every season we have seen contestants breaking down emotionally. While Sreesanth has always tried to walk out of the show in Bigg Boss 12, Dipika Kakar has helped him to calm down. But recently, Dipika couldn't hold more and had an emotional breakdown post her fight with Surbhi Rana. For the ones who don't know, it all started during this week's luxury budget task, BB School Bus. During the task, Dipika and Surbhi got into a verbal spat. It turned ugly when Deepak and Surbhi started taunting Dipika and her celebrity status and called her 'fake.' Dipika has been getting taunted with this term since a long time and finally broke down inside the bathroom. During a conversation with Megha Dhade, Dipika revealed that she never boasted of her celebrity status and has come this far in the game because of her hard work, yet people like Deepak and Surbhi always mock her. She even mentioned that she feels like a beggar inside the house as she has to beg for everything at the hands of the commoners. Soon after the telecast, Dipika's husband Shoaib Ibrahim got emotional and took to Twitter to bash her haters. Also Read - Shoaib Ibrahim and Dipika Kakar introduce sister Saba's to-be-husband; drop deets about their romance, upcoming wedding

Bigg Boss 12 Live Updates 4 December 2018: Rohit, Deepak and Surbhi to be the reason for arguments in the house, Dipika misses he husband because of the abusive language used in the house

Also Read - Dipika Kakar gives the best birthday gift to her husband Shoaib Ibrahim; its cost will leave you in a tizzy

During the luxury budget task, a bus has been placed in the garden area and a baggage room has been installed. After every buzzer, contestants have to collect a bag from the room and sit inside the BB bus. As part of the task, contestants have to collect their opponent's bag, and after every buzzer, they can throw the bag out of the bus and oust the contestant from the race to captaincy. Yesterday, Romil and Sreesanth got eliminated from the task. Today's episode is going to see a huge showdown between Sreesanth and Rohit. Also Read - Nia Sharma, Shoaib Ibrahim and more – 5 TV stars who refused to play older roles on-screen