Bigg Boss 12 Winner: Fans declare that Dipika Kakar will beat Sreesanth to walk away with the trophy 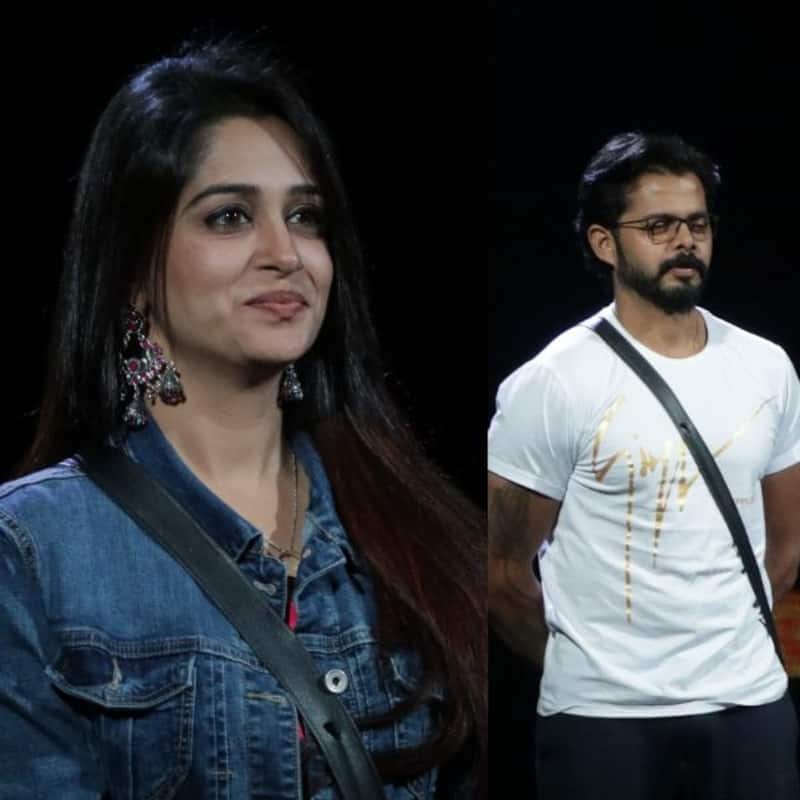 Bigg Boss 12 is going to have its finale tonight. After a dismal performance this year, season 12 is going to wrap up tonight. We are just hours away from the show's finale and to know who will be winning the trophy this year. Unlike previous seasons, buzz about the winner has been very low this year. However, BollywoodLife had conducted a poll a few days ago, regarding who the makers think should be the winner of the season. The top five finalists are Dipika Kakar, Sreesanth, Romil Choudhary, Karanvir Bohra and Deepak Thakur. And after running the poll for the few days we have a winner who is winning with a huge margin! Also Read - Gashmeer Mahajani, Karanvir Bohra, Sayantani Ghosh and more popular TV celebs who lost all their money and got into major debts

TV actress Dipika Kakar, who is the only female in the finalists, has won the poll. Dipika, who is still remembered as Simar from Sasural Simar Ka, has been tagged as one of the strongest contenders to win the title. While her haters say that she was not entertaining or not visible in the house, she also has a huge army of supporters. That is the reason that, with massive Dipika is the clear winner of our poll with a whopping 44 percent votes. Sreesanth is behind Dipika with a massive difference in votings. With 18 percent he is next, followed by Karanvir Bohra. Also Read - Sidharth Shukla death anniversary: Devoleena Bhattacharjee fondly remembers the Bigg Boss 13 star, 'I smile thinking about how he...' 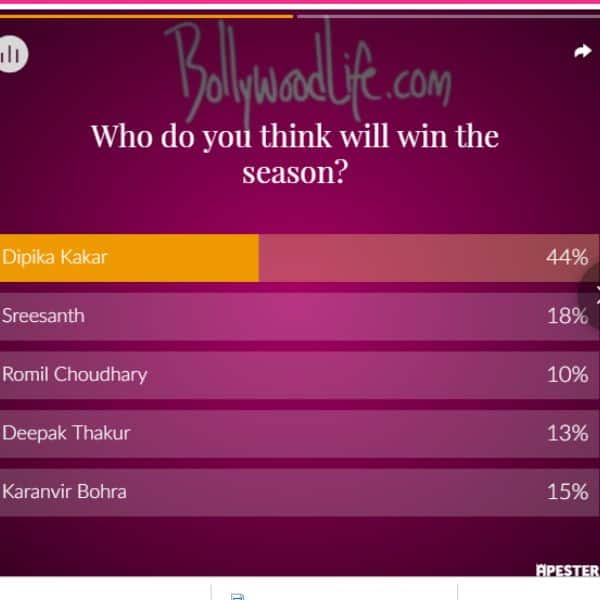 Dipika's victory won't really come as a shocker. Although she has been quite docile on the show, she will be still a better winner than Sreesanth. Let's see what happens tonight in the grand finale.