Check out the picture here...

TV's handsome hunk, Karanvir Bohra has been a part of the industry for about two decades. Being the son of writer-producer Mahendra Bohra, the actor has been seen playing negative roles on the small screen but in a sharp contrast, the actor is very much a gentleman and a family person in real life. He is married to Teejay Sidhu and has two baby girls, Bella and Vienna. Last night, Karanvir got locked up in the Bigg Boss 12 house and obviously, his decision was a difficult one. But we know what the actor did just before entering the house. Also Read - Trending TV news today: Bigg Boss 15 contestant Umar Riaz' dating life grabs attention, Taarak Mehta Ka Ooltah Chashmah's makers find late actor Ghanshyam Nayak's replacement and more

Karanvir, who has been offered every season of Bigg Boss for the past 11 years decided to finally give a nod to television's biggest reality show this year. But yes the actor was seen getting weak right before stepping into the house. Our source close to the production house informs us, "Vienna, the younger Bohra twin, is especially attached to Karanvir. When she said goodbye to him last night, she wouldn't let him go. She cried so much and so did he. Karanvir has never really been seen getting that emotional or that upset before. Vienna literally had to be pulled away from her father." No wonder Karanvir was in two minds till the end on whether to take up the show or not!

Bigg Boss 12: After Hina Khan and Hiten Tejwani, Karan Patel and Shilpa Shinde to play a part in the FIRST nominations - find out how

Also Read - When Srishty Rode called participating in Bigg Boss 12 a big mistake; 'I was in the wrong season'

Check out the picture here... 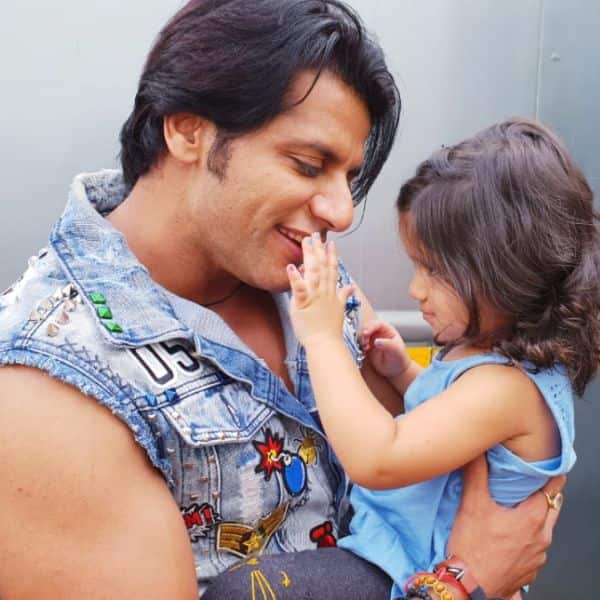 In an exclusive chat with us, the actor said that he has no game plan for this show. He stated, "I am going to be myself! There are no preconceived notions, strategies or ideas of how I will be when I am inside the house. Yes, of course, who I am will dictate every action and decision. Hence for me everything I do and everything I say, I think twice since I am a father first."