Mandana Karimi made it clear in last night’s episode that she is in the Bigg Boss 9 house to play a game. With news of her getting married to Lalit Tehlan in 2011 with the name Manizhe Karimi doing the rounds, it’s time to do a little flashback on her. We won't pass any judgements but leave it for you to analyse and debate upon... Also Read - Urvashi Rautela’s new stills from Doob Gaye will steal your hearts – view pics

Her original name is apparently Manizhe Karimi. She is also known as Mandy in fashion circles. For the initial part of her career, she was based out of Pune. Also Read - Mukul Dev opens up on why every director wants him to keep a beard [Exclusive]

In 2011, a leading daily reported that noted fashion designer Rohit Bal had split with his boyfriend of three years, Lalit Tehlan. The latter was going to be part of an airline in 2008 but changed his plans after he was “spotted” by Bal. The ace designer had spoken openly about Tehlan saying that it was love at first sight. The two were spotted at many events and their affair was a well-known fact in modelling circuits. Also Read - Shah Rukh Khan and Varun Dhawan just did something really CUTE to promote Zoa Morani’s Bhaag Johnny – watch videos!

After their relationship got over in April 2011, it came to light that Tehlan was dating a girl named Mandy. In fact, it was Bal who had introduced Mandy (Manizhe Karimi) to Tehlan at an event in Goa. She was already friends with Bal. When questioned, Tehlan remained mum over why he suddenly changed his sexual orientation. They apparently got married on February 18, 2011 in an Arya Samaj ceremony. A copy of the marriage certificate was printed in a leading daily. There were reports of a grand wedding being planned in Delhi that year. On her part, Manizhe aka Mandy aka Mandana told the media that Tehlan and she were dating but marriage was not on the anvil. She stated they were busy with their careers now. 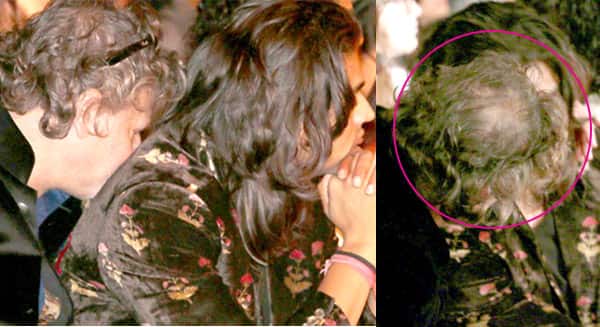 However, since 2012, Lalit and Manizhe were hardly spotted together at events. There was buzz that she had bagged a film with Kunal Kemmu Bhaag Johnny and was scouting for work in Bollywood. A reliable source confirmed to BollywoodLife that since 2012-13 Mandana had all her passport issues sorted out. Mandana has Kya Kool Hain Hum 3 in her kitty. In the mean time, Lalit Tehlan has become the chairman of Fashion TV Talent House India. In August 2015, Rohit Bal was spotted cosying up to Lalit at the Lakme Fashion Week. He was seen kissing and cosying upto him at the event.

The question that arises is did Manizhe aka Mandana marry a gay man? It may be because there was no way that she would be unaware of his sexual orientation.

Was it a fake marriage? The documentation might be legal but the relationship was surely a doubtful one. Maybe it fizzled out too early or that it was void after Manizhe got her Indian passport.

The Mandana-Lalit controversy proves that she is lucky when it comes to having friends. As for those who are wondering why the hottie married a gay model, think of the benefits that came with it – an Indian passport, which is no less than a pot of gold.