The Dilwale actor is on the sets of the popular show to promote his film Dilwale!

The duo are set to scorch the stage tonight with their masti, but wait let them take a selfie first...

Yesterday one of the grandest episodes on television took place as Salman Khan and Shah Rukh Khan reunited on Bigg Boss 9. If you remember, Salman Khan was teasing us by showing that he is getting calls from Shah Rukh Khan and is on his way to the show. He even started saying that we should toss the fights, the controversies and the eliminations in the bin, as Shah Rukh Khan is coming to the Bigg Boss house! Also Read - Prince Narula and Yuvika Chaudhary’s lovey-dovey pictures are #CoupleGoals

And they made the most of it. They took a Selfie together first snd we admit that's the most cutest one ever. The duo looked SMASHING together and it makes us want them to work together again. Well, why not? They just might! Also Read - Veer Ki Ardaas Veera actress Digangana Suryavanshi’s princess moment in this tulle gown is pretty beyond words – view pics

Anyway, the duo also gave their autographs on the selfie, but the best part was that they put their signatures on each other's picture, making it the most memorable selfie of the year for sure! Also Read - SCARY! Bigg Boss 9 contestant Digangana Suryavanshi attacked by a peacock – watch video

The duo will be seen taking centre stage today and you will see a lot of drama as they copy each other's dance steps and even dialogues! They are expected to enter the Bigg Boss house together too. The episode is likely to fetch the highest TRP ratings ever.

Are you excited for the GRANDEST episode of Bigg Boss 9 ever? Tell us in the comments section below!

Till then check out Salman Khan and Shah Rukh Khan's adorable selfie below... 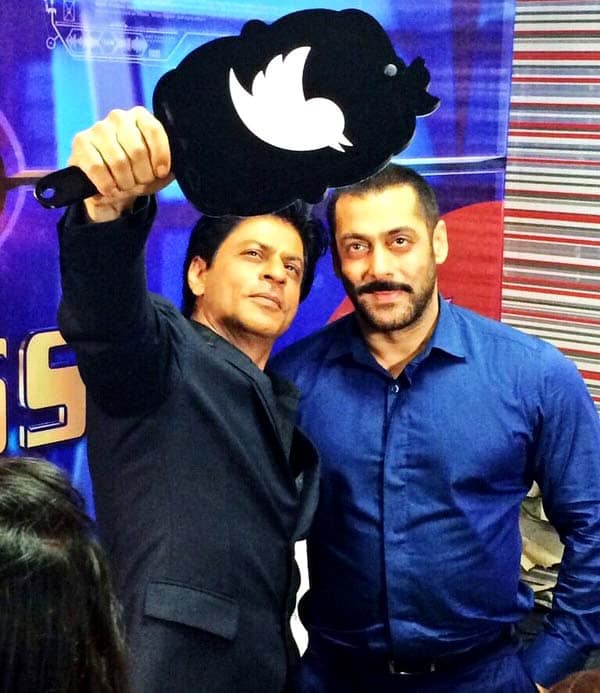 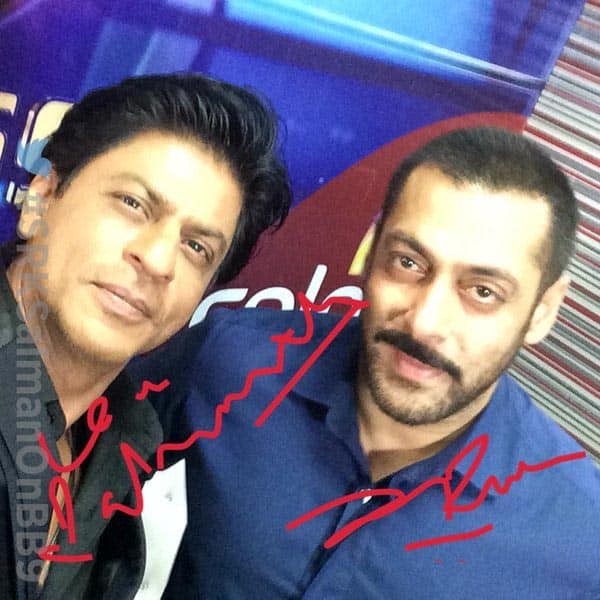