Check out the amazing actors on the Bigg Boss episode tonight...

We revealed to you a while back that Sonam Kapoor will be on the sets of Salman Khan's show, Bigg Boss 9 tonight. She will be on the show as a part of the celebrity panelists who will have a live chat with the contestants. She will then make her way to the stage and promote her upcoming film with Salman Khan, Prem Ratan Dhan Payo (PRDP), on the popular show. Also Read - Antim box office collection day 4: Aayusha Sharma-Salman Khan starrer passes CRUCIAL Monday test with flying colors

The duo have quite a sweet banter with each other. But do you know what is much more cuter than their banter? The actors themselves. We have got a few pictures of Sonam and Salman from the sets of Bigg Boss 9 and we have to say they look SMASHING together. Also Read - Tiger 3: Here’s how Emraan Hashmi is training for his action scenes with Salman Khan – Watch Video

Both Sonam and Salman chose to go classy. While the PRDP actress wore a embroidered beige outfit with embellished borders, the actor and host of the show chose to wear a black waist coat on top of a bluish-green shirt paired with black trousers. Though Sonam's dress was very simple, it looked very royal. In fact the duo looked very royal together on the Bigg Boss stage. Also Read - SAY WHAT! Salman Khan reveals he enjoys watching his BAD MOVIES and the reason will leave you STUNNED

The duo will be seen performing to the Prem Ratan Dhan Payo title track, but will they also enter the Bigg Boss house and meet the contestants like Shahid Kapoor and Alia Batt did yesterday? To know all this and more stay tuned to BollywoodLife as we get all the EXCLUSIVE updates from Bigg Boss 9. Till then check these HQ images of the actors below: 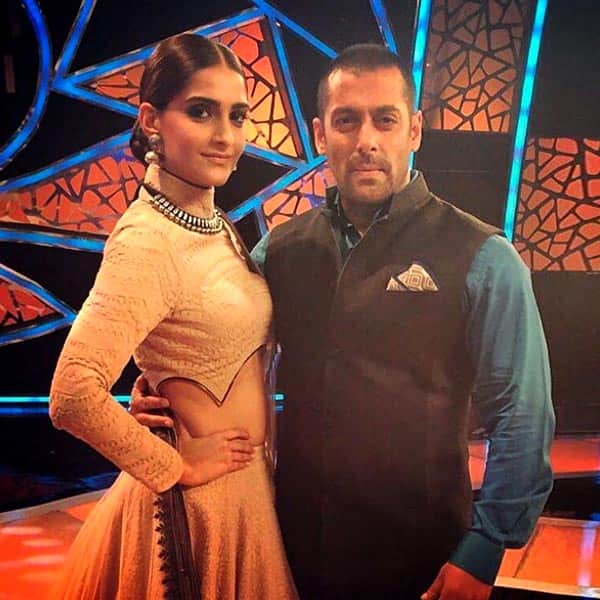 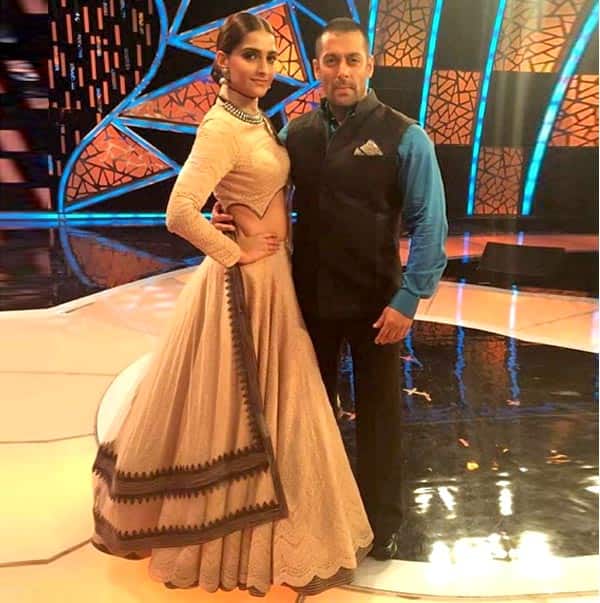