Winning Bigg Boss sometimes opens doors to ample opportunities in the future, sometimes winners go back to being exactly who they were before entering the show.

Some made it big, some remained the same

Bigg Boss season 9 came to an end last Saturday. And it was tougher than ever before to decide who would emerge as the winner this season, Mandana Karimi, Prince Narula, Rishabh Sinha or Rochelle Rao. But in the end Prince emerged as the winner, all thanks to the love poured in by his fans. Winning Bigg Boss sometimes opens doors to ample opportunities in the future, sometimes winners go back to being exactly who they were before entering the show. What does comes as definitive is the becoming a household name across the country! So what has happened to our beloved winners of previous seasons? Here is a look at what the winners are upto! Also Read - Ashutosh Kaushik, Sidharth Shukla-Shehnaaz Gill, Paras Chhabra — here are the TV newsmakers of the week

It takes certain amount of cosmic luck to win Bigg Boss against Rakhi Sawant and Ravi Kishan. And Rahul Roy beat all odds and won the first season of Bigg Boss back in 2006. Well, there is a slight chance that this was due to the fact that audience had to vote against the contestants and not in their favour back in 2006 which may have caused the confusion. After being declared as the winner of the first season, Rahul revived his film career. He worked in the not so popular Her Story and Naughty Boy. Also Read - Former Roadies and Bigg Boss contestant Ashutosh Kaushik gets married during lockdown — view pic

Also Read - How is Rakhi Sawant like Kamaal R Khan?

The down to earth and unpretentious persona of Ashutosh Kaushik carved a path for him to go on to win season 2. Ashutosh Kaushik was already a favourite amongst the youth, thanks to his participation in Roadies 5.0. He became quite popular for sharing adorable chemistry Miss World Diana Hayden on the show. Wow! It takes quite some charm to woo the Miss World.Ashutosh was rumoured to be participating in Big Brother post his win. Ashutosh admitted to have been approached by makers, on a chat show ‘G-Talk’ hosted by Roadies co-contestants. The offer is said to have gone down the drain due to Ashutosh’s inefficiency of comprehension of the English language Ashutosh was last seen in a blink and miss role in Zilla Ghaziabad. Apart from a few minor modeling projects, he is still struggling to make a mark in the film industry. A dark horse won the reality show third time in a row. In the third season it was Vindu Dara singh, only god knows how! Some infamously accused him of having connections with Akshay Kumar that made him win. Vindu has been starring in small roles in Punjabi and Hindi films, roles that match the sheer funniness of his face. He was last seen lifting comedian Bharti Singh with one hand. Apart from this, Vindu also appeared on TV in the series Mrs. Kaushik Ki Paanch Bahuein. 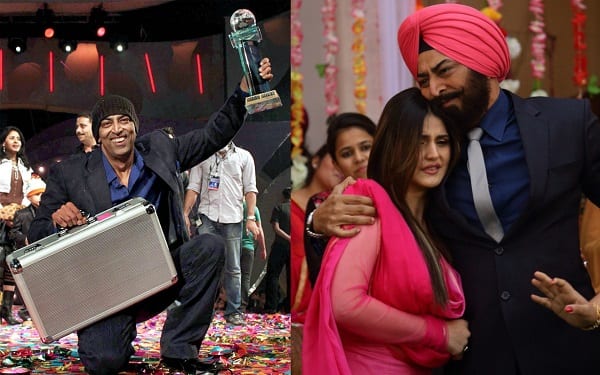 The favorite bahu of Indian TV was a clearly a finalist from the first week and emerged as the winner in the finale. Shweta maintained a very good rapport with all of her contestants, exception being Dolly Bindra. Her fight with Dolly Bindra is still one of the most watched videos on Youtube. She also got a chance to teach a few dance steps to Baywatch star Pamela Anderson on the show. Shweta went on to star in few other reality shows such as Comedy Circus and Jhalak Dikhla Ja and fictional shows such as Parvarish.The TV actress is currently seen playing prostitute-turned-royal-wife, Bindiya, in the hit TV show Begusarai. 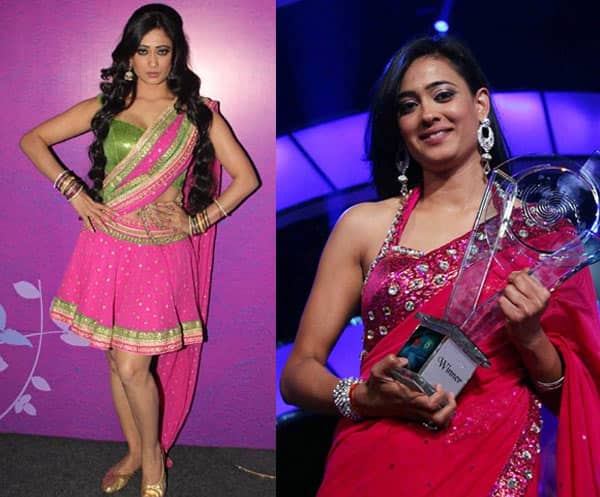 Another favorite TV bahu went on to win the reality show. The Kumkum star impressed audiences with her adarsh- bahu like demeanor, standing up for the right things and all, even on Bigg Boss. Juhi was probably the calmest contestant on that season, apart from losing her cool once thanks to Pooja Misra. Juhi was MIA post her Bigg Boss win as she decided to focus on her personal life and embraced motherhood. Recently she made a smashing comeback with the mythological series Santoshi Maa. The show is ranking pretty well for the channel. 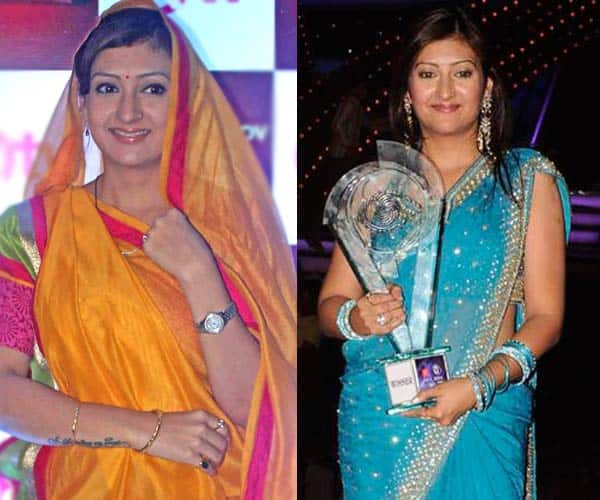 Not another TV’s favorite bahu per say, but Urvashi sure had the love-to-hate bahu image. Her keep-it-real and bindaas attitude was loved by the audience in Bigg Boss. She had some stiff competition from strong contenders like Niketan, Delnaz, Sana, Imam etc. Everybody expected her to carry on the image of a vamp that she carried with herself even on the show, but boy were the fans in for a surprise! Urvashi didn’t have any major roles in her kitty post the win. She says she chose to devote her time to her two growing sons. She is currently shooting for an extended cameo in Sab TV show Badi Door Se Aye Hain where she is playing an alien-saas. 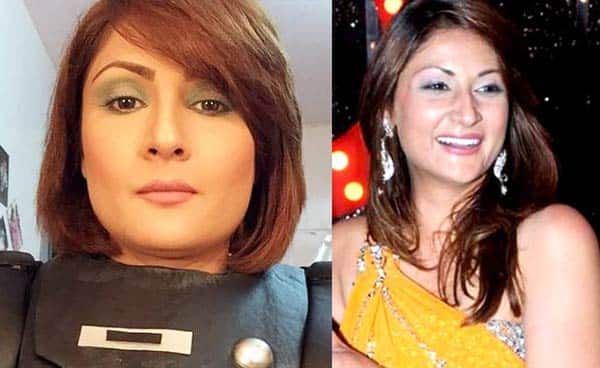 Gauahar became the fans favorite from the very first week. Bigg Boss fans split into two teams in this season- Team Tannishaa and Team Gauahar. It was clear that competition was between these two ladies and other contestants were just there as fillers. The Jhallah Wallah babe had a mediocre career post the win, starring in a music video alongside ex boyfriend and Bigg Boss contestant Kushal Tandon, participating in another reality show, hosting a reality show, and getting accused of staging the slap-gate. She participated in another reality show I Can Do That recently and has an item number in Kya Kool Hain Hum 3 and a movie alongside Rajeev Khandelwal titled Fever in her kitty. 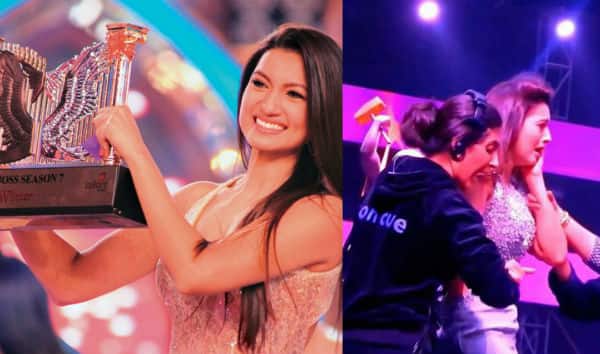 It must have taken serious talent to win the season of Bigg Boss with the lowest TRP. Guatam Gulati was probably the only contestant bringing in viewers, especially the female ones. He took home the winner’s trophy, not only competing with co-contestants but also with ex Bigg Boss contestants in season merged with a spin off. 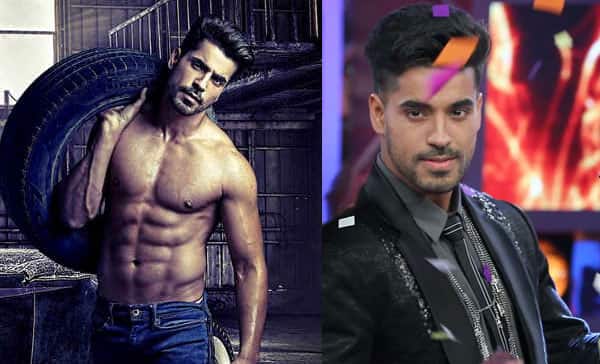 Gautam Gulati hosted the sensational show The Big F on MTV and is also set to portray Ravi Shastri in Emraan Hashmi’s Azhar. He still has managed to have a CRAZY fan following. He also made a brief appearance on Jhalak Dikhhla Jaa as a guest. The Big F turned out to be an explosive show, which became an instant hit amongst the MTV generation.