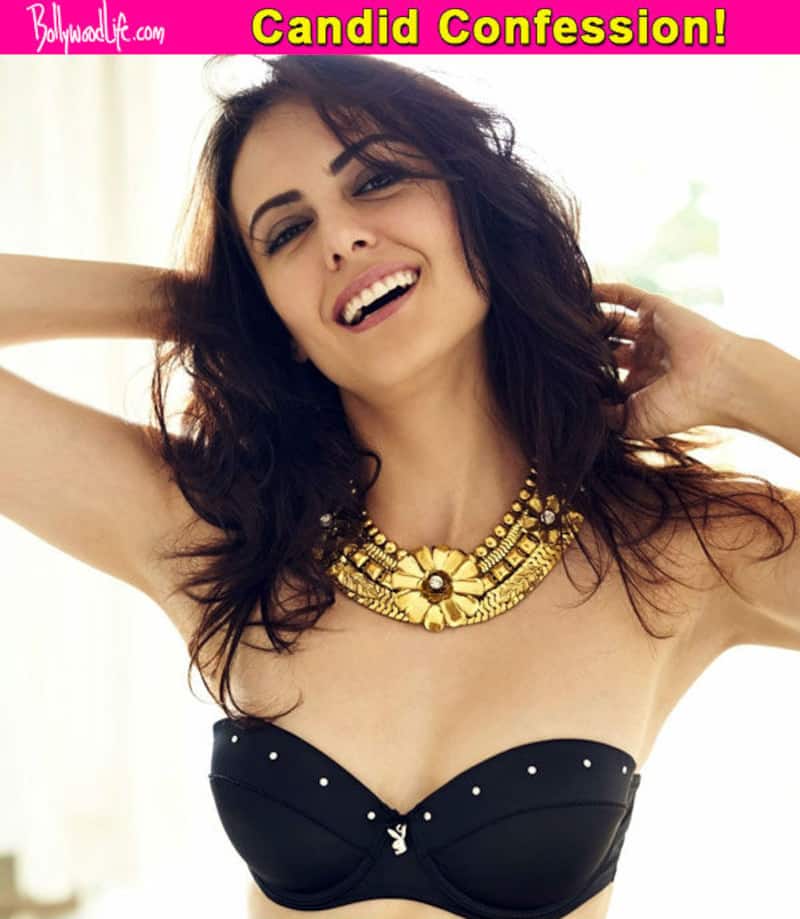 Yes! This happened. And you've got to read on to find out the full story...

Shah Rukh Khan's son AbRam is way too adorable and it's but natural for everyone to admire him endlessly. But Mandana Karimi, who is currently seen on Bigg Boss 9 and Kyaa Kool Hai Hum 3, seems to have taken her admiration to an all new level by admitting how desperate she is to romance AbRam. Yes! You wouldn't believe but in one of her earlier interviews, she was asked what would be that one gadget she would like to invent, if at all she had to. And this AbRam ki deewani was quick enough to prompt, "It would undoubtedly be a time machine! Then I can travel to 2035 and star opposite the 22-year old AbRam Shah Rukh Khan." Also Read - Shruti Haasan's PCOS and endometriosis, Shenaz Treasurywala's face blindness and more Bollywood actors who faced severe health issues

That's not all! Karimi further added how hopeful she is to see AbRam grow up to become an even good looking star than his father SRK by saying, "I'm sure, by then he would have grown into a dashing debonair, even more handsome than his illustrious father." Well, this clearly indicates Mandana is totally in awe of someone who's as young as a 2 year old. Aww, how cute is her confession? We wonder what Shah Rukh Khan has to say in response to this. I'm sure he must be used to such proposals now because for all that we know, AbRam already has a female fan base who cannot stop crushing on him, every time he makes a public appearance. Also Read - Swara Bhasker, Uorfi Javed, Shah Rukh Khan, Salman Khan and more celebs who received death threats

Let's see if Mandana actually gets to meet AbRam once she is out from Bigg Boss 9. Until then, stay tuned to BollywoodLife as we'll be back with more updates! Also Read - Trending Entertainment News Today: Shehnaaz Gill on being trolled for PDA with Salman Khan; Parineeti Chopra describes Priyanka Chopra-Nick Jonas' daughter Malti Marie