Bigg Boss 13 Day 14 Weekend Ka War Preview: This weekend, the audience is in for a shocker as another contestant will face elimination after Daljiet Kaur last night. The contestants seem to be still grappling with the truth and anticipating the next one.

This weekend, the audience is in for a shocker as another contestant will face elimination after Daljiet Kaur last night. The contestants seem to be still grappling with the truth and anticipating the next one. Also Read - Bigg Boss 15: Comedian Sunil Grover approached for Salman Khan’s reality show? – here's what we know

The weekend is often known to be a myth-buster one that shows the locked-in contestants the mirror. A reality check needs to be given again and host Salman announces the second stint of ‘Galat Fehmi ka gubbara.' Salman Khan also shows his eagerness to know whose balloons will get burst first. Shocking revelations come to the forefront as most housemates claim to have a problem with Sidharth Shukla's behavior. Koena Mitra is targeted too for her rude and arrogant approach. Also Read - Trending OTT News Today: Hina Khan expresses excitement and concerns about Karan Johar's Bigg Boss 15 OTT, Prithviraj Sukumaran's Kuruthi poster, release date out and more

Always choosing to support the truth, Salman Khan takes this opportunity and clarifies the format of the show especially to Koena Mitra as she misunderstands Shehnaz’s actions. Later, Devoleena and Koena get into a verbal fight while discussing Koena’s behavior during the Rani No.1 task. The full-blown argument settles down amidst a lot of chaos. To soothe the tense vibe, the members of ‘Sunny Leone Arkestra’ enter the house on the song Chori Chori. Brightening up their day and bringing some much-needed smiles on their faces, they entertain the contestants with some magic tricks and even Madhuri Ashikshit. Later, to everyone's surprise, Nawazuddin Siddiqui enters as a special guest and also judges the contestants for a talent show in exchange for some gratification. Also Read - Trending TV News Today: Reports of Indraneil Sengupta and Barkha Bisht living separately, Eijaz Khan, Arshi Khan on Bigg Boss 15 moving to OTT and more 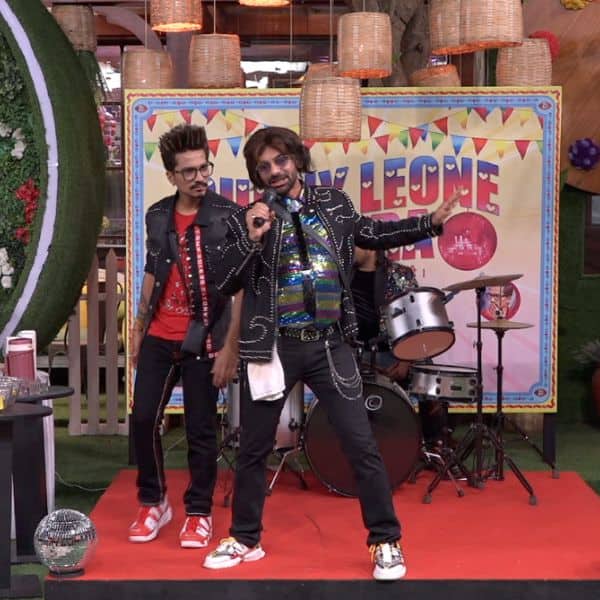 Bidding goodbye, Nawazuddin joins Salman Khan on the stage for a special tete a tete and to speak about his upcoming movie, Motichoor Chaknachoor. Salman Khan praises Nawazuddin and Athiya for their acting skills and command on the dialect. Nawazuddin also requests Salman to teach him his iconic walk and the swag with which he dances. They both dance to ‘Jumme Ki Raat’. After Nawzuddin exits, another task takes over where the contestants need to showcase the majority as one of them is subjected to brutal questions. Agreement or disagreement, the majority will win. Since weekend ka vaar comes with extra power for one contestant, this time Salman chooses, Sidharth Shukla and Rashami Desai for the task. Two timer bombs are tied to their midriff and each contestant has to cut the wire of that person they wish to save with adequate reasoning. 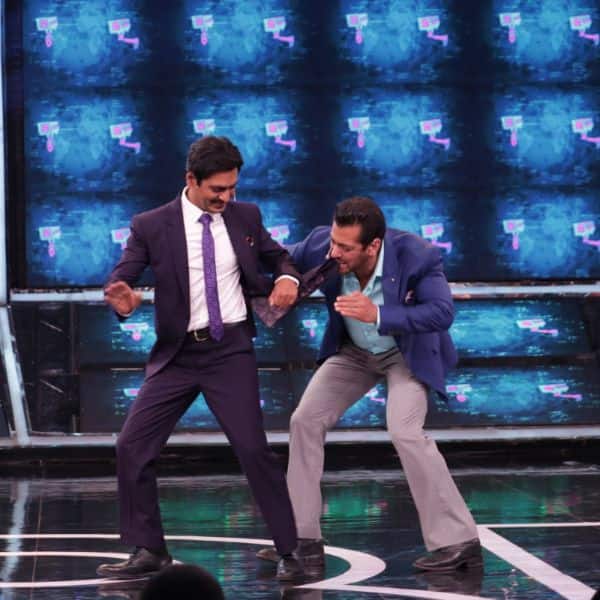 Priyank Sharma in the house

To introduce VOOT's exclusive chat show, Bigg Buzz, it's host and former contestant Priyank Sharma also enters the house and plays another interesting task where the contestants have to select a target for the next week. In the middle of the task Paras and Abu get into a fight as Paras accuses him of being manipulative and biased. 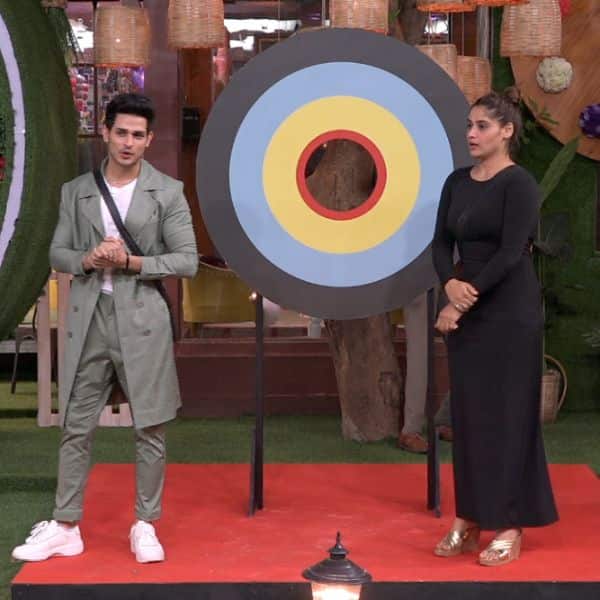 Another contestant will bite the bullet and end their journey this season. Rashmi Desai or Koena Mitra, who will leave and who will survive?