A couple of hours ago, Himanshi Khurana uploaded a picture of herself and a diamond ring that she readily flaunted. We wonder if Asim Riaz has popped the question to Himanshi or not. 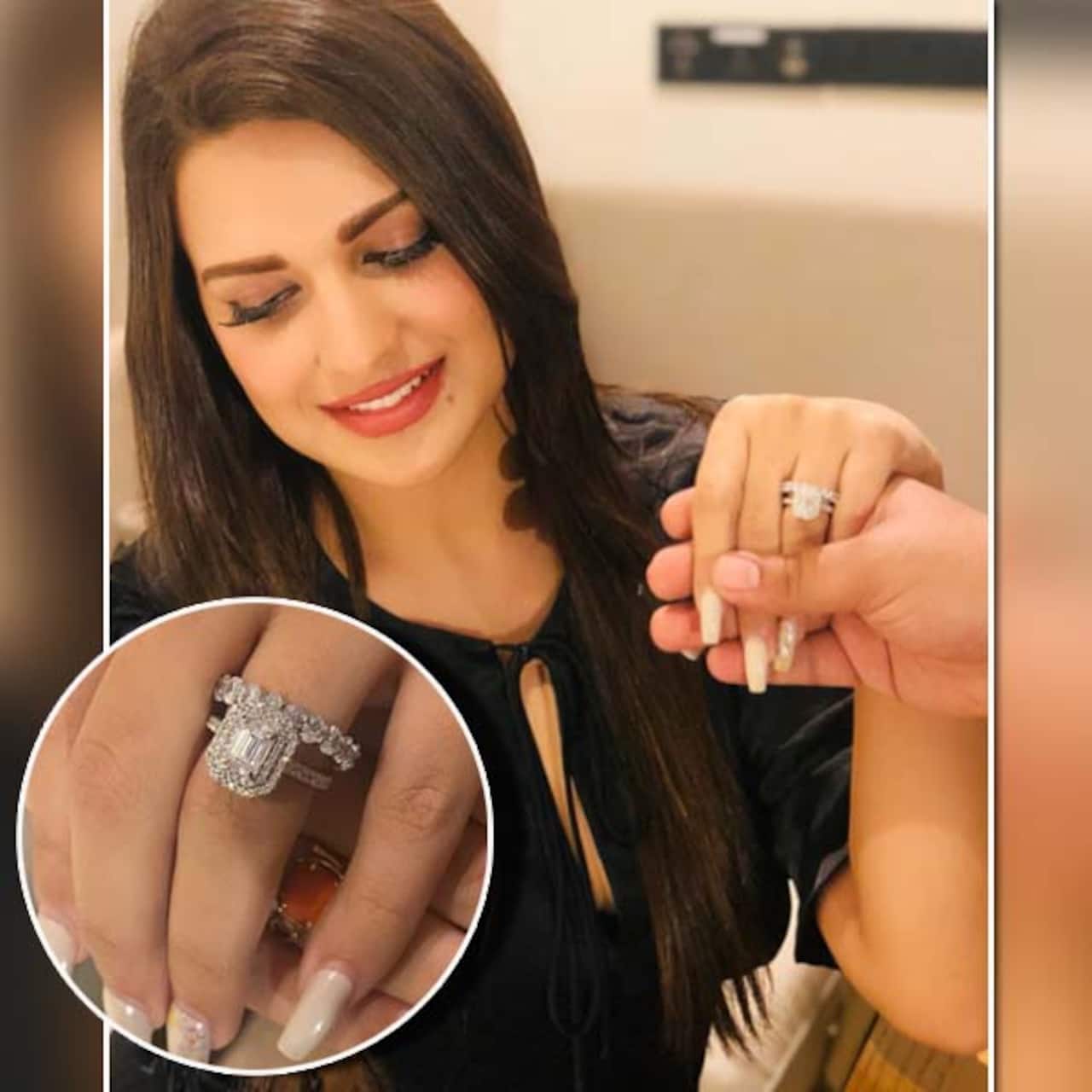 Bigg Boss 13 has had her fair share of controversies like any other season. But you cannot ignore the fact that it was one of the most loved seasons of all time in the history of Bigg Boss. Apart from controversies, Bigg Boss 13 saw unusual friendships, bondings, relationships being formed between the contestants while locked up in the house for months. Asim Riaz and Himanshi Khurana's relationship was one such a thing. It began as a whirlwind romance but the lover by in Asim never backed off or had a doubt in his mind when it came to his feelings for Himanshi. Also Read - Bigg Boss 16 Nimrit Kaur Ahluwalia-Priyanka Chahar Choudhary to Sidharth Shukla-Asim Riaz: A look at craziest fans wars ever

The two have been growing strong now, after Bigg Boss and there is an increment in the fans of AsiManshi as their beloved fans call them. A couple of hours ago, Himanshi Khurana uploaded a picture of herself and a diamond ring that she readily flaunted. We wondered if Asim Riaz had popped the question to Himanshi or not. But our bubble was burst by the Punjabi actress after we read the caption to the image. The actress had been promoting a jewelry brand on her social handle and it was nothing like Asim going on the knees and proposing his ladylove. Also Read - Trending TV News Today: Bigg Boss 16 makers face anger of Priyanka Chahar Choudhary and Ankit Gupta fans, Tunisha Sharma dies by suicide and more

Recently, well, we had another reason to think so as Asim had dropped by to meet Himanshi's family in Chandigarh. The model-turned-actor was in the city to shoot for a special music video along with Himanshi and the latter took no time to make him meet her fam-jam. Their pictures went viral on social media soon enough. Also Read - Bigg Boss 16: Umar Riaz to Himanshi Khurana: Fans feel these contestants were most targeted by Salman Khan

Meanwhile, recently in an interview, opened up on meeting Asim parents, who were opposing their relationship. "Yes. I met them, It was a great experience. It was only because of the show- everyone feels people are fake inside, isliye woh itna confusion aur miscommunication ho raha tha. Jab tak aap bahar aake baat nahi karte, tab tak cheezein clear nahi hoti. Now, it’s all good," she said.

Meanwhile, vote for the Social Media couple of the year here: