Bigg Boss 14: Tonight, we will see the nomination task where maximum people will take the name of Arshi Khan. Then, there will be the captaincy task. In the task, a heated verbal brawl will take place between Nikki Tamboli, Kashmera Shah and Arshi Khan

There is always some action on the verge of breaking out in the Bigg Boss 14 house. Just as things seem like they are about to settle, Bigg Boss unleashes a storm of entertainment and drama and the contestants are inspired to battle it out and prove themselves. We will see the return of Rahul Vaidya tonight. He will come and tell Rubina Dilaik that he is back to claim his kingdom. In the nomination task, maximum people will take the name of Arshi Khan after the spat with Vikas Gupta. Also Read - Bigg Boss 15: Is Raqesh Bapat entering Salman Khan's show? Bigg Boss OTT finalist reveals [EXCLUSIVE] 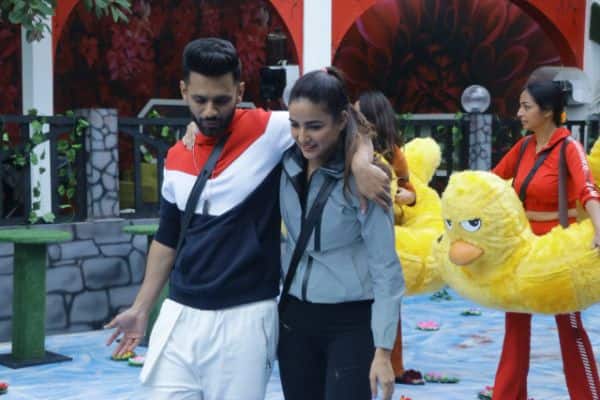 Also Read - Bigg Boss 15: Rubina Dilaik, Gauahar Khan and Shweta Tiwari to be a part of the show as tribe leaders?

In the current episode, Bigg Boss announces the Captaincy Task wherein the housemates have to play the BB Duck Park. The contestants are divided into batches of 3 to play the task. The first batch consists of Arshi, Rakhi, Kashmera and Nikki while Rubina is the Sanchalak. On Bigg Boss’s signal, the contestants, dressed in big duck suit have to pick up the food from the ground. Also Read - Bigg Boss 15: Do you think Pratik Sehajpal would have won Bigg Boss OTT had he not opted out of the show for Salman Khan's show? Vote Now 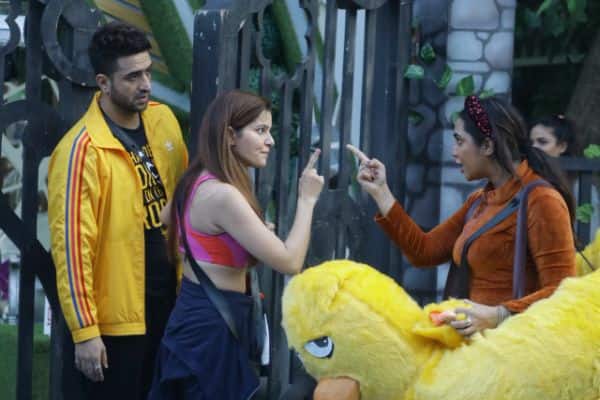 Arshi, Kashmera and Rakhi all three make a group and decide that they will not let Nikki win the task. On the other hand, it is Manu who is seen supporting Nikki as Sanchalak Rubina is also seen telling her to not get disqualified in the first round itself. Soon as the task starts, Nikki is surrounded by Kashmera and Arshi while Rakhi picks up the food. When she cannot pick up any food because of the block, Nikki lashes out at Kashmera. As per her strategy, she removes her suit and tries to take off Kashmera’s duck suit as well. Rubina intervenes and tries her best to ensure that the contestants follow the rules.

Who will emerge as the next captain?