Bigg Boss 14 contestant Rahul Vaidya argues that Jasmin Bhasin underperformed during the buzzer task because she was wearing a long skirt which restricted her agility. 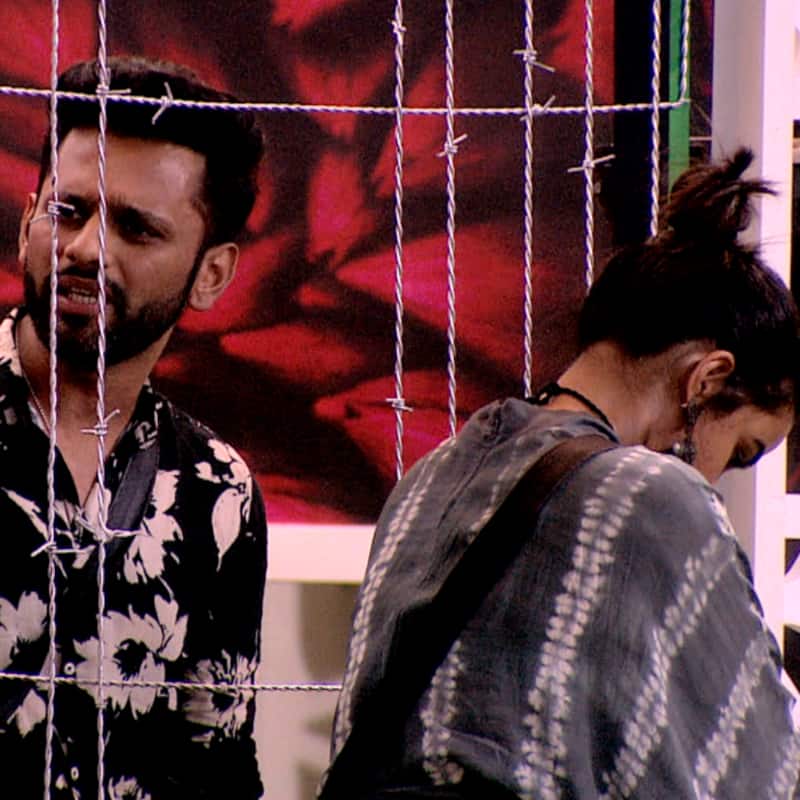 Bigg Boss 14 contestants Rahul Vaidya and Jasmin Bhasin lock horns when it comes to who between them deserves to be in the Green Zone. The two were trying to put their best arguments forward about why other housemates deserve to be swapped from their current positions, be it safe or in danger. Also Read - Bigg Boss 14 duo Aly Goni and Jasmin Bhasin better than Karan Kundrra-Tejasswi Prakash? Fans hail the couple for THIS reason

Rahul blames Jasmin for raising points that are meaningless and for making a mountain out of a molehill. He says that she takes very minute points and makes them out to be extremely critical and attacks him on a personal level. Jasmin refutes these allegations and says that all she is doing is paying him back for the wrongs that he has done to her. Also Read - Nikki Tamboli oozes sensuality in a marsala ruffled gown; actress' poise proves that she's unfazed by Sukesh Chandrashekhar controversy [View Pics]

However, Rahul says somethings obnoxious about Jasmin that doesn't go down well with any of the contestant in the house. Rahul argues that Jasmin underperformed during the buzzer task because she was wearing a long skirt which restricted her agility. He further added that Jasmin should have worn fitting clothes that would have helped her during the task. Jasmin looks disappointed with Rahul's reason and even the other housemates don't feel satisfied including the new captain of the house, Eijaz Khan. Also Read - Dheeraj Dhoopar in Jhalak Dikhhla Jaa 10, Kavita Kaushik in Bigg Boss 14 and more: TV stars who QUIT reality shows

While we believe Rahul hit a new low when he commented on Jasmin's choice of clothes for her underperformance was totally uncalled her, we decided to conduct a poll to know what the viewers have to say about the episode between them.

Cast your vote below:

Keep watching this space for more updates on Bigg Boss 14.