Bigg Boss 14: Eijaz Khan responds to the makers for accusing him of being ARROGANT with the media

Eijaz Khan apparently turned out to be one of the most arrogant Bigg Boss 14 contestants while answering the media questions on the Weekend Ka Vaar episode. Even the makers of the reality TV show admitted this fact in their tweet. 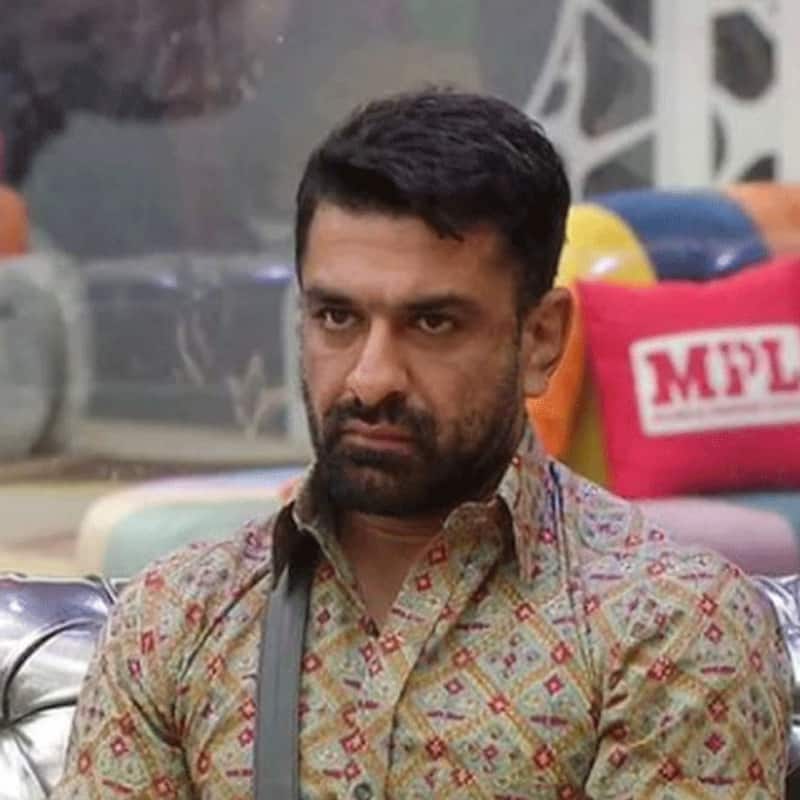 On the Weekend Ka Vaar episode of Bigg Boss 14, contestants interacted with the media which was moderated by former Bigg Boss contestant Kamya Punjabi. While the media grilled Rahul Vaidya, Rubina Dilaik, Aly Goni and Nikki Tamboli along with others, Eijaz apparently turned out to be one of the most arrogant contestants while answering the questions during the media interaction. Also Read - Bigg Boss 14 duo Aly Goni and Jasmin Bhasin better than Karan Kundrra-Tejasswi Prakash? Fans hail the couple for THIS reason

As we all know that Eijaz Khan has temporarily left the show to fulfill his work commitments, he connected with the media through a video call in the Bigg Boss 14 house. And the way he was answering the questions, the mediapersons objected to him being arrogant to them. Even the makers of the reality TV show admitted in their tweet that Eijaz had showed arrogance and was being bashed by the media. "Eijaz Khan ke arrogant answers se press huyi khafa!" read the tweet from the channel in which they tagged Eijaz's official Twitter handle. But their tweet didn't go down well with Eijaz who gave a befitting reply to the makers of Bigg Boss 14 for allegedly putting him in a bad light. Also Read - Nikki Tamboli oozes sensuality in a marsala ruffled gown; actress' poise proves that she's unfazed by Sukesh Chandrashekhar controversy [View Pics]

Reacting strongly to their tweet, Eijaz tweeted, "If you call him a lion then let the lion roar! It wasn't arrogant, it was just giving it back and putting a point across firmly and strongly! If you try to put him in a bad light, he is still gonna shine, he is a pure gold!" One can notice that the tweet has been written in a third person about Eijaz along with a hashtag #TeamEijaz. Also Read - Dheeraj Dhoopar in Jhalak Dikhhla Jaa 10, Kavita Kaushik in Bigg Boss 14 and more: TV stars who QUIT reality shows

If you call him a lion then let the lion roar! It wasn't arrogant, it was just giving it back and putting a point across firmly and strongly! If you try to put him in a bad light, he is still gonna shine, he is a pure gold! #EijazKhan #TeamEijaz https://t.co/0cSWRDNOz9

Not long ago, Eijaz Khan shocked everyone when he revealed a dark secret from his childhood in the Bigg Boss 14. He shared that he had been touched inappropriately. The actor, who is temporarily out of the house to shoot a web series City Of Dreams, claims his housemates used the revelation as a trigger against him, but that has only made him stronger.

For those who came in late, Eijaz's confession came in in November during an immunity task when housemates had to reveal a very personal thing no one knew about them. He broke down while sharing the fact that he was touched inappropriately as a child, and said that he had struggled for years to deal with the trauma. Eijaz added that his therapist helped him get over it. He had also shared that he did not tell his father about it and that was something he regretted.

Does he feel innate details of celebrity lives should be put out for public consumption this way? "I believe in collective benefit. If whatever you do or the choices you make are for a collective benefit of society it can never be wrong. It cannot be for personal aspiration. If it is for personal benefit only, then I don't think the universe really conspires for it. You need to have the 'dua' (prayers) of a lot of people to succeed in life," Eijaz told IANS.