Bigg Boss 14: Disha Parmar is missing Rahul Vaidya a lot. She has posted a 'pout perfect' pic with the singer who is inside the house

Bigg Boss 14 contestant Rahul Vaidya is getting immense love from the audience. He has been the entertainer of the season. He made news all over when he proposed to Disha Parmar on national television. The two were rumoured to be dating for some time. Rahul Vaidya just made it official on national television. Disha Parmar has shared a picture with him with a caption, 'Miss Ya'. In the picture we can see Rahul and her pouting for the camera. The couple know each other for two years now. Fans are rooting for the two and have christened them as 'DisHul'. Also Read - Disha Parmar flaunts her bikini look from her honeymoon in Maldives; shares cosy pictures with Rahul Vaidya 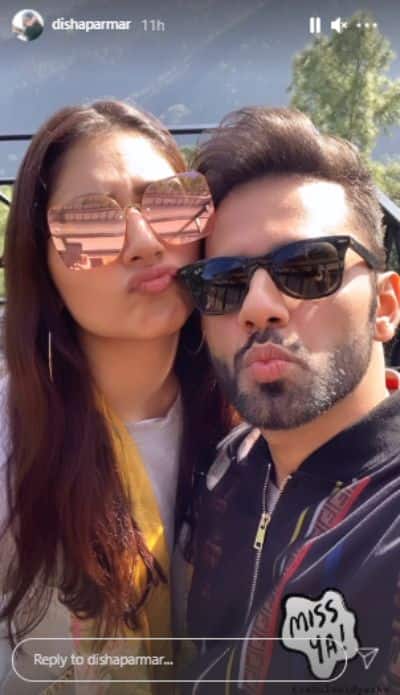 After Rahul Vaidya made the proposal on national television, he said he was nervous about how Disha Parmar would react. He said that he left the show as he was too homesick. He later said that he was feeling low as he did not get any response from Disha Parmar. It seems she had sent her response to the creative team but they did not inform him. Salman Khan scolded Rahul saying that they were not obliged to do the same. Also Read - Bigg Boss 15: Is Raqesh Bapat entering Salman Khan's show? Bigg Boss OTT finalist reveals [EXCLUSIVE]

Disha Parmar got COVID-19 some time back, and was quarantined home. She could not wish Rahul Vaidya personally. Soon after, he entered the house. The family of the singer is thrilled with the decision. They have said that they will take things ahead once he is out of the show. His mom, Geeta Vaidya told us, "My husband and I are keen to see him settled down. In fact, some time back I also showed him photos and details of some girls from matrimonial channels. He did not show any interest, and said he is not keen to marry. He knows Disha for a while now. Maybe being inside the house gave him the time to reflect and understand his feelings. We are delighted."