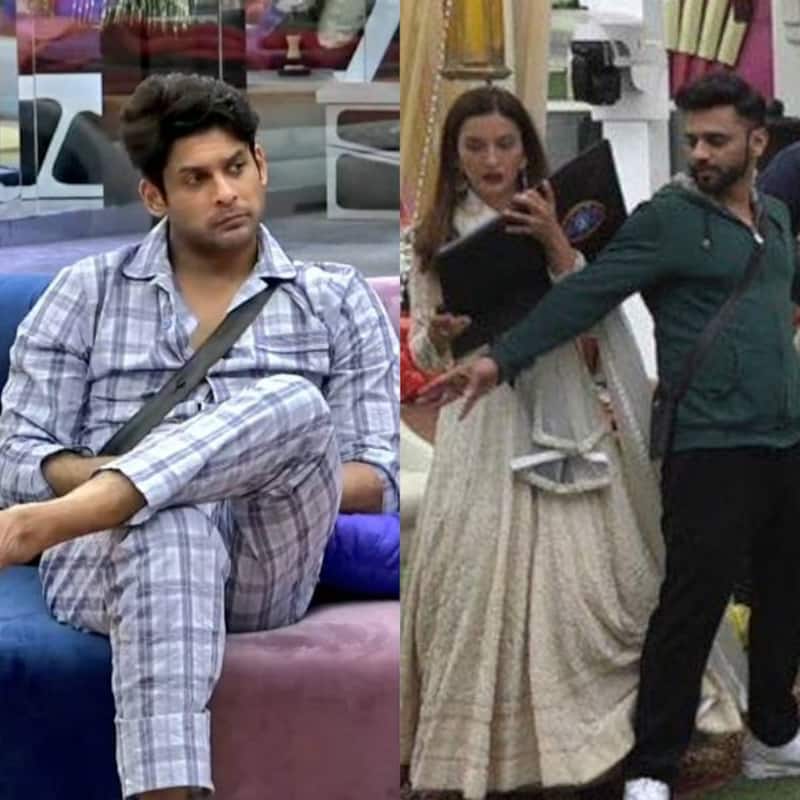 Bigg Boss 14 has grabbed all the attention. The show began on October 3 and has managed to get a huge fan following. This season will be different and hence it was the talk of the town even before the show began. This time the new house has a mall, a spa and a theatre. We also have the three Toofani Seniors who are ruling the house. Gauahar Khan will be the head of the kitchen while Sidharth Shukla will rule the bedroom. Hina Khan will be the head of all the new luxuries, BB Mall, BB spa. The contestants will have to impress their seniors to get a bed for them, to get some food for them, and also to enjoy the luxuries. In yesterday's episode, we saw Bigg Boss announcing that all the housemates are nominated for this week and if they want to be safe, they will have to win the task he gives. Bigg Boss assigns a task which is about two queens and a thief. The boys of the house have to safeguard the queen's jewellery and also impress her and win that jewellery. Hina Khan and Gauahar Khan are the queens of the house. Also Read - From Mohit Malik in Khatron Ke Khiladi 12 to Kavita Kaushik in Bigg Boss 14; Times when Rubina Dilaik's ugly spats with co-actors left fans shocked

Sidharth Shukla is the thief and all the girls have to rob the jewellery from the queens. The one who has the more jewellery will be safe. However, the task was finished soon as Sidharth and his team of girls started robbing the jewellery in the beginning itself and finished the task. But the boys were not happy with this as they did not get a chance to perform. Hence they decided to make their team member win who has more jewellery. Abhinav had more jewellery and all the other boys decided to give that to him. But Rahul Vaidya was not ready to do so. Hence, everyone started blaming Rahul. Rahul decides to talk about this to Gauahar when Sidharth Shukla intervenes in their private conversation. Sidharth Shukla tells Gauahar that he cannot leave her alone with Rahul. Rahul requests Sidharth to let him talk to Gauahar. Also Read - Rubina Dilaik shares bikini pics from vacation with Abhinav Shukla; netizens fat-shame her, say, 'Bahut jyada fhul gayee'

Sidharth goes on joking and says that this is not a private place and that everything is public. Gauahar says that she wants to have the private talk with Rahul. However, Sidharth Shukla keeps on saying that having private moments is not allowed here. Later he asks Gauahar to give him one jewellery and he will leave. They all end up laughing in the end. Also Read - Devoleena Bhattacharjee's brother, Andeep ties the knot in Assam; Saath Nibhaana Saathiya actress shares family pics decked in traditional wear [View Pics]