Bigg Boss 14 fame Aly Goni has left his fans worried about his health after he posted a message on Instagram about not keeping roza today saying he is not feeling well.

Bigg Boss 14 fame Aly Goni has left his fans worried about his health after he posted a message on Instagram about not keeping roza today saying he is not feeling well. Also Read - Mother’s Day 2021: Sidharth Shukla, Rahul Vaidya, Aly Goni and other TV celebs share adorable posts for their mothers on social media

"Not keeping roza today. Not feeling well. Aap sab bhi apna khayal rakho and dua mein yaad rakhi," read Aly Goni's note followed by a heart-shaped emoji. Given the current pandemic situation across the country amid the second wave of Covid-19, fans have been showing concern about his health. They have been praying for his well-being and asking Aly to remain strong. Also Read - Aly Goni reveals most of his family members, including kids, have tested COVID-19 positive since the past 9 days 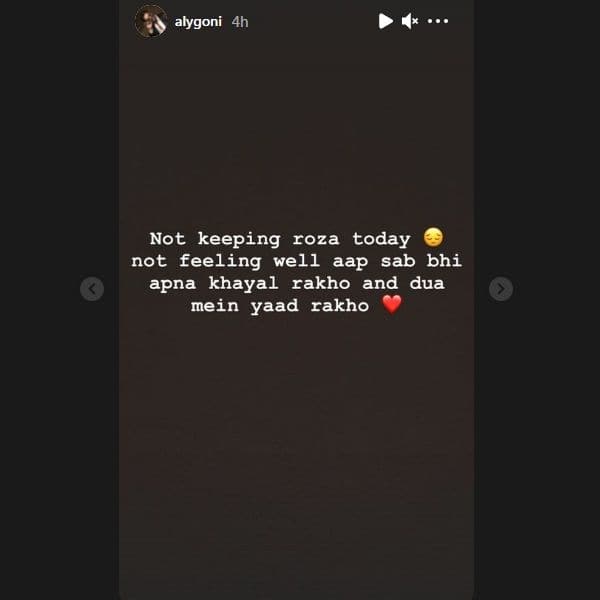 Also Read - Nikki Tamboli's brother, Jatin, passes away at 29 due to COVID-19 exacerbating his prolonged illness

After a few hours of this post, Aly informed his fans that he has tested negative for Covd-19 and is feeling better now. He urged everyone to get themselves tested if they have symptoms. "Tests are negative and I m feeling better now thank you so much everyone love u all and please take care koi bhi symptoms ho seedha test karado (Get yourself tested if you have any symptoms) take care of ur self and ur family," Aly wrote.

Tests are negative and I m feeling better now thank you so much everyone ❤️ love u all and please take care koi bhi symptoms ho seedha test karado ?? take care of ur self and ur family ❤️

Aly and his ladylove Jasmin Bhasin recently featured in a music video, Tu Bhi Sataya Jayega, that explores emotions from a woman's perspective. This Aly and Jasmin's second music video after their stint together in Bigg Boss 14. Earlier, they co-star in the music video of Tera Suit. This was Jasmin's first music video, and that too with Aly, and the actress said it was indeed a special experience.

"Anything I collaborate with Aly, it is very special. After 'Bigg Boss', I have been in an extremely positive and happy phase. I wanted to reflect that happiness on screen. Shooting with Tony was also great fun, as Aly and I are funny and positive in nature, so all together it was great fun. With Aly, this was the first time we have worked together. I used to wonder earlier what kind of co-star Aly would be but after working with him I can clearly say he is amazing, (a co-star) cannot get better than him," Jasmin had said.

Aly and Jasmin, who have been best friends with each other for over 3 years, realised their love for each other inside the Bigg Boss 14 house. They are currently explosing their relationship and spending a lot of quality time together.