Bigg Boss 15's day 10 will be an action-packed one. Once again Pratik Sehajpal and Jay Bhanushali will be against each other while Tejasswi adds her fun element.

After getting a reality check on nomination rounds in the previous episode, the contestants are ready to take on any panga that stands in their way of surviving the jungle. Now speaking of the jungle, which jungle doesn't have daakus? Today's episode comes with a new task where the 'Junglewasis' turn into terrifying daakus! While they aim at taking over the wild, they are about to find out that there is only one boss, i.e. the Bigg Boss! The task is called 'Daaku Ka Kabza', which has many challenging layers. The contestants awaken the 'Gabbar Singh' inside them as they get into their daaku mode and get up. Some of them even practice 'Sholay's' famous dialogue - "Kitne aadmi the?" Afsana brings out her own gundi as she thunders “Kisko marnaa hai mere haathon se?” Also Read - Bigg Boss 15 captaincy task goes wrong: Karan Kundrra picks Tejasswi Prakash up in his arms and rushes to the medical room; housemates get worried

Meanwhile, Tejasswi dials up the flirt quotient with the gundas with her humour and charm. "Aapka focus sirf mujhpe rahe!", she quips, as Jay plays along with her suggestive act. While 'Junglewaasis' bring khauf in the wild, the 'Gharwasis' receive a letter and start plotting to finish off the daakus! This battle gets intense as they create all kinds of strategies to eliminate the gunda gang by hook or crook. Karan plans to keep their rivals away from each other by all means necessary, which then escalates to pulling them away. Fights begin erupting in the house as Shamita takes a stand against getting violent in this contest. As the tasks become more arduous, the game becomes more competitive. Also Read - Bigg Boss 15: Do you think Miesha Iyer is playing with Ieshaan Sehgaal's feelings? Vote now 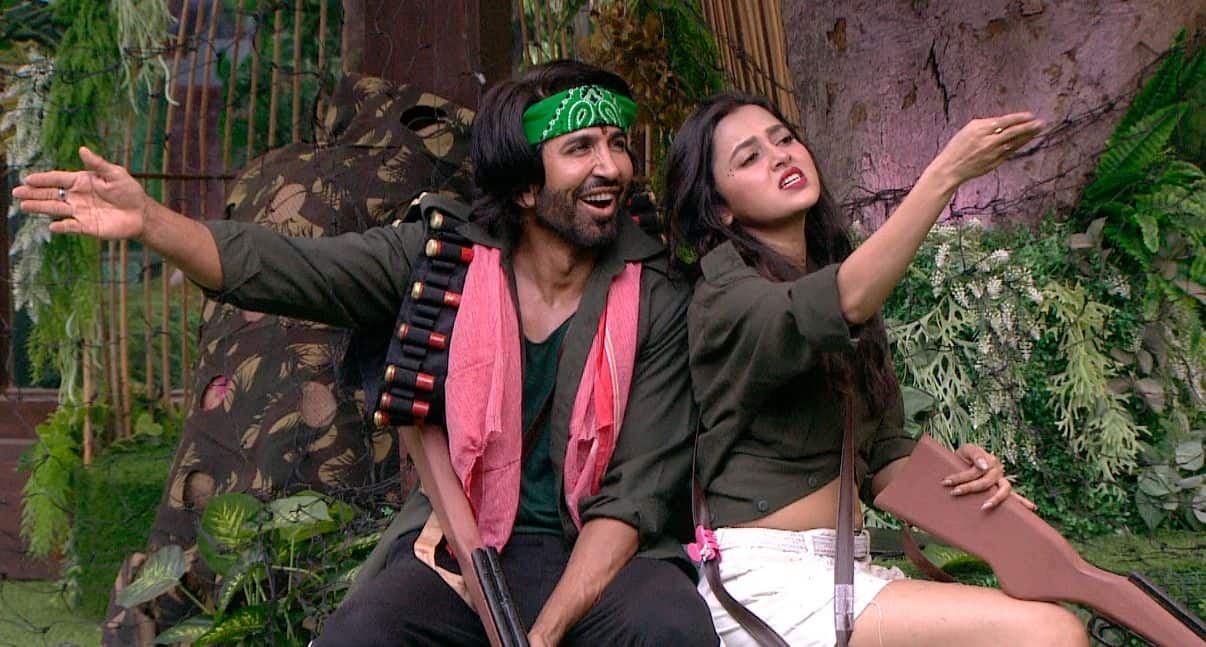 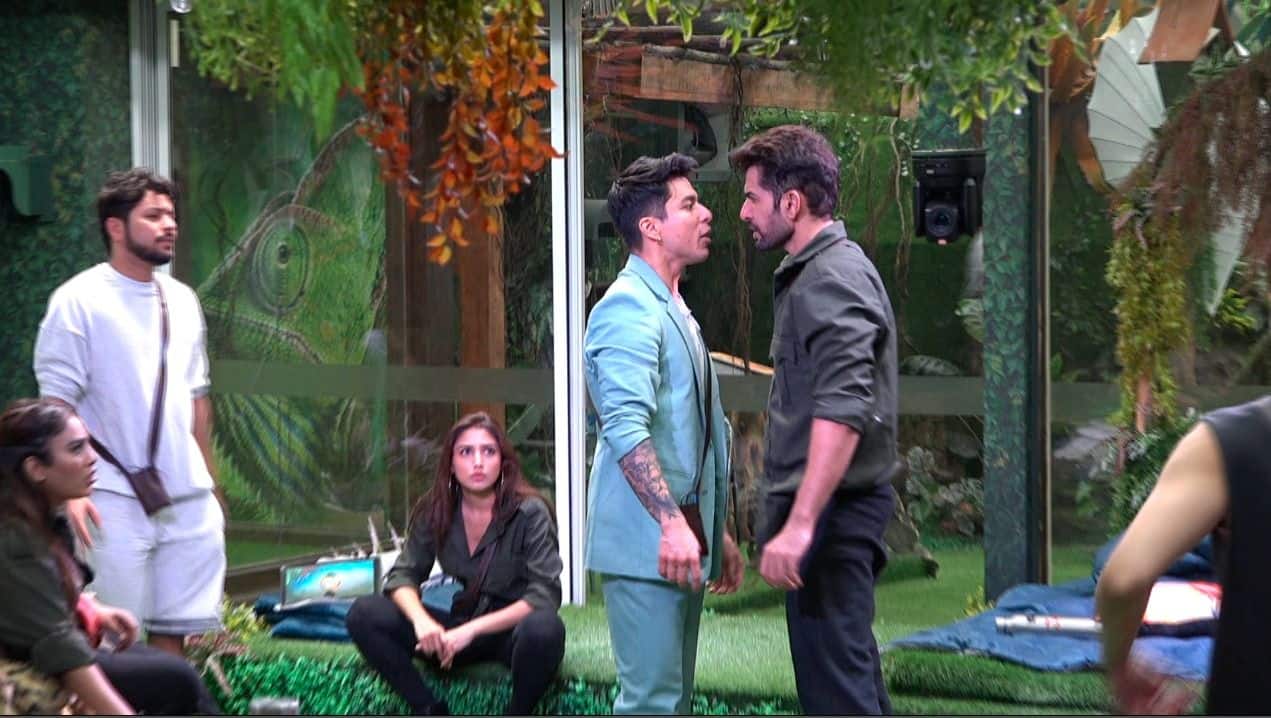 Meanwhile, love is in the air for Ieshaan and Miesha with Jay and Simba pulling their legs! As Miesha plays with Ieshaan's hair, Jay quips, "Kaccha naariyal abhi ghisna band karo!" which makes Simba roar with laughter! On the other hand, Bollywood's Shehenshaah Amitabh Bachchan's birthday brings out a fanboy in Vishal. He reveals that he loved watching Deewaar as a child and became an actor only because of 'Big B'! With nostalgia memories racing back, this heartfelt moment leaves him in tears.