Bigg boss 16 updates: Sajid Khan, who was accused of MeToo by several women, made his entry as a contestant on the Salman Khan-hosted reality TV show last night. Netizens are in disbelief. After Shehnaaz Gill, now Kashmera Shah is at the receiving end for supporting Sajid Khan. 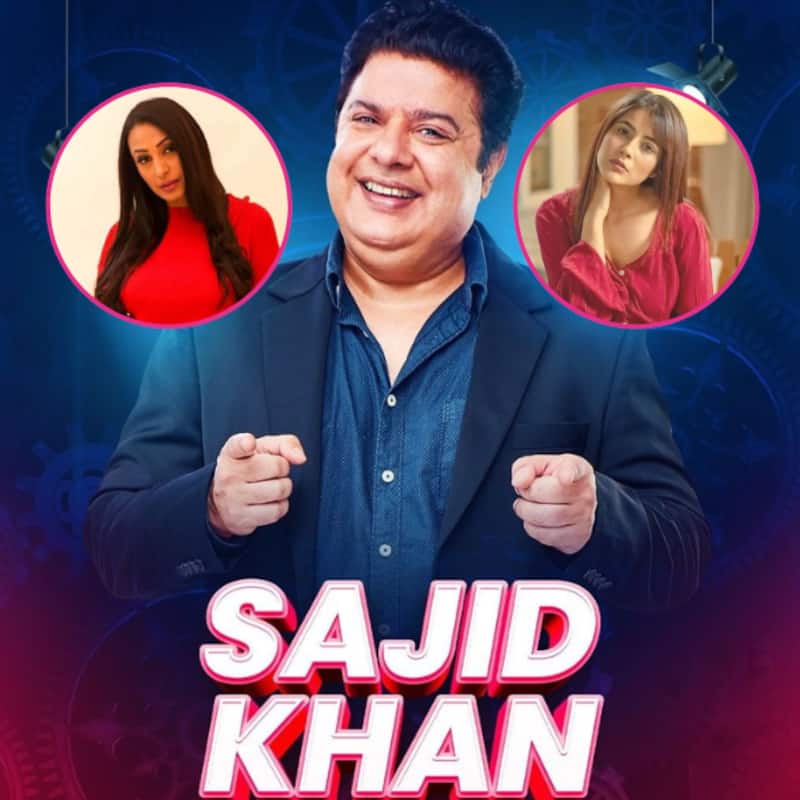 Salman Khan-hosted Bigg Boss 16 premiered last night and the host introduced and sent 16 celebrity contestants inside the house. The Circus themed Bigg Boss house is as much the talk of the town as the Bigg Boss 16 contestants. And talking about the contestants, director Sajid Khan, also made an entry on stage and introduced himself as a contestant of the season. It has come as a huge shock for everyone and are in disbelief over the channel bringing Sajid on the show. Sajid Khan was accused of MeToo a couple of years ago. Shehnaaz Gill's message also irked many and now, a tweet by Kashmera Shah is going viral over Sajid's entry in Bigg Boss 16. Also Read - Bigg Boss 16: Ankit Gupta, Fahmaan Khan, Sidharth Shukla and more — Meet the 'HAWT Men' club members of Salman Khan show that made fans go uff

Last night, at the end of Bigg Boss 16 Grand Premiere, Sajid Khan was the last contestant to enter the Salman Khan-hosted TV show. Sajid Khan turned the Bigg Boss stage into a stand-up comedy show stage and started joking around before Salman made his entry and introduced him as a contestant. Shehnaaz Gill wished him as he entered the house of Bigg Boss 16. And now, Kashmera Shah has also tweeted about the same. Also Read - Bigg Boss 16: MC Stan leaves housemates shook with his popularity; 7 ways in which he left an impact despite being an atypical contestant

Kashmera Shah, who was a part of the first season, said that Sajid Khan's honesty touched her heart. She added that she is looking forward to seeing him on the show and also praised Farah Khan for her advice to her brother. Farah asked Sajid to be himself as he is, the funny kind. Also Read - Bigg Boss 16: Ankit Gupta upsets netizens by choosing Sajid Khan over Soundarya Sharma? [Read Tweets]

Just saw #BiggBoss on @justvoot and must say I loved the line up. There are a few early favorites but I have to admit that #SajidKhan s candid honesty touched my heart waiting to see him more good advice by sister #farahkhan @ColorsTV ##BB16

Well, for starters, "KASHMERA SHAKAL DEKH APNI" is trending on Twitter. Yes, you read that right. Bigg Boss 16 has been one of the biggest trends in Entertainment News ever since. After Shehnaaz Gill lent her support to Sajid Khan with a video message, now Kashmera Shah is on the receiving end. Some Karan Kundrra fans have slammed her. Last season when Kashmera had slammed Karan for his comment on Tejasswi, they brought it back. Check out the tweets here:

Why am I not surprised ?

Wow just wow last season u humilated karan to another extent and shakal dekh it's isn't a gali now openly supporting sajit who humilated many women's
Didi feminism is crying in corner ????

Feminism comes with payment baba...did teja or karan pay her no...but she got payment from others

Saw this coming...brutally trolling someone for saying shakal dekh apni In heat of the moment, shaming someone fir saying a simple word as aunty coming in support of molester...wow... btw

Last year Aunty par bawal karne wale log, today supporting #SajidKhan these ppl will write essay on feminism. But when the time comes to show the support/Stand for GIRL/VICTIM. These jokers will stand with the accused.#BiggBoss #BigBoss16 #TejasswiPrakash #TejRan pic.twitter.com/RXPinNQtaP


Talking about Sajid Khan, he had been lying low ever since several actresses and journalists came forward and accused him of MeToo. On stage, Sajid Khan was cheerful and talked about being without work for four years. The filmmaker said that he had got arrogance after tasting success and karma hit back at him after the same. Sajid Khan added that he feels humble and believes that he will learn a lot inside the house of Bigg Boss 16. Stay tuned to BollywoodLife for the latest scoops and updates from Bollywood, Hollywood, South, TV and Web-Series.
Click to join us on Facebook, Twitter, Youtube and Instagram.
Also follow us on Facebook Messenger for latest updates.
Advertisement