On the first day inside the Bigg Boss 16 house, Priyanka Chahar Choudhary and Ankita Gupta's chemistry has left a mark on viewers. Sumbul Touqeer Khan also showed a glimpse of her strong personality. 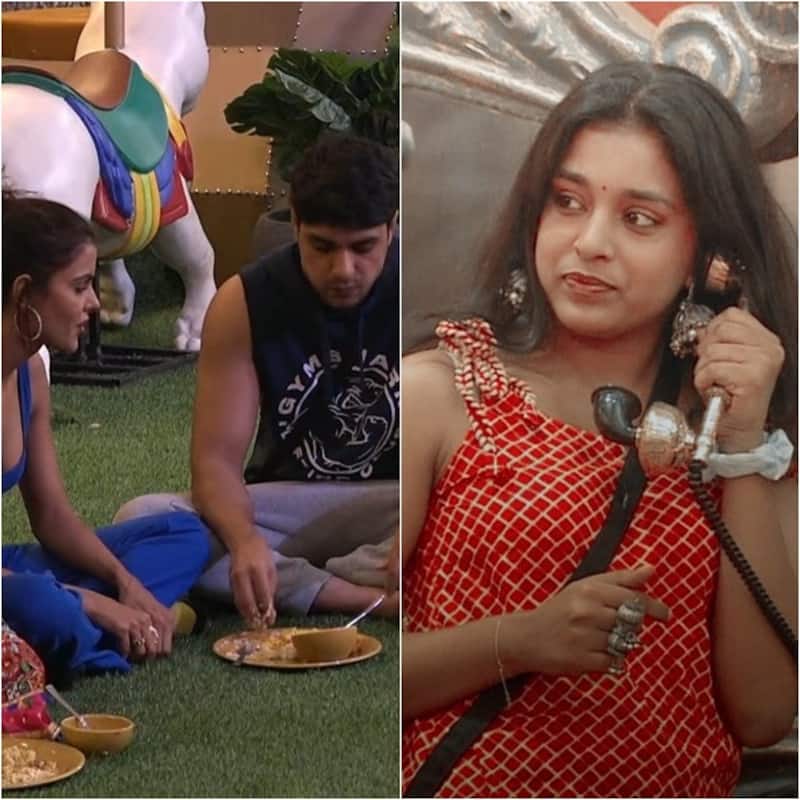 It was descent day for Bigg Boss 16 contestants inside the house. It can be seen that housemates have been trying to build a connection with one another to keep them going with the game. Among all the housemates, Priyanka Chahar Choudhary and Ankita Gupta's chemistry has left a mark on viewers, who are now shipping for their romance. Moreover, Sumbul Touqeer Khan has also managed to impress the audience with her fearless attitude and some are even hoping to see a love triangle between Priyanka, Ankita and Sumbul. Also Read - Bigg Boss 16: Gauahar Khan slams the contestants as 'greedy inconsiderate set' after Ankit Gupta and Sumbul Touqeer are left with no ration [Read Tweets]

On the first day inside the Bigg Boss 16 house, Priyanka and Ankita made their presence felt. The two have worked together in popular TV show Udaariyaan and their onscreen chemistry is already a hit with the audience. They were seen taking care of after each other and their sweet gestures made fans wanting to see more of them as a couple. Also Read - Bigg Boss 16: Nimrit Ahluwalia suffers panic attack due to Shalin Bhanot; accuses him of mocking her mental health

In the morning, Priyanka and Ankit had a sweet chat and even hugged each other. Later, the two were seen eating in the same plate and their fans have flooded the social media with their adorable pictures. Fans have already monikered them with #PriyAnkit. It seems like their popularity has worked wonders for them. Also Read - Bigg Boss 16: Did Shiv Thakare use double-meaning words in spat with Tina Datta? Netizens react on THIS comment

On the other hand, Sumbul showed a glimpse of her strong personality and took a stand for MC Stan and tried to resolve the issue between the latter and Gautam Vig. She even cracked up the audience with her sense of humour and fans have already started rooting for her.

#AnkitGupta open up a bit, we want to see more of you. Also, #PriyankaChaharChoudhary is fine as of now. #BiggBoss16 #BiggBoss #BB16

Im looking forward to Priyanka, Tina, Ankit & Sumbul. I don’t know who I’ll end up liking or connecting with but for now these 4 intrigue me.. #BB16 #BiggBoss

I m so excited for this season. I see sumbul, Ankit & Priyanka as a actor who get script & they perform in it...we all love them due to their character. I pray to god that they can't think about their image but come as strong as Hina Khan & Rubina #biggboss16

Meanwhile, Krushna Abhishek will be seen hosting a show Bigg Buzz, where he will be seen grilling the evicted contestants of the controversial reality show Bigg Boss, hosted by Salman Khan.