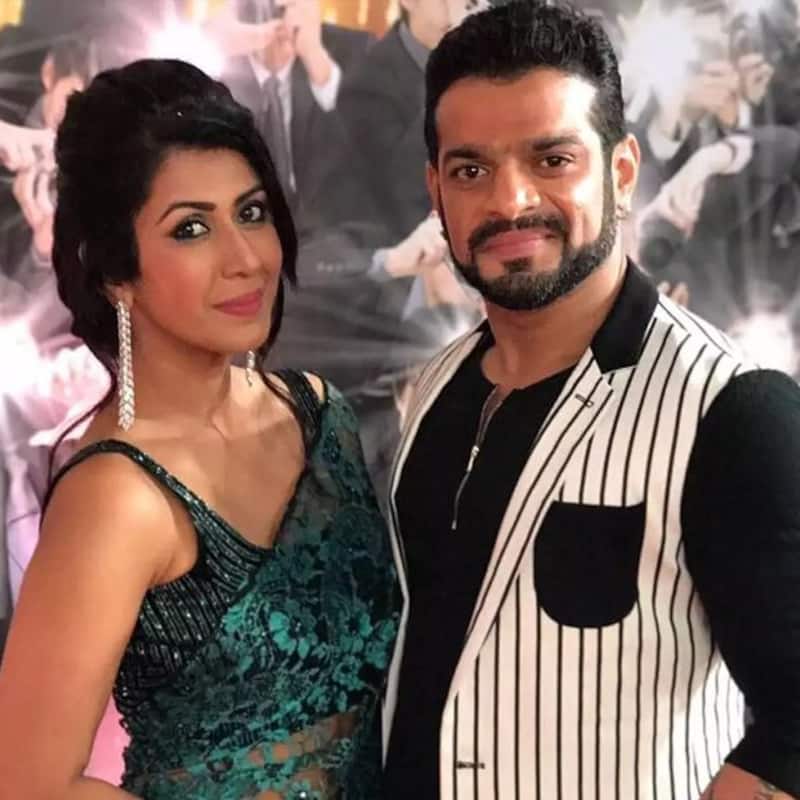 Popular TV actor Karan Patel who played the role of Raman Bhalla in Yeh Hai Mohabbatein has been trending on social media for a few days now. There were speculations that Karan would participate in Salman Khan's popular reality show Bigg Boss season 16. Karan's fans were pretty excited about the same and were eagerly waiting to see their fave star enter the show. But, it seems as Karan will not be part of Bigg Boss 16. Yes, you read that right! It seems as Karan has rejected Salman Khan's Bigg Boss 16 offer. Also Read - Trending TV News Today: Ghum Hai Kisikey Pyaar Meiin couple Aishwarya Sharma-Neil Bhatt's baby plans, Indian Idol 13 gets flak from fans and more

Recently, Karan's wife Ankita Bhargava took to her Instagram stories and revealed that Karan will not be participating in Bigg Boss. She wrote that both Ankita and Karan were under the level of excitement of their fans. But Karan participating in Bigg Boss 16 is rumours and he will not be part of the show. She even revealed that something good is coming soon. Also Read - Bigg Boss 16 confirmed contestants: Sumbul Touqeer, MC Stan, Jannat Zubair and more CONFIRMED contestants of Salman Khan show 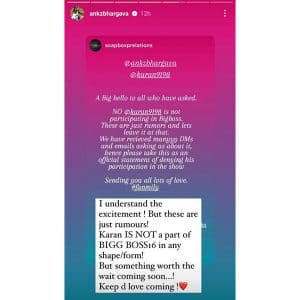 Karan Patel's PR also spoke about the actor not entering Bigg Boss 16 and said that they are just rumours. They have been receiving messages and emails asking if Karan will be part of Bigg Boss 16. They even shared an official statement and revealed that Karan will not be part of the show.

Apart from Karan, Manya Singh, Tina Dutta, Shivin Narang, Adnan Sheikh, Madirakshi Munde, and other celebs have been approached by the makers. The show will start airing in October and fans cannot keep calm now.