In the latest promo of Bigg Boss 16, Priyanka Chahar Choudhary and Ankit Gupta are seen cuddling on the couch after their fight. Archana Gautam can't contain her excitement to see them together. 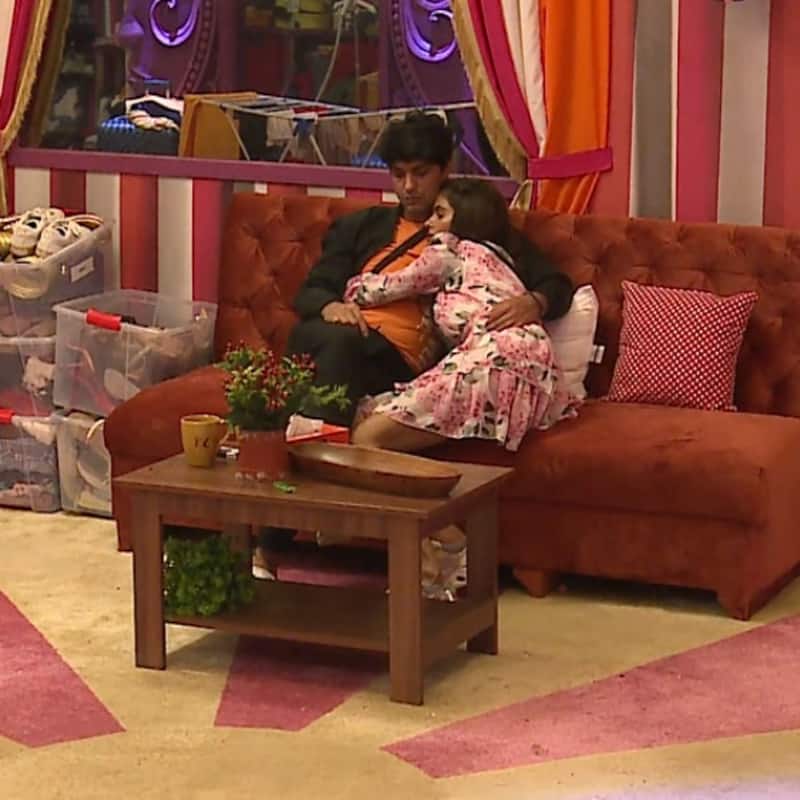 Recently on Bigg Boss 16, Priyanka Chahar Choudhary had an emotional breakdown over her coming across as wrong and dominating, despite having her close friend Ankit Gupta's best interests in her heart. She confessed to Soundarya Sharma that she can't figure out what's going on in her head, even though she's trying hard. But it seems like the two have again gotten back together in the most romantic way possible. Also Read - Bigg Boss 16 Shukravaar Ka Vaar: Salman Khan calls Tina Datta and Shalin Bhanot's love angle FAKE [Watch Video]

The latest promo of Bigg Boss 16 shows Priyanka surrendering herself into Ankit's arms talking about how she couldn't stay away from him for a long time. She tells Ankit that she was going to give him a kiss on his forehead. When Ankit asks her what stopped her from doing that, Priyanka replied saying that she thought she should give him some time to cope. Also Read - Bigg Boss 16 winner: Rubina Dilaik picks the contestant with the strongest chance to win this season of Salman Khan show

As Ankit continues to keep a poker face saying that if he would've talked to her earlier, she would've taken it otherwise, Priyanka tells him romantically that he doesn't know how much she adores him. She also informs him that she is a kind of girl who will get convinced by him even with just a hug. Also Read - Bigg Boss 16: Abdu Rozik gives a good night hug to Nimrit Kaur Ahluwalia after a long time, NimDu fans say, 'True friendship never ends' [Read Tweets]

While Priyanka and Ankit are cuddling on the couch, Archana Gautam, who just passes by them, can't contain her excitement to see them together. She keeps asking the two about how they decided to reconcile and what was the story behind it, Priyanka and Ankit are seen blushing and answering Archana's queries with a smile on their faces.

In the upcoming episode of Bigg Boss 16, captain Nimrit Kaur Ahluwalia will be seen ranking housemates from 1 to 11 based on their involvement in the house. And she 11th rank to Ankit Gupta, who then shoots back at her saying, "Agar mein sabse kaam involvement ke baad bhi nauvey hafte mein sirf ek baar nominate hoka yaha tak hoon toh ye aap sabke mooh par chata hain."