Bigg Boss 16: Sumbul Touqeer will be reportedly getting evited from Salman Khan's show as there is no contribution of The Imlie actress and she is one of the highest paid in the show. 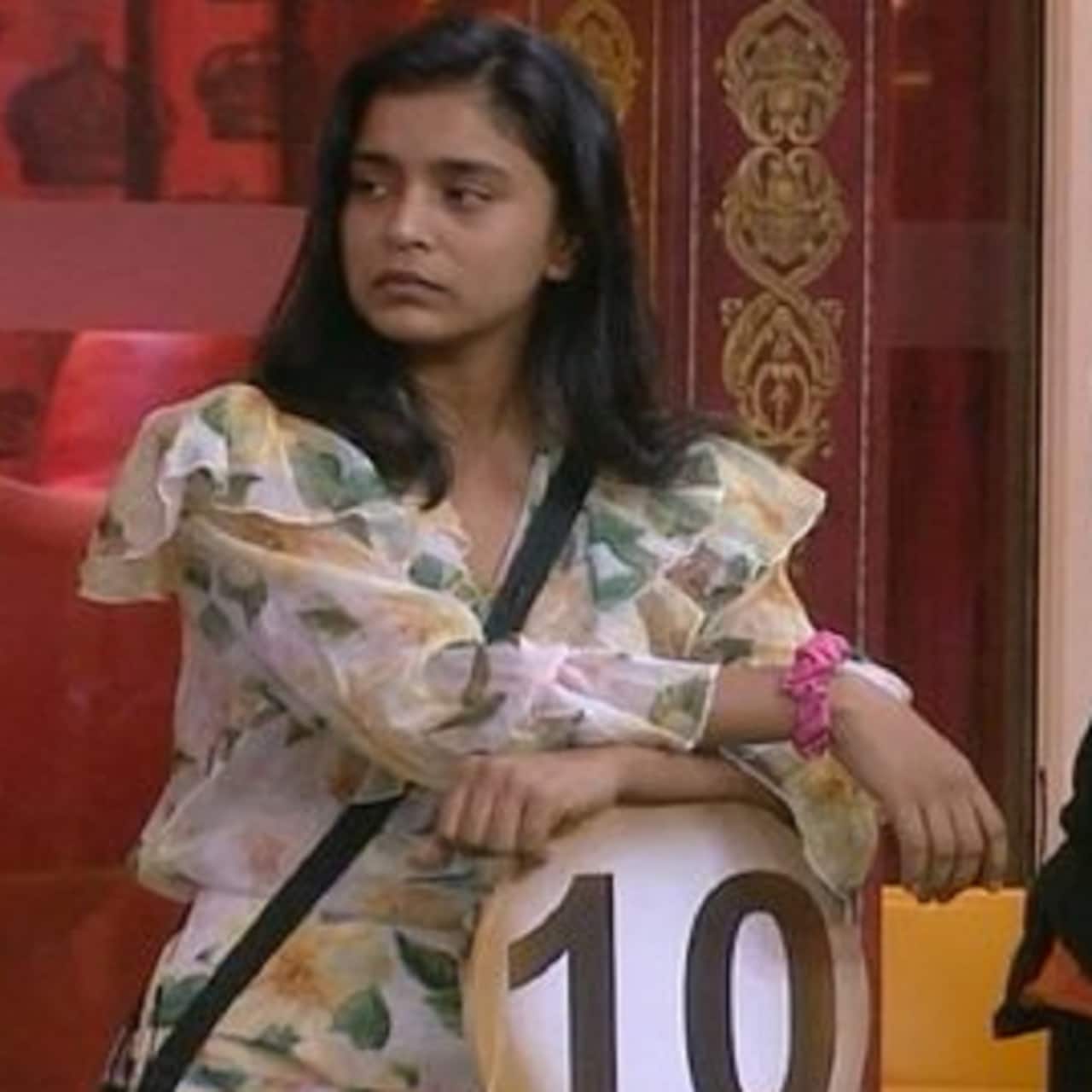 Bigg Boss 16: We saw this coming, Sumbul Touqeer who was nominated by Shalin Bhanot in the show might get eliminated this week because she has no contribution to it. Sumbul went through a lot in this show and only Fahmaan Khan’s entry brought a little light for the 19-year-old girl. Many claimed that she went on the show too soon and shouldn’t have taken this move. Sumbul came out as the most vulnerable contestant in the house. But like her friend Fahmaan believe she is the strongest of all the all and the day she will start fighting back she can even win the show. But seems like that isn’t happening, as the latest reports on social media suggest that Sumbul will be eliminated this week. Also Read - Bigg Boss 16: Nimrit Kaur Ahluwalia receives BACKLASH for saying Sumbul Touqeer is playing a victim card; netizens say she has been doing it since day one 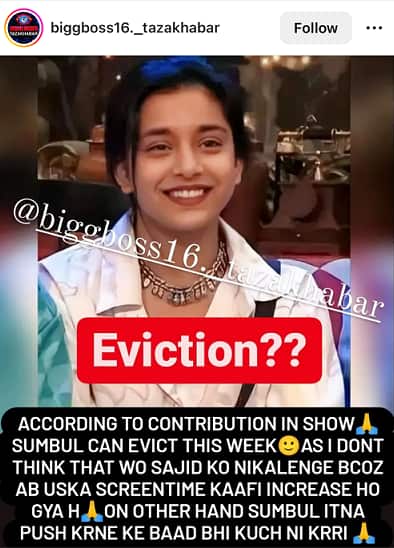 Also Read - Bigg Boss 16: Sumbul Touqeer and Shalin Bhanot to be out from the finale race on Salman Khan show?

In the ranking task, the Imlie fame was put on number 10 by the new captain of the house Nimrit Kaur Ahluwalia and Sumbul didn’t even fight once for it and this show that she has lost in interest to be a part of the show. Also Read - Bigg Boss 16: Nimrit Kaur Ahluwalia slammed for her selfish nature in TTFT; netizens sympathize with Sumbul Touqeer

40-year-old Shalin Bhanot and 31-year-old Tina Datta find it amusing to wilfully lay phoney allegations on 19-year-old Sumbul and bully her on the basis of their own made-up lie, DESPITE the fact that she has REFUTED it.#sumbultouqeerkhan • #biggboss16 pic.twitter.com/j1e31laqJY

This is literally what was happening in the morning for over an hour they literally stuck on her and this video is sped up at 15X?

But please, a standing ovation? for the royal ignoring she give them, as if they weren't there#SumbulTouqeerKhan#BiggBoss16 #BIGGBOSS16 #BB16 pic.twitter.com/r4QzXgV4Gi

And on the contrary, there were reports of Sajid Khan being evicted as he is nominated too, the makers decided to keep him back as he is giving more content to them compared to Sumbul and his screen time has also increased in the show. Many assumed that Sajid will get evicted from the show due to his behaviour and language in the show and being a Metoo accused. Now it will be interesting to see if the speculations turns out to be true.