Bigg Boss 16: On Saturday night, Sajid Khan entered the house as the 15th contestant on the show. Sajid Khan's entry on the Salman Khan show has met with a lot of criticisms and Sona Mohapatra is one of them. 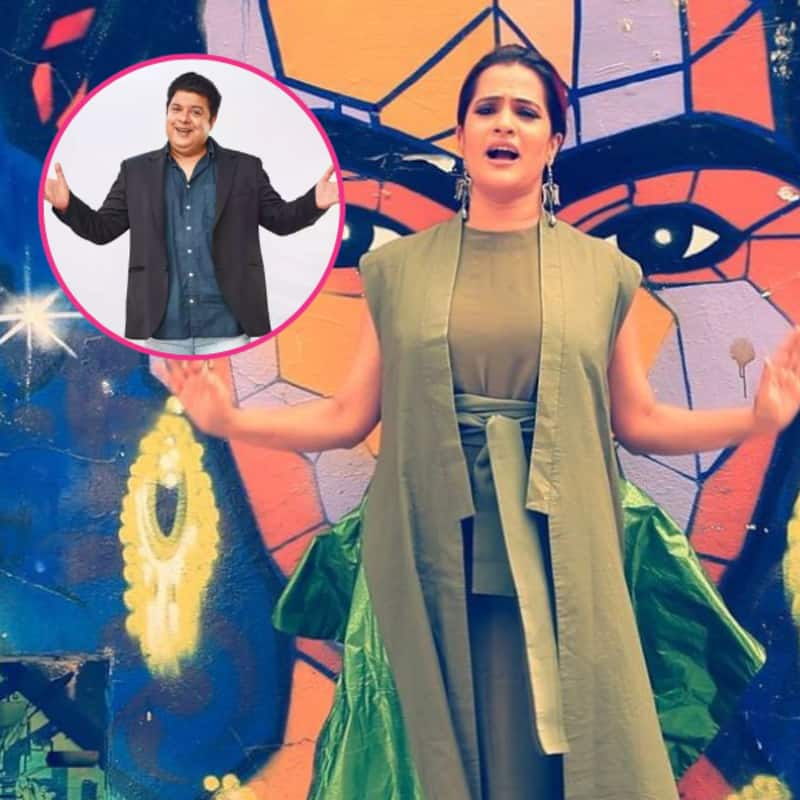 Sajid Khan is one of the contestants of Bigg Boss 16. Salman Khan introduced Sajid on the Grand Premiere Night and it came as a big shock for the netizens. Filmmaker Sajid Khan has been accused of MeToo by several women and seeing him back on TV has naturally triggered a lot of people. While Sajid got support from Bigg Boss 13 fame Shehnaaz Gill and Kashmera Shah, netizens have been slamming the makers and the channel for getting him aboard. And Sona Mohapatra has also slammed the channel and the makers for the same. Also Read - Bigg Boss 16: Tina Datta tells Salman Khan she said 'I Love You' to Shalin Bhanot as a friend; cries feeling lonely inside the house [Watch]

Sona Mohapatra is very angry with the makers of Bigg Boss 16 as Sajid Khan was introduced as a contestant. Sona talked about how people are getting MeToo accused men on shows and for work. She also recalled Anu Malik who has been judging Sa Re Ga Ma Pa, Kailash Kher as a celebrity judge on TV, etc and said that the channels and executives are a depraved and sad lot. She later tagged Farhan Akhtar, who is Sajid's cousin and runs a foundation called MARD which is about men against rape and discrimination, and asked him to stand up and speak. She said, "Charity begins at home". Also Read - Trending TV News Today: Kavya in Anupamaa gets pregnant; Tina Datta breaks down, gets eliminated from Bigg Boss 16 and more 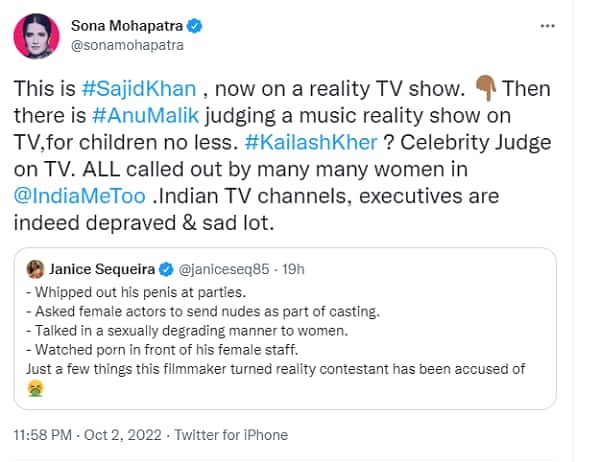 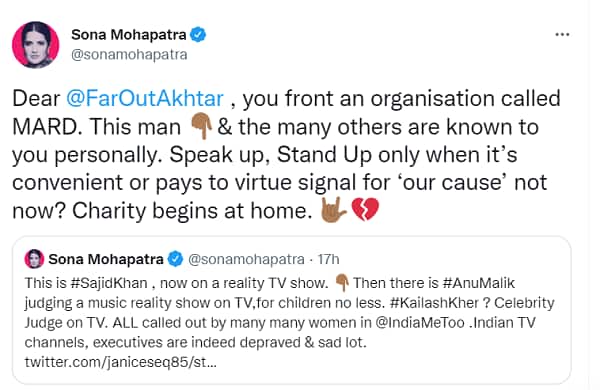 Sajid Khan during his entry on Bigg Boss 16

When Sajid Khan entered the house of Bigg Boss 16, he was introduced as one of the celebrated filmmakers. Sajid Khan talked about how he became arrogant after tasting success and then karma hit back at him. There was no mention of MeToo of which he was accused of no less than 9 women. Even MeToo India had tweeted out against Sajid Khan becoming a contestant on one of the biggest reality TV shows.