Bigg Boss 16: Priyanka Chahar Choudhary and Sumbul Touqeer Khan's fans have lashed out at Shalin Bhanot and Sajid Khan for the way they treated the girls in the house of Bigg Boss tonight. Check out their tweets here: 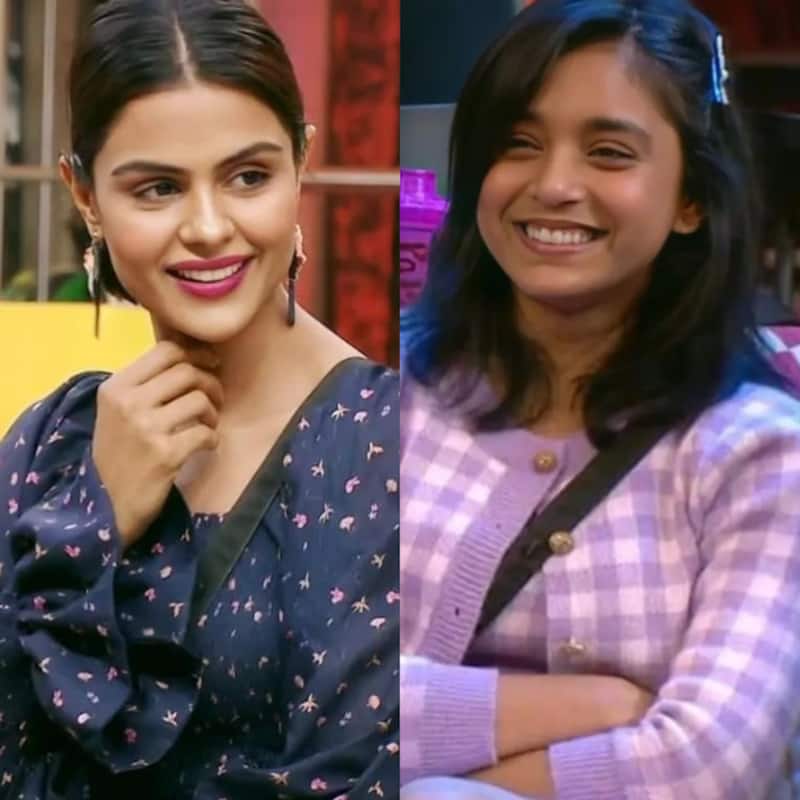 The latest episode of Bigg Boss 16 Weekend Ka Vaar concluded a couple of hours ago. And it was centered majorly on Tina Datta and Shalin Bhanot. Well, finally after 4 months ghe fakeness of Shalin and Tina was called out. Salman Khan called out Tina Datta over Shalin. But the housemates have been feeling that Shalin Bhanot has been faking it all the time. Anyways, Shalin is the talk of the town because of his behaviour with Priyanka Chahar Choudhary today. On the other hand, even Sajid Khan is getting a lot of flak for the way he treats Sumbul Touqeer Khan. Also Read - Yeh Rishta Kya Kehlata Hai, Ghum Hai Kisikey Pyaar Meiin and more TOP TV shows that are fetching good TRPs despite getting flak for ongoing tracks [View Pics]

Ever since Bigg Boss 16 started airing everyone has been watching Sajid Khan and disapproving of his way of talking and behaving with a lot of contestants. Lately, the way he has been treating Sumbul Touqeer Khan has been criticized a lot. Tonight in Bigg Boss 16, we saw Sajid Khan mocking the emotional quotient in Sumbul yet again. Sumbul wanted to leave and be alone for a while but Sajid didn't let her be. Fans of the Imlie actress were livid. Check out the reactions here: Also Read - Entertainment News Wrap: Salman Khan calls Tina Datta-Shalin 'FAKE' on Bigg Boss 16; Thalapathy Vijay, Sangeetha getting a divorce? [Watch Video]

What is his problem with emotion??? Do you want #SumbulTouqeerKhan to be a cold hearted, ruthless, emotionless robot?? You are just shameless #SajidKhan. Even more disturbing is @ColorsTV @EndemolShineIND @VootSelect @BeingSalmanKhan that ignore this gaslighting on NTV

#SumbulTouqeerKhan perfectly giving back to #SajidKhan through her reactions ??

Retweet if you like this version of her #BB16 #BiggBoss #BiggBoss16

Wat A Monster #SajidKhan Is, He humiliates #SumbulTouqueerKhan so much, Why dont you say anything to him @BeingSalmanKhan ??

That Mol*st*r #SajidKhan can't even take denial properly and reacts agressively. But no one questions that.

Just because a nineteen year old girl is more emotional in comparison to others. She is overacting. Where is the logic!! #SumbulTouqeerKhan #BB16

Finally #SumbulTouqeerKhan took her much needed stand against #SajidKhan

#Sajidkhan is crossing all limits, he already knows about #SumbulTouqeerKhan is younger and immature person..he is making fun of her weakness again and again which is hurts more to her! he should need learn from #ShivThakre the way he praise her as big brother!! #BiggBoss16 #BB16

I request #SumbulTouqeerKhan to stay away from bully man #SajidKhan...#BiggBoss #Biggboss16 #BB16

In tonight's episode of Bigg Boss 16, we saw a task taking place in which the housemates had to spray the face/faces of contestants he feels had an unclear image in the house. When Priyanka Chahar Choudhary called upon Shalin Bhanot and talked about his confusing personality, Shalin lost it. Shalin wanted to talk but Priyanka held the foam can in front of his face. She had not sprayed the foam on his face yet Shalin rudely knocked her hand away. His gesture has not been liked by the fans. Moreover, last night Shalin also got angry with Priyanka and threw Bigg Boss' property. Check out PCC's fan reactions here: Also Read - Bigg Boss 16 Weekend Ka Vaar: Abdu Rozik left in tears, Salman Khan bashes Archana Gautam-MC Stan and other upcoming twists

What is wrong with this woman beater ??
[#PriyankaChaharChoudhary #PriyAnkit #BiggBoss16 #BB16]pic.twitter.com/sWfueQG4fE

Fragile masculinity at its peak

This is NOT DONE!!#ShalinBhanot you must apologize to #PriyankaChaharChoudhary for this. SB could have moved back but he chose to push Priyanka's hand away. Unfortunately, such imp things will not be called out on WKW https://t.co/gtusnaD12d

This is NOT DONE!!#ShalinBhanot you must apologize to #PriyankaChaharChoudhary for this. SB could have moved back but he chose to push Priyanka's hand away. Unfortunately, such imp things will not be called out on WKW.....

This is NOT DONE!!#ShalinBhanot you must apologize to #PriyankaChaharChoudhary for this. SB could have moved back but he chose to push Priyanka's hand away. Unfortunately, such imp things will not be called out on WKW.....

This guy #ShalinBhanot is so disgusting bloody woman abuser, you don't deserve respect of anyone, I'm glad God saved Diljeet and her son from this monster, behen #TinaDatta stay away from this man otherwise your life will come into danger #PriyAnkit #PriyankaChaharChoudhary https://t.co/XO1OoYnLb0

That was so nasty and uncalled Shalin. That violence needs to be Condemned.

In the next episode of Bigg Boss 16 Weekend Ka Vaar, we will see family members of the housemates coming and interacting with Salman. Archana Gautam and MC Stan will be reprimanded by Salman as well.