Bigg Boss 16: Tina Datta and Shiv Thakare indulge in a massive fight after he makes Nimrit Kaur Ahluwalia the new captain of the house. 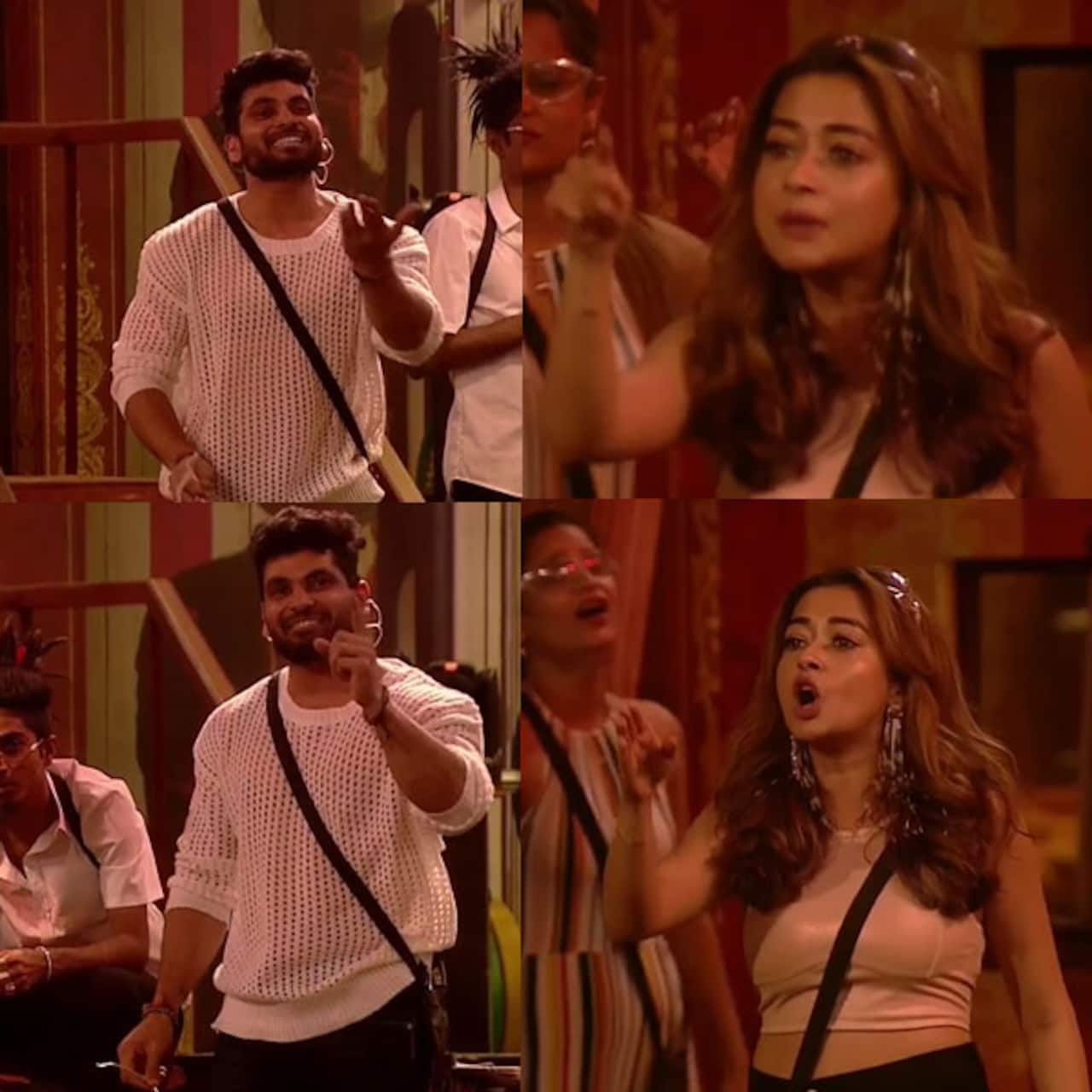 Bigg Boss 16: Tina Datta and Shiv Thakare have gone on the radar all thanks to Nimrit Kaur Ahluwalia after he makes her the new captain of the house. Tina is seen losing her calm over seeing Nimrit take over the captaincy and has been seen slamming both Shiv and Nimrit and challenging that she will snatch the captaincy from her within three days and asks Shalin to play. Also Read - Bigg Boss 16: Archana Gautam, Tina Datta to leave; Shiv Thakare, Priyanka Chahar Choudhary, and others make it to the Top 5? Here's what we know

Watch the video of Shiv Thakare and Tina indulging in a massive fight.

In the promo you can see how Tina and Nimrit indulges in a huge fight after she is announced the captain of the house, later in another promo you can see Tina almost losing her calm and calling Shiv 'gira hua and neech'. Their friendship is seen going kaput and this definitely has broken their team and how it will be interesting to see how Shalin and Sajid Khan will manage to bring them together. Also Read - Bigg Boss 16 Promo: Sumbul Touqeer Khan gets all SAVAGE as she nominates Priyanka Chahar Choudhary; fans say 'no one rocks nominations as she does' [VIEW TWEETS]

Bigg Boss 16: Tina Datta and Nimrit Ahluwalia fight over the captaincy in this video

Tina Datta is strongly slamming Shiv as she is clearly unhappy with Nimrit becoming the captain of the house, while Nimrit questions what problem she has if he is her preference to which Tina says that she doesn't have a problem in preferences but the discussion they had without them and playing game amongst the group. Shalin tries to calm Tina to which later she says that I am not scared of them. While the viewers are having field day on how Shiv turned the game changer and are happy that Tina hasn't become the captaincy. Other viewers are slamming Bigg Boss makers for always favouring Nimrit. Also Read - Bigg Boss 16 winner: Ex contestants name the celeb with the highest chances to take home the trophy and prize money