Bigg Boss 16: A video of Archana Gautam and Soundarya Sharma has them doing a roleplay of a boss and secretary and fans are connecting it to Sajid Khan. 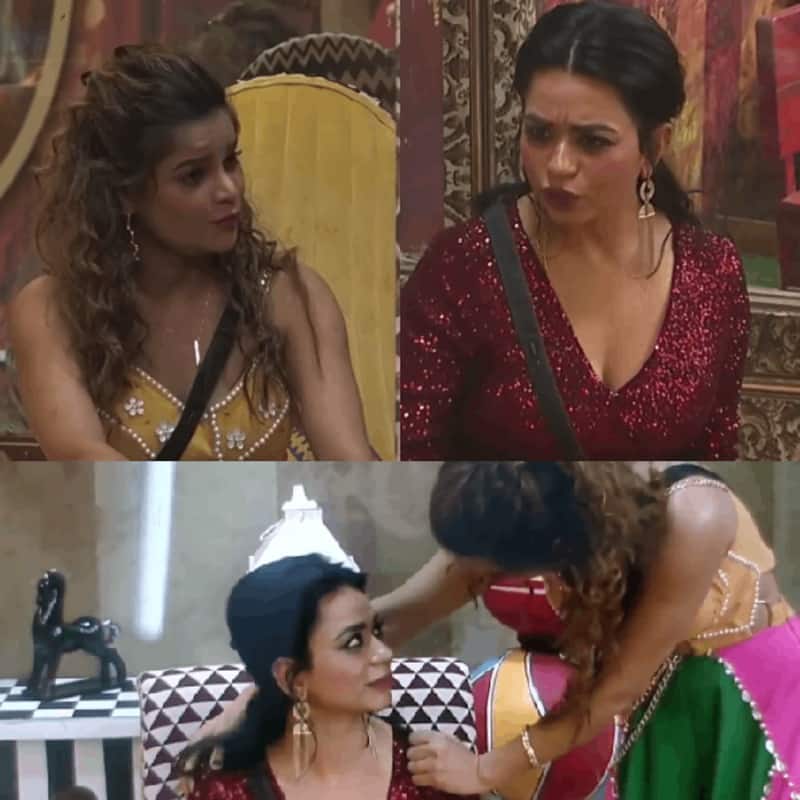 Bigg Boss 16 is making a hell lot of noise. The contestants of the show are providing the right fodder for the show to gain TRPs. Bigg Boss 16 hosted by Salman Khan has witnessed a great amount of jump in TRPs over the past week. Archana Gautam, Sajid Khan, Shalin Bhanot, Tina Datta, Nimrit Kaur Ahluwalia, Shiv Thakare and other contestants are keeping the audiences hooked to the screens. Just yesterday, Archana Gautam and Sajid Khan got into a massive fight where abuses were hurled. Now, a video of Archana and Soundarya has gone viral and netizens are surprised. Also Read - Trending TV News Today: Namish Taneja to enter Bigg Boss 16 as wild card, Kundali Bhagya actress Shraddha Arya slams haters with sass and more

Archana Gautam and Soundarya's roleplay of boss and secretary

In the video, Archan Gautam and Soundarya Sharma are doing a role-play of sorts where the former is a 'Sir' of a big company while Soundarya comes to him for work. It starts with Archana aka Sir asking about Soundarya's qualifications. Later on, Archana talks about expectations and touches Soundarya on her shoulders in a suggestive way. Fans are stating this act of Archana and Soundarya is an indirect dig at Sajid Khan. Also Read - Bigg Boss 16: Sumbul Touqeer's journey on Salman Khan's show to be interrupted due to unforeseen reasons? This is what Tarot expert says [Exclusive]

Check out how fans are reacting to it:

While doing fun, they exposed a member of the house and they didn't even know ?#ArchanaGautam #SoundaryaSharma#BiggBoss16 • #BB16 pic.twitter.com/ial3OvxkI0

Everyone Want to bash #SajidKhan For #Metoo
Left Right Center

In the past, Sajid Khan has been accused of MeToo by several women. As he entered Bigg Boss 16, there was a big debate on how a MeToo accused was allowed to enter a show like this. Also Read - Bigg Boss 16: Soundarya Sharma's 40 lakh ring to Sajid Khan's financial crunch - Times when 'money talks' inside Salman Khan's show created stir