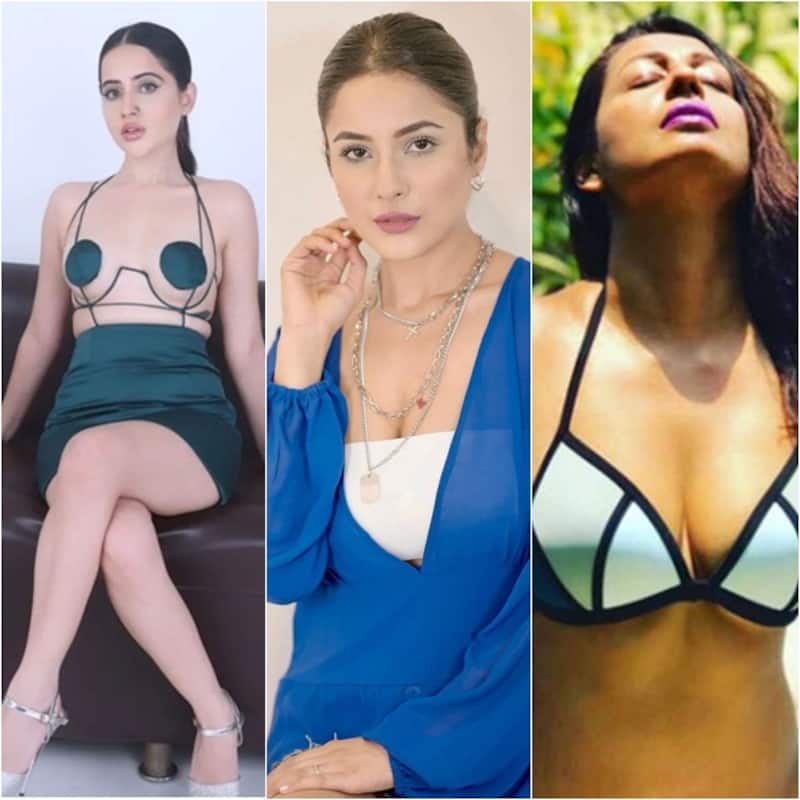 She took to Instagram to question the makers of Bigg Boss 16 about their motive to support Sajid. She asked them to stop working such people and said that Sajid has never apologised for his sexual misconduct. "Big boss why would you do that ? When you support sexual predators , you're actually telling them that it's ok what we they've done. These men need to know this behaviour is not okay and they cannot get away with it !" she wrote. Also Read - Bigg Boss 16: Rahul Vaidya confirms the exit of Tina Datta but hints that she could comeback quite soon

"Stop working with sexual predators !!! It's not controversial , it's just disgraceful! Sajid khan never apologised for what he did! Imagine what the girls he harassed must be feeling ? So you don't really have to worry cause even if you harass multiple women you will still get to be on the biggest show on India !! Controversy k Iiye aap har cheez thode support karenge ! #colors stop supporting sexual predators !!!" Urfi added. Also Read - Bigg Boss 16: Tina Datta tells Salman Khan she said 'I Love You' to Shalin Bhanot as a friend; cries feeling lonely inside the house [Watch] 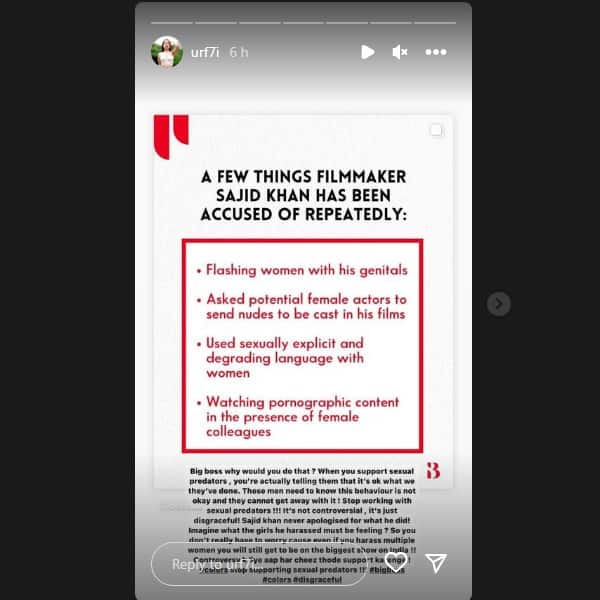 The Bigg Boss OTT fame then shared a screenshot of a news article about Shehnaaz and Kashmera supporting Sajid and asking people to give him a chance. She wrote, "If women like Shehnaaz gill, Kashmera shah are free to support a sexual predator , I'm free to criticise him and both of them too !!" 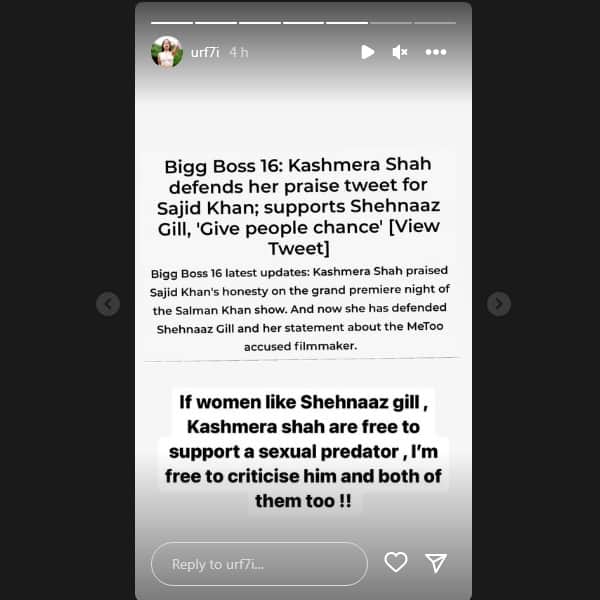 Urfi also cleared the air that she has not been offered Bigg Boss 16 and even if she was approached by the makers, she wouldn't have participated. "Not that I got an offer from big boss this year but even if I got it , wouldn't !! Can we all please stop supporting sexual predators A A A I can't even believe what the girls he harassed must be going through seeing him every day on television !" she wrote. 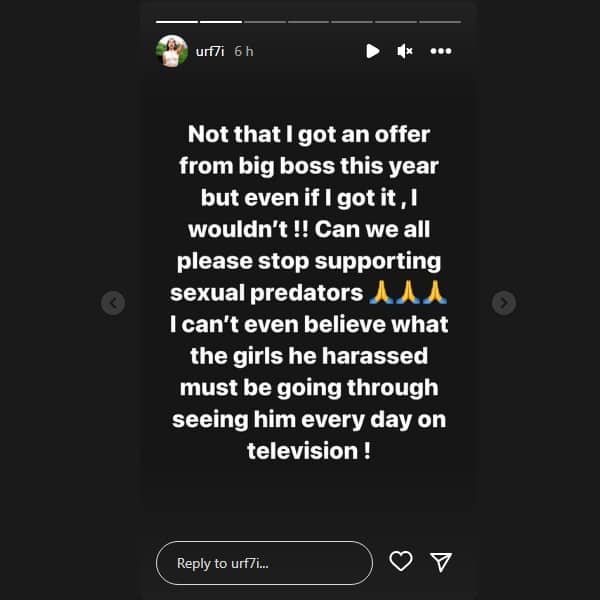 Meanwhile, Sajid has been nominated for elimination. The filmmaker questioned co-contestant Shalin Bhanot for nominating him in the controversial reality show. While questioning Shalin, Sajid also said that the television actor had called him before the show.