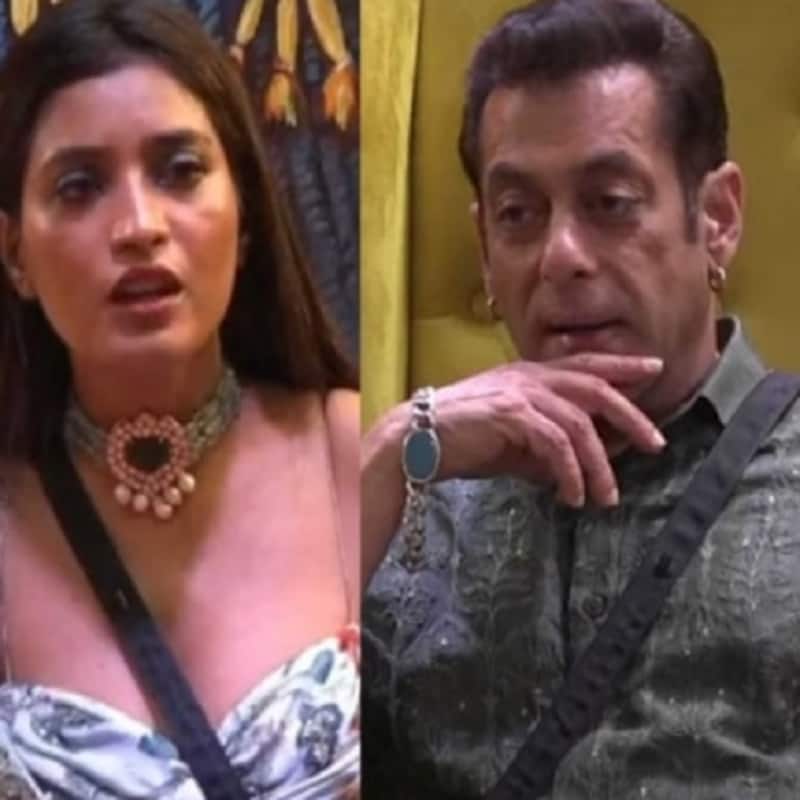 Bigg Boss 16's first fight that has been grabbing a lot of eyeballs and it's between Miss India runner-up 2020 Manya Singh and Sreejita. The girl's indulged in a heated argument after Many called Sreejita De a TV actor and said that she represented the nation. Many thought that she is arrogant about her achievements. While in the first Weekend Ka Vaar, we see Salman Khan slamming Manya that she feels she is angar and others are bangar. The promo of Salman Khan slamming Manya is going VIRAL as the netizens feel the superstar did an absolutely right thing. Also Read - Bigg Boss 16: Priyanka Choudhary called 'bad bahu', Archana Gautam's 'Naali wali aurat' comment and more cringe-worthy remarks against female contestants

Well not only netizens, but even TV stars like Gauahar Khan and Arjun Bijlani have slammed Manya for her comment on Sreejita De. Also Read - Bigg Boss 16: Manya Singh exits show; rare facts about 'gaon ki ladki' which you should know

Exactly, calling yourself an Indian ambassador and doesn’t know the basics of inclusion, tolerance and respect! #irony. https://t.co/GOhTUCwwFk

I’m sick of people passing comments like Yeh toh tv actress hai and or yeh toh tv actor hai .. And the funniest is they use the platform of tv and pass such comments. Don’t come on television if you have such a big problem . Tv big hai tha aur rahega . #BiggBoss16

Manya has been facing a lot of brunt online for her arrogance Do you think this will affect her for longer run. Keep watching the space.