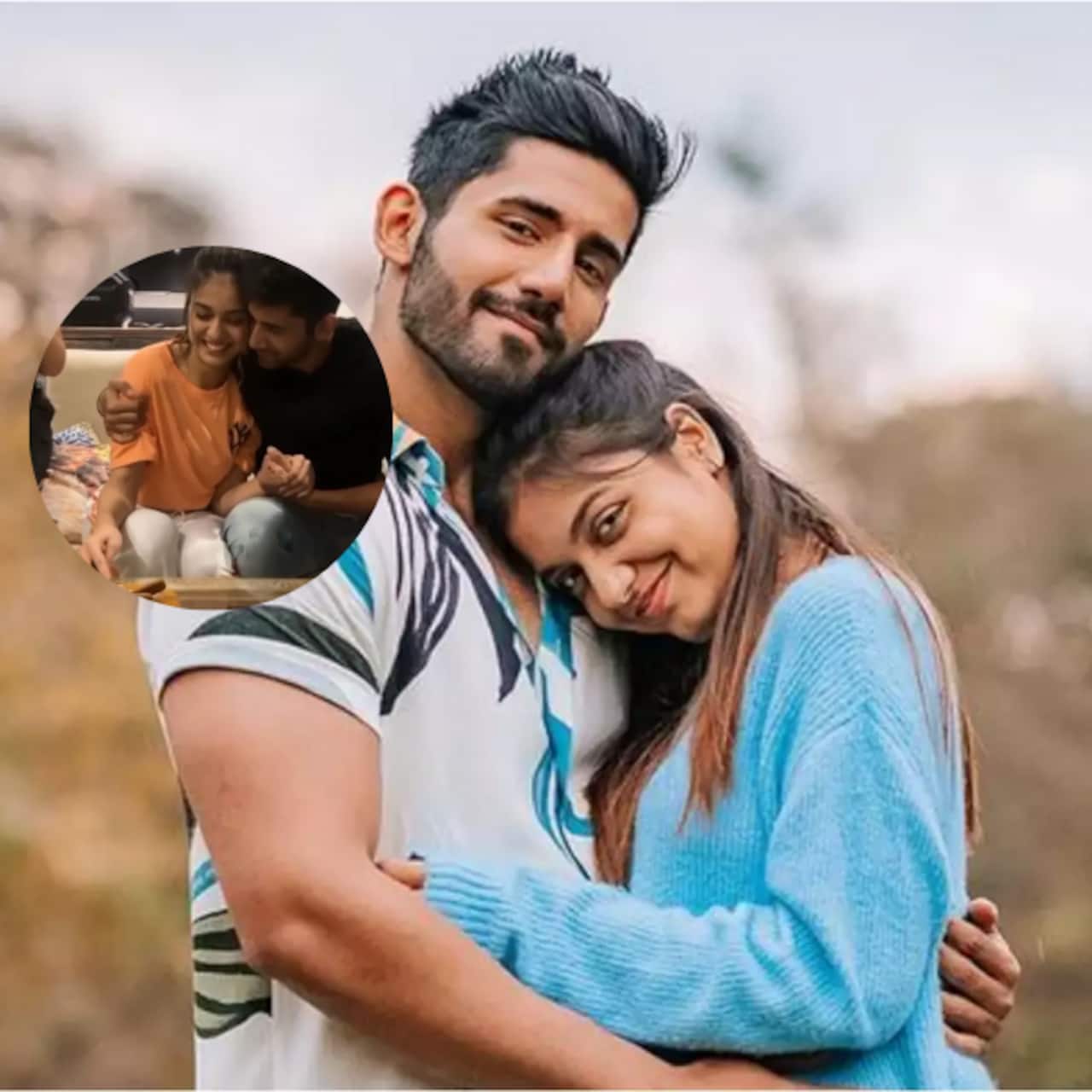 Last night, the grand finale of Bigg Boss OTT took place. Along with the finale, Bigg Boss OTT created a world record of over 1000 hours of live streaming in 42 days. Divya Agarwal was crowned the winner of Bigg Boss OTT. She and Nishant Bhat were left in the race for the winner's trophy as Shamita Shetty was named as the second runner up. And Divya is in a celebratory mode. She cut a cake as she reunited her with her Varun Sood after about 6 weeks. They were seen sitting on a sofa together. Varun can be seen embracing Divya most lovingly. They cut the cake together to celebrate Divya's win. Check out the video of the same here: Also Read - Bigg Boss 16: Sumbul Touqeer Khan SLAMS an impersonator for spreading hate against Priyanka Chahar Choudhary using her name; calls her a 'good competitor'

Another celebration video was shared by Rannvijay Singha on his Instagram handle. Divya can be seen going absolutely crazy after seeing him. She is seen jumping around and screaming with joy as she brought the trophy home. "One more trophy," Divya can be heard screaming. She hugged everyone and even watched her winning moment on the TV screen while they celebrated with some drinks. "The trophy is home. @divyaagarwal_official won!! Thanks a ton to all of you for voting for her! So proud of @varunsood12 @harmansingha @akshitasood @sartajsangha @esha_bhuchar @prince_agarwal_ and all Divya’s friends who were doing all the hard work from outside too!" Rannvijay captioned the post. Check it out here: Also Read - Bigg Boss 16: Shalin Bhanot gets happy tears as he relieves his rollercoaster journey through special AV [WATCH]

Last Monday, when Varun Sood had entered the house, Divya Agarwal had turned into a kid. And seeing her turn into a kid again is just too adorable. Divya mostly played a solo battle after her connection Zeeshan Khan was ejected mid-way from the house. Divya's fans and friends rallied behind her through and through to make her win the Bigg Boss OTT trophy. Also Read - Bigg Boss 16: MC Stan and Shiv Thakare receive severe backlash for allegedly passing 'below the belt' remark on Priyanka Chahar Choudhary