Santokh Singh Sukh recently shared a throwback family picture with his daughter Shehnaaz Gill on his Instagram that has left fans confused about their alleged cold war.

Bigg Boss 13 contestant Shehnaaz Gill was in the news last year when several reports of her father Santokh Singh Sukh being upset with her had surfaced on the internet. It was being said that when Shehnaaz visited Punjab with Sidharth Shukla for a shoot, she refused to meet her fans whom her father made a promise. He had also said that he will never ever talk to her again. Amid the chaos, Santokh recently shared a throwback family picture with Shehnaaz on his Instagram that has left fans confused about their alleged cold war. Also Read - WTF Wednesday: Here's why Shehnaaz Gill and dad Santokh Singh Sukh's alleged fall-out has left people confused AF

It is known that Shehnaaz is very close to her father Santokh who had also entered the Bigg Boss 13 house to support her. In the said old picture, Shehnaaz was seen posing with her father for a family picture. She is seen wearing an orange suit and looks quite younger in the photograph. It seems like the image was taken when she was a teenager and daddy's little girl. Also Read - Shehnaaz Gill denies to meet fans, upset father Santokh Singh Sukh says, 'Usko attitude aagaya hai' 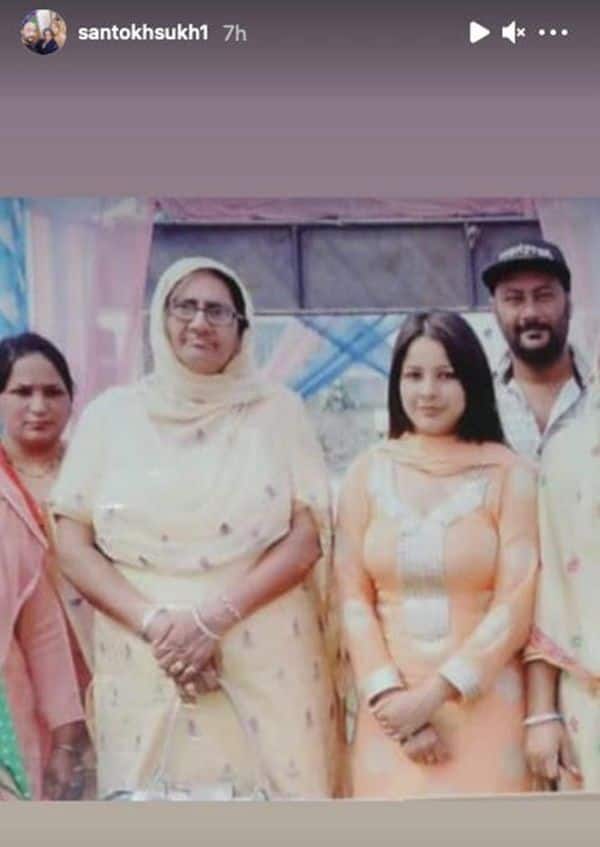 Also Read - Shehnaaz Gill's father REACTS to Paras Chhabra's harsh words; says, 'I forgive him for whatever statement he has made'

Earlier, in an interview to Tellychakkar, Santokh had said that he was very upset with his daughter. He said that Shehnaaz did not come to meet her grandfather who underwent a surgery. He also added that Shehnaaz had developed a lot of attitude after her new-found success and could not even make time for her fans.

Later, he clarified his statements and requested people not to blow his words out of proportion. He had said that he was upset with Shehnaaz so he vented out his angst on social media. He reassured everyone that there is no huge rift between Shehnaaz and him.