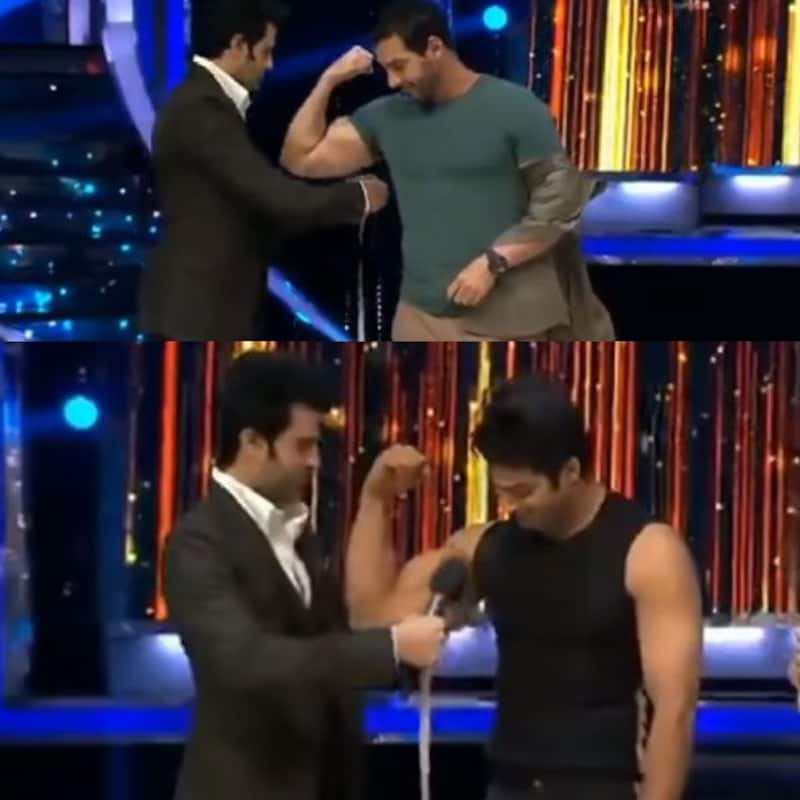 Post his winning stint in Bigg Boss 13, the handsome hunk of TV, Sidharth Shukla hit the gym and when he shared that picture, it went viral in no time and garnered immense love from his fans. But if you are Sid's fan, you will know that he has been a fitness enthusiast and has shown his muscular bod in Varun Dhawan and Alia Bhatt starrer Humpty Sharma Ki Dulhania, in which he played a key role. While his fans are waiting for his next project, we have got our hands in one of the old videos, where he was a participant in the dance reality show, Jhalak Dikhla Jaa and his arm's size was measured alongside John Abraham, who had come for the promotion of his film. While John's biceps was 17 inches, Sidharth was quite close as the size of his arm was sixteen-and-a-half inches. Also Read - Bigg Boss 16: Shiv Thakare reveals his favourite winner of Salman Khan's show and it's not a surprise [Exclusive]

Sidharth Shukla recently featured in a music video titled Bhula Dunga along with his close friend Shehnaaz Gill. While many praised the chemistry, some criticized them. Talking about that, Sid said, "Everyone is entitled to their opinion and I hear that my fellow Bigg Boss contestants have had their opinions on the song and our chemistry. However, all I would like to say is I work for the love and appreciation of my audience, which our song has surely received looking at the views and love pouring in from all our viewers. At the end of the day, for me, my audience’s appreciation is the most important and I am grateful to each and every one of you." Also Read - Bigg Boss 16: Five times Shehnaaz Gill got brutally trolled; from supporting Sajid Khan, to dancing at a wedding after Sidharth Shukla's death

The song has already crossed 57 million views on YouTube and is one of the most commented songs ever. The song is crooned by Darshan Raval and is directed by choreographer Punit J Pathak. So, what are your thoughts on the above video? Tweet and let us know @bollywood_life. Also Read - Before Bigg Boss 16: Here's a recap of the nastiest fights on Salman Khan show