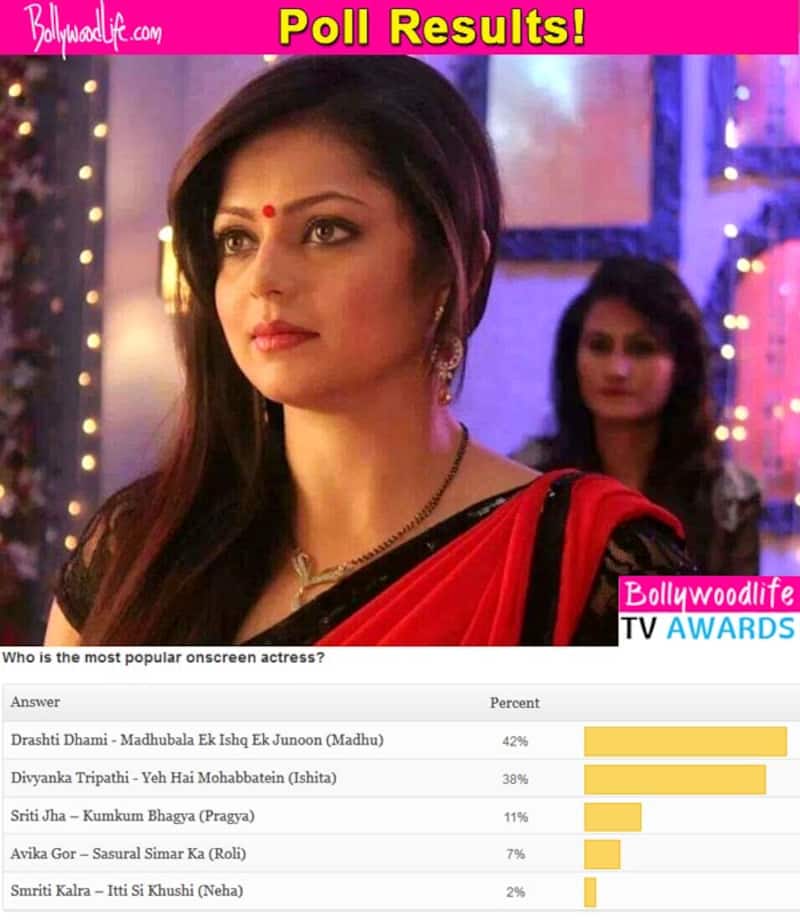 We recently conducted a Social Media awards for B-town folks. And now it’s the time to honour television actors who’ve worked really hard to entertain us. So we had about 11 categories in BollywoodLife TV Awards 2015 where fans picked their favourite stars in each category. We’ve got an overwhelming response and today we’ll reveal the results of the most popular onscreen actress. Also Read - Jhalak Dikhhla Jaa 10: Nora Fatehi wipes a tear after Sriti Jha's emotional act on Pachtaoge; hints at pain of betrayal

She is a star in her own right and absolutely deserves the star status. Drashti Dhami of Madhubala Ek Ishq Ek Junoon who recently got married to Neeraj Khemka, won the most popular onscreen actress poll with about 42 per cent votes. She beat Yeh Hai Mohabbatein’s Divyanka Tripathi, who received 38 per cent votes and came in second. Also Read - Karan Patel Birthday Special: From Kamya Panjabi to Payal Rohatgi, the hunk has been linked to these TV beauties

BollywoodLife congratulates the Drashti Dhami on being chosen as the most popular actor onscreen telly actor of 2015 by the aam janta. It’s a position many covet but only manages to achieve every year and we are glad that Drashti made the cut.