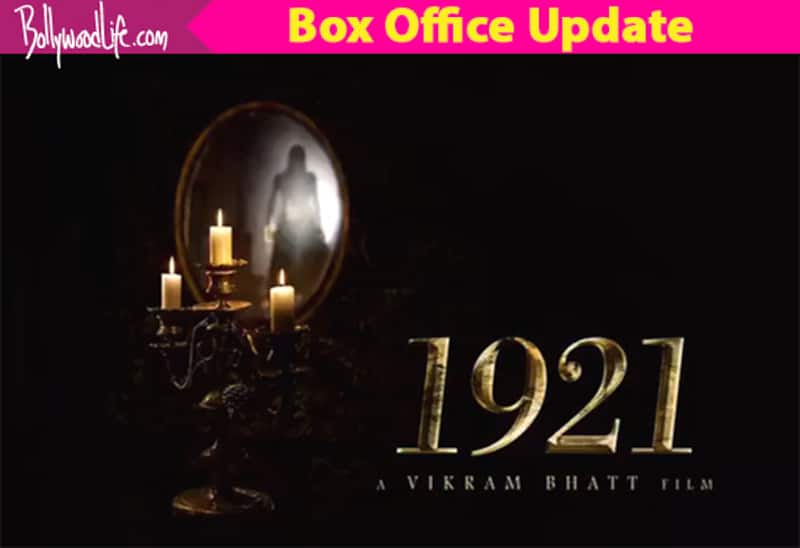 Zareen Khan and Karan Kundrra's 1921 has managed to remain steady on its second Monday at the box office. Since there was no big release in the last week, the horror film remained primary choice for the cinegoers. It raked in Rs 52 lakhs yesterday and currently stands with the grand total of Rs 14.13 crore. Trade analyst Taran Adarsh shared the official collection on his Twitter account, "#1921Movie [Week 2] Fri 51 lakhs, Sat 64 lakhs, Sun 88 lakhs, Mon 52 lakhs. Total: ₹ 14.13 cr. India biz." Also Read - As Uri hit the screens yesterday, here’s a roundup of the box office fates of the last 5 Bollywood releases that kicked of the new year

Despite clashing with Kaalakaandi and Mukkabaaz, the Vikram Bhatt directorial venture has made its presence and dominated over other releases at the box office. Made on a budget of Rs 15 crore (Cost of production + cost of print and advertising), 1921 will surely recover its investment through its theatrical run. Looking at the current trend, the film is expected to earn around Rs 16-17 crore at the ticket window. The film revolves around a couple dealing with their dark pasts and secrets to secure their present and future.

Karan Kundrra and Vikram Bhatt made Zareen Khan crack up on the sets of 1921; watch video

Earlier in a statement Zareen had said, “I have never done a horror genre so, it’s very challenging for me. But I am really looking forward to this one.” The film revolves around a couple dealing with their dark pasts and secrets to secure their present and future. On the occasion of the first day of shoot, Vikram said “The point is to just not scare but to make the audience feel for the characters that and want them protected. 1921 is a film that goes beyond the genre. Why can’t the villain of a great love be a great evil?” Anyway, have you watched the film? Did you liked it? Share with us your thoughts and reviews about 1921 in the comments section below! Also Read - Black Panther CRUSHES the lifetime business of these Bollywood films to become 2018's third highest grosser