#25YearsOfKaranArjun : How Director Rakesh Roshan built his legend by cracking the revenge formula

Rakesh Roshan has not only cracked the code of revenge-based thrillers and actioners at the box-office for over 30 years, but is one of the select few filmmakers whose commercial potboilers, revolving around tried-and-tested themes, seldom fails to find favor with critics 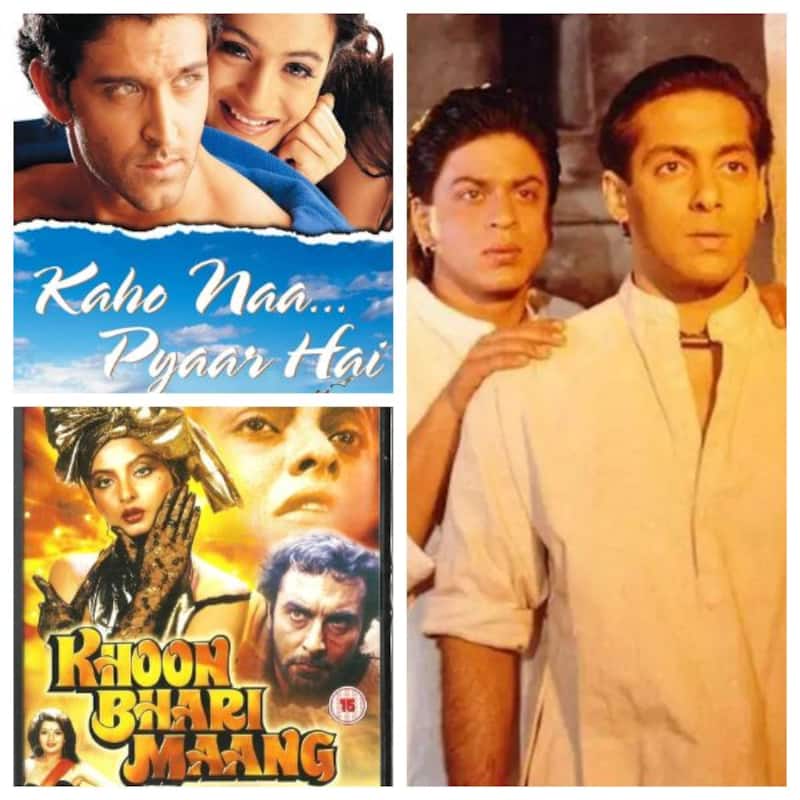 Bollywood and revenge themes go hand-in-hand. Films based on heroes avenging the deaths or other wrongdoings meted out to their near and dear ones have been existing since the days of Dilip Kumar, Dev Anand and Raj Kapoor and continue to click with modernday moviegoers. However, amidst this melee of 'badlas' and 'baddies' on the receiving end of said badlas, only a quarter have truly managed to stand out on the sheer strength of their memorable characters, strong plots and having the sensibilities of presenting old wine in a new bottle. And none have done it better and more consistently than Rakesh Roshan over a period of more than 30 years. (perhaps, Manmohan Desai is the only other Bollywood filmmaker who did it so well for so long).

The avant-garde filmmaker has not only cracked the code of revenge-based thrillers and actioners at the box-office, but is one of the select few filmmakers whose commercial potboilers, revolving around tried-and-tested themes, seldom fails to find favor with critics. Just take a look at his track record of revenge films below:

While filmmakers in India had been dabbling in revenge since as far back as we can remember, Rakesh Roshan was the first to present a strong female protagonist (which also brought Rekha right back into mainstream contention after a couple of years of professional and personal setbacks) who not only is the embodiment of women empowerment before the term became fancy in our cinema, but also manages to be so by kicking major ass all on her own.

Two years down the road, Roshan Sr. again visited the theme, this time with twin brothers (played by Anil Kapoor), who come together to teach one of their step mothers and her relatives a lesson. Rakesh Roshan and only Rakesh Roshan could have won over both critics and the audience with a plot done thrice before (Ram Aur Shyam, Seeta Aur Geeta, ChaalBaaz).

After setting scorned widows and twins on the path of revenge, Rakeshji did it again by reincarnating his heroes (Shah Rukh Khan and Salman Khan) for one of the biggest hits of the 90s.

By now, the Director has become such a pro at dishing out revenge, that he had the gall to use it as the backdrop (this time with doppelgangers instead of twins) in a musical-love story, which not only launched sonny boy Hrithik Roshan in the biggest way one has ever been launched in the history of Indian cinema, but also began the new millenium with a bang for Hindi cinema.

The next frontier to merge revenge with was in a superhero film, and Rakesh Roshan, with son Hrithik again in tow, did it by giving Bollywood only its second superhero worthy of being hailed a pop-culture icon (after Mr. India) while also snowing us how we can be influenced by the west yet remain totally desi with our cinema.

Hrithik Roshan completes 2019 as the no.1 BO star

This may not have only been produced by Rakeshji, but the plot of a blind man (again played by Hrithik, in what is one of the best portrayals of a blind character ever) avenging the rape and subsequent suicide of his wife has the stamp of the filmmaker all over it. Though not as big a commercial success as the aforementioned titles (more due to extraneous factors than any fault of the film), this one was a critical darling and has since gained cult status with Bollywood movie-buffs.