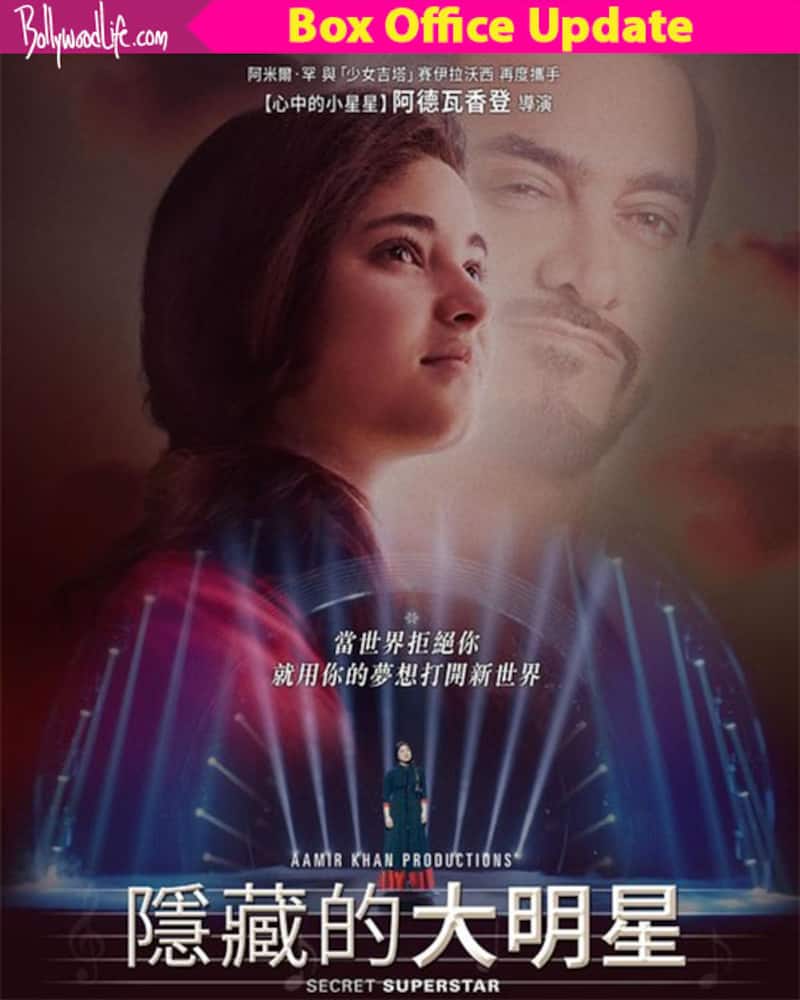 Aamir Khan and Zaira Wasim's Secret Superstar has achieved yet another milestone at the Chinese box office. The musical drama has now crossed the Rs 750 crore benchmark there. With the humungous contribution China, Secret Superstar has become the third Indian film to cross the Rs 900 crore mark globally after Dangal and Baahubali 2. Also Read - Pathaan actor Shah Rukh Khan to Ayushmann Khurrana: Bollywood actors and their weird habits will make you go WTH

Despite many new releases, Secret Superstar has remained strong for four weeks at the Chinese box office which is truly commendable. The film has once again showed the popularity of Aamir Khan in China through its mind-boggling collections. Despite only being a cameo, the audience went to the cinema halls to watch him on the silver screen. After PK and Dagal, Secret Superstar is the third consecutive success film of Aamir Khan in the Chinese market.

Aamir Khan's Secret Superstar nears the Rs 900 crore mark in the worldwide market; but it will it touch Rs 1000 crore?

Secret Superstar was made on the shoe-string budget of Rs 15 crore including promotion and advertising and with this kind of numbers, we are sure that the makers are on cloud nine. Despite its strong hold, we doubt the film will achieve the Rs 1000 crore milestone at the box office as Black Panther, which is set to hit the screens tomorrow may affect the business of Secret Superstar. By looking at the stupendous response for Bollywood films, Salman Khan is also releasing his 2015 blockbuster Bajrangu Bhaijaan in China on March 2. With around 8000 screens, we are expecting the film to repeat the success of Dangal and Secret Superstar Also Read - Malaika Arora-Arbaaz Khan, Hrithik Roshan-Sussanne Khan and more Bollywood couples who remained good friends even after divorce