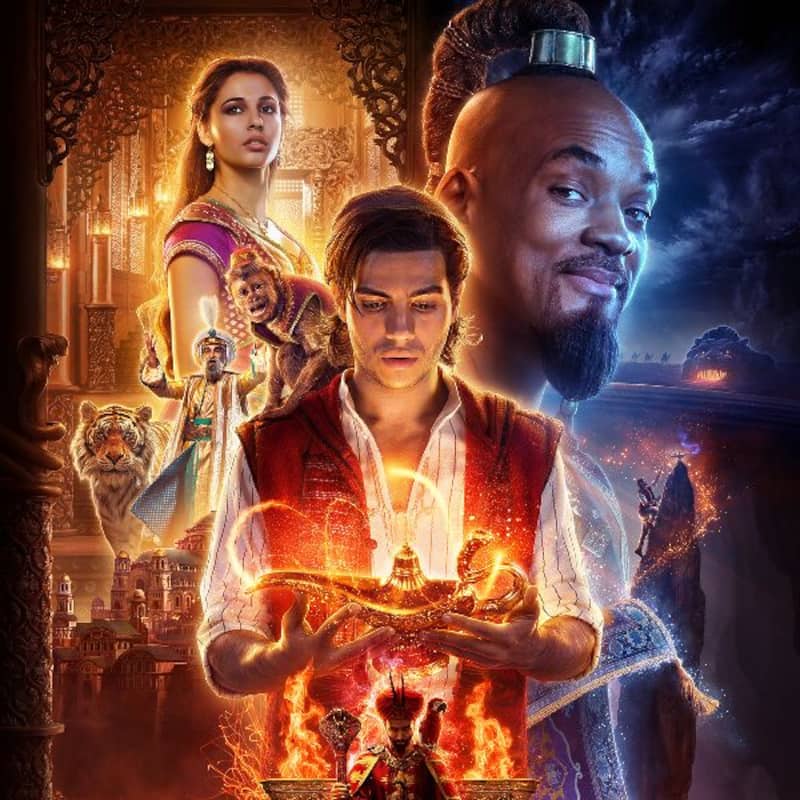 The much-awaited live-action movie Aladdin released yesterday and nostalgia knew no bounds when fans of the legendary classic Aladdin And His Magic Lamp rushed to theatres in throngs to catch the story they grew up on. Not just the 90's kids, but those even before that generation have devoured the story of Aladdin as they grew up. So, in 2019, when Guy Ritchie decided to present the story in live-action with an ultra modern spin by getting Will Smith on board as the loveable genie, fans were only too happy to welcome it with open arms. And the fact that Will can also rap and sing only adds up to the fun. In this new film, Mena Massoud plays Alladin, the street rat, who goes on to woo princess Jasmine (Naomi Scott) against the wishes of the scheming Jaffar (Marwan Kenzari). Also Read - Hollywood Weekly News Rewind: Johnny Depp suffers from erectile dysfunction; Tom Cruise to quit Mission Impossible franchise and more

In India, the other movies that clashed with Aladdin were Arjun Kapoor's India's Most Wanted and Vivek Oberoi's PM Narendra Modi. And without any surprise, the Genie won. People who have kids at home on their summer vacations and wanted to take them along for a movie, certainly found Aladdin as the apt option and rightly so, Disney’s Aladdin turned out to be the best opener of the week, collecting Rs 5.06cr GBOC on day 1 with Rs 4.25cr NBOC. Also Read - BTS: J-Hope's emotional moment at Lollapalooza moves Armaan Malik; fans thank him for the shout-out


Meanwhile, in the Hindi version of the movie, young Bollywood musician Armaan Malik has dubbed for Aladdin's character and the singer has also crooned a song for the film. The Hindi version of Aladdin’s famous track, A Whole New World has been recreated by Malik, and the song is titled Naya Jahaan. Stay tuned to BollywoodLife for the latest scoops and updates from Bollywood, Hollywood, South, TV and Web-Series.
Click to join us on Facebook, Twitter, Youtube and Instagram.
Also follow us on Facebook Messenger for latest updates.
Advertisement