Avengers: Endgame is challenging biggies like Baahubali 2, Dangal, Sanju and 2.0 at the box office

When the advance booking of Avengers: Endgame had started, fans jumped on the ticket booking sites to get their first-day-first-show entry, which even led to a crash of that site. Well, this craze got reflected on the huge collections, which the superhero film made over its opening weekend. Talking about the craze, people from the Bangalore city are making the shows housefull and the classic example of that is Cinepolis cinema in Bangalore, which has registered 99.52 per cent occupancy in its four days of release, which is insane. Also Read - From Thor to Avengers Endgame: 6 Marvel movies you should watch to become Loki-ready

Expecting 65 Lakhs+ Net in this Plex in first week?

Well, same kind of scenario can be seen across the globe, where fans are watching the film multiple times in the cinema halls and enjoying the experience. Lead actors of the film, Robert Downey Jr, Chris Hemsworth and Mark Ruffalo expressed their gratitude to the fans making Avengers: Endgame a universal blockbuster. Also Read - RM proves he's a TRUE Marvel fan by identifying Avengers: Endgame's soundtrack; here's how BTS members reacted – watch video

Smashing the box office across the globe, biggest opening of all time. All I can say is thank you to all the fans. None of this is possible without you guys. @marvel @marvelstudios @avengers 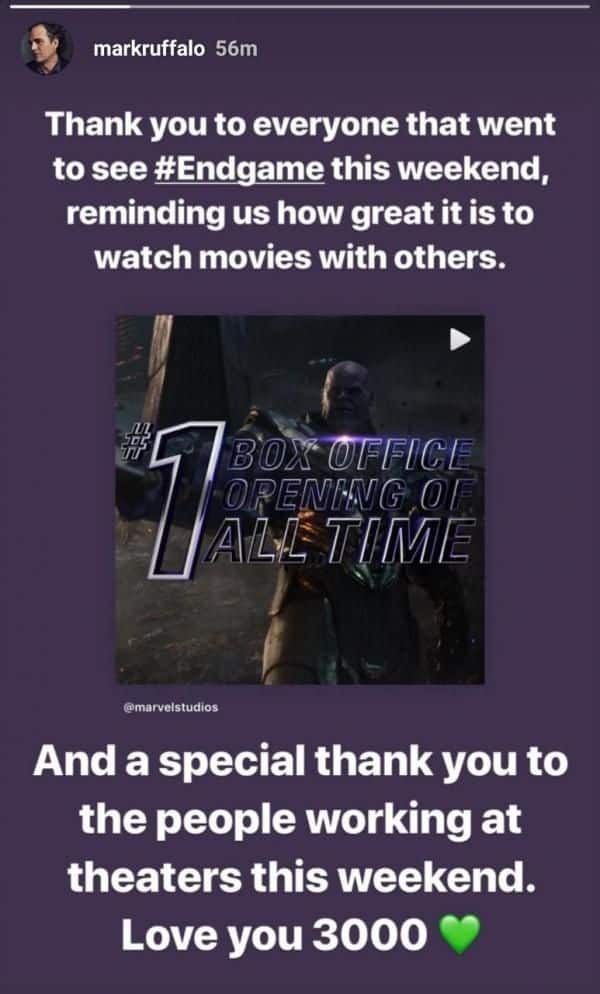 Also Read - Marvel fans put up billboards in LA for Robert Downey Jr's Tony Stark aka Iron Man; are we going to see his return? — deets inside

Anyway, have you watched Avengers: Endgame yet? Tweet to us @Bollywood_Life