Ajay Devgn's Baadshaho that released yesterday opened on a solid note with collections going over Rs 12 crore. The film made a staggering Rs 12.03 crore on its opening day. And with that opening day collection, the Ajay Devgn starrer has become the 8th highest opener of the year, beating the likes of Hrithik Roshan's Kaabil and Arjun Kapoor's Half Girlfriend. And right behind, Varun Dhawan's Badrinath Ki Dulhania and Akshay Kumar's Toilet - Ek Prem Katha. Also Read - Veteran filmmaker Rahul Rawail's son, Shiv, secures another biggie with YRF; will work with a star son in their OTT foray

Being an action flick, the film's opening day collection are good and is expected to see a growth on Saturday and Sunday. Also read: Baadshaho box office collection day 1: Ajay Devgn, Emraan Hashmi, Ileana D'Cruz starrer off to a flying start; earns Rs 12.03 crore on its opening day Also Read - Sooryavanshi: Akshay Kumar-Rohit Shetty-Katrina Kaif's film to RELEASE on THIS date; will also mark reopening of theatres in Maharashtra 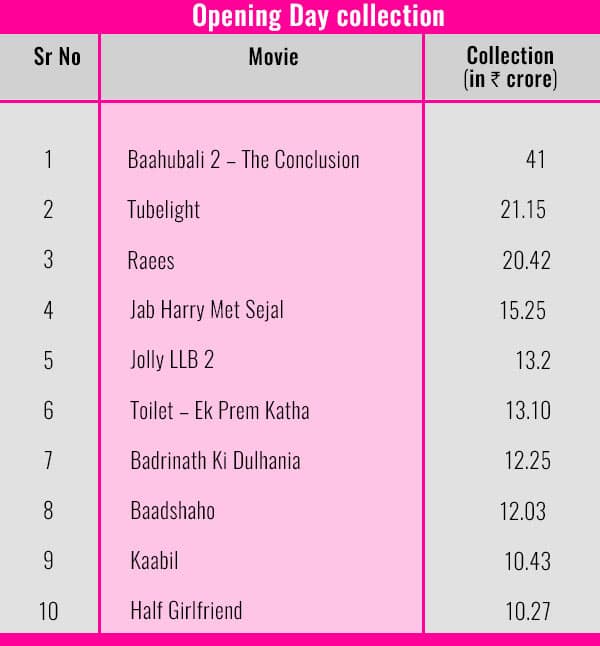 BollywoodLife in its review, praised the performances, especially of Emraan Hashmi, Ileana D’Cruz and Ajay Devgn but it was the bland second half that played the spoilsport. The review said, “Overall, the film is an opportunity lost, despite Ajay Devgn’s aura, Emraan Hashmi’s charisma and Ileana D’Cruz’s great performance, it’s a botched up job at best.”

Set against the backdrop of 1975 emergency, the film is about the robbery of a truck full of gold which belongs to the queen. Also read: Baadshaho movie review: Even heavy duty actors like Ajay Devgn and Emraan Hashmi can't save this heist film from becoming a train wreck

Earlier while talking to BollywoodLife, trade expert Akshaye Rathi had predicted a Rs 30-35 crore weekend for the film. Talking about the film he had said, "Baadshaho is a pure thoroughbred mass single screen film. I don’t see Baadshaho becoming huge in multiplexes. There is a great possibility that it will contribute majorly to small screens than compared to multiplexes."