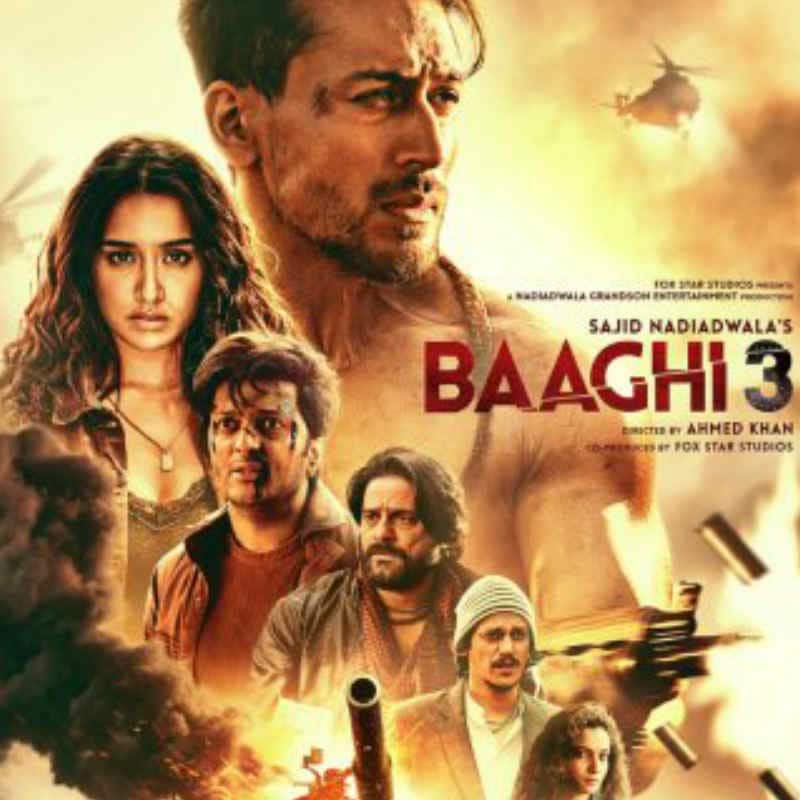 Director Ahmed Khan's Baaghi 3 is turning out to be a winner at the box office. The action entertainer has collected Rs 33.53 crore in two days and will cross the Rs 50 crore mark today. It will surpass the business of A Flying Jatt and Heropanti to become Tiger Shroff's fifth-highest grosser of all-time. Also Read - Ranbir Kapoor, Ranveer Singh, Tiger Shroff and more gen-Z Bollywood stars poised to be the next superstars after the Khans – here's how they rank

Tiger Shroff, who was on a promotion spree for Baaghi 3 recently made a huge revelation that he had a huge crush on his co-star Shraddha Kapoor. In an interview with Siddharth Kannan, Tiger said, “I used to have a huge crush on her in school.” Shraddha claimed to be completely unaware about it and said, “Mujhe pata hi nahi tha. Agar pata hota toh (I didn’t even know... if I had known), then I could do something na about it.”

When Tiger was asked why he never confessed his feelings to Shraddha, he said, “Meri bohot phat ti thi. Bas dekhta tha (I used to get very scared. I would just look at her). Not in a creepy way, but main bas door se dekhta tha (I would just gaze at her from afar). Jab woh pass karti thi hallway mein toh uske baal udte the (When she would pass me in the hallway, her hair would fly).”

Also starring Riteish Deshmukh and Ankita Lokhande in key roles, the film is directed by Ahmed Khan. It is produced under the banners of Nadiadwala Grandsons and Fox Star Studios. So, have you watched the film? Tweet and let us know @bollywood_life.
Stay tuned to BollywoodLife for the latest scoops and updates from Bollywood, Hollywood, South, TV and Web-Series.
Click to join us on Facebook, Twitter, Youtube and Instagram.
Also follow us on Facebook Messenger for latest updates.
Advertisement